City council members previously voted 10-4 to remove the statue back on December 9th. 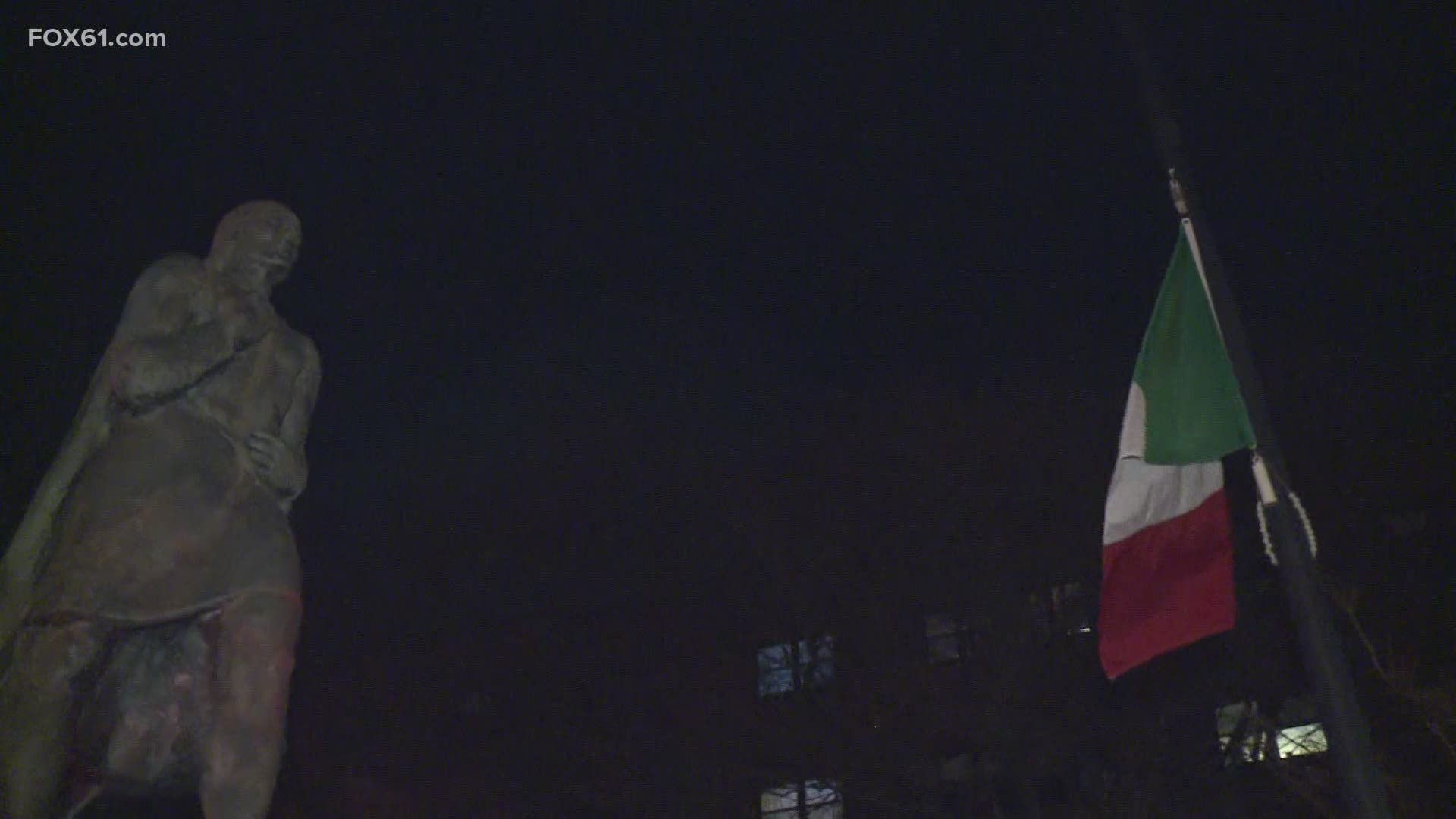 This time their voices went unheard as city council members did not have enough votes to overturn Mayor Erin Stewart’s veto.

City council members previously voted 10-4 to remove the statue back on December 9th.

“Us removing the Christopher Columbus monument or voting on it was never about the race, it’s about the representation for the city of New Britain.”

Several Republicans joined Democrats voting to remove the statue when they made the vote in December, while other Republicans stood on the opposite side.

“I’m someone who actually voted against removing it, I don’t think history should be denied or erased in any form,” Majority Leader and Italian-American Daniel Salerno said.

Despite the council’s vote, Mayor Erin Stewart’s vetoed their resolution that would have resulted in the immediate removal of the statue from the city’s McCabe Park. Members were forced to vote to overturn her veto Wednesday evening but were unsuccessful as they needed ten votes and only received eight.

Those arguing for the removal say that Christopher Columbus represented racism and oppression, while others say it represents the history and the American Italian heritage.

Following protests across the state, cities such as New Haven, Hartford, Middletown, and New London removed their statues last summer.