Building described as the heart of New Hartford is demolished

The fire tore through three floors of the building, causing a partial collapse in the back. Only the brick facade was left standing. 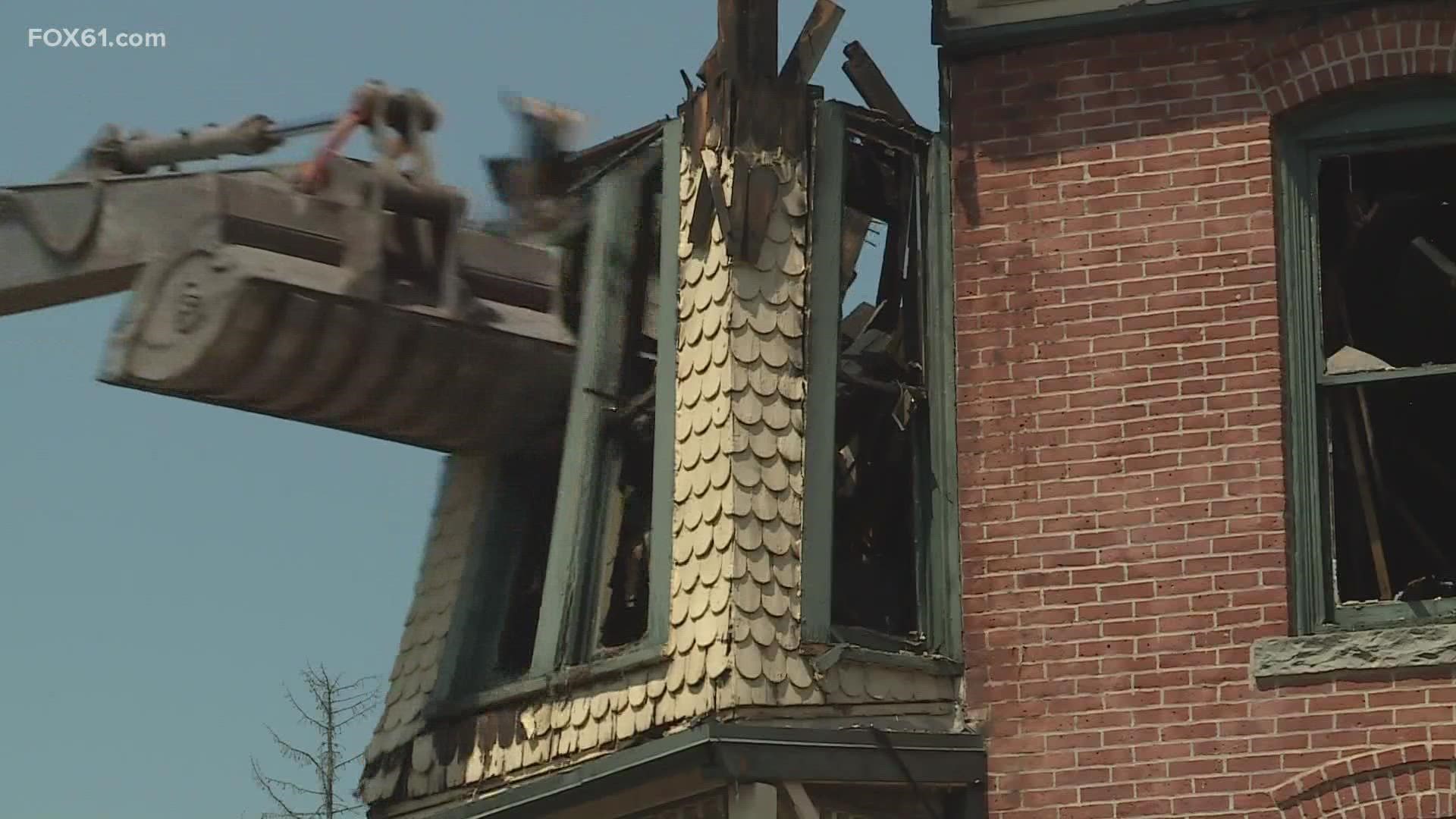 NEW HARTFORD, Conn. — Reduced to rubble. Residents of New Hartford have hopes that their historic center of town will soon rise from the ashes after being devastated by fire.

More than 20 people including two children are now without a place to call home after a massive blaze gutted the historic New Hartford Home, which was torn down Wednesday. Many community members came out to witness the emotional demolition.

One hundred and twenty years of history was level with the swipe metal bucket. "I would love to see a clock tower up there again someday. We need to have this rebuilt the way it was," said Markie.

From this tragedy emerged a united community.

"I’m seeing so many people that I used to know and it’s bringing tears to my eyes," said McGuirk. They swapped stories of dinner at the former Chatterly’s Restaurant and about the building's once pink-painted facade.

After contentious debates at the town hall, the New Hartford House bar was where the local political leaders came to wash back their differences.

"We’ve been using that building for 50 years. It’s the most important building in this town," said Bill Baxter.

"I have a tear in my eye really. I didn’t think it was going to be this emotional but it is. You look at a building at assume it’s going to be there forever," said Millie Strickland of West Hartford.

Noted for its New England mill town architecture and old west saloon vibe, the New Hartford house was more than just a structure. It was the heart of New Hartford. "I can’t fathom a big hole in the center of our town," said McGurk.

"We will recover. We will galvanize and we will make this downtown viable again," said Baxter.

The New Hartford House was also important in the history of the United States as the man who was awarded the first patent for a sewing machine was living here.

Town leaders haven’t said what, if anything will replace the New Hartford House and the investigation into what caused the blaze is still ongoing.

John Barbagallo, the PIO for the Norfolk Fire Department, said that clearing the site may take up to two weeks.

Two GoFundMe accounts have been set up