People demanding changes to inequality, as well as police officers' use of force have taken to the streets, even in Connecticut. The rallies have continued Friday. 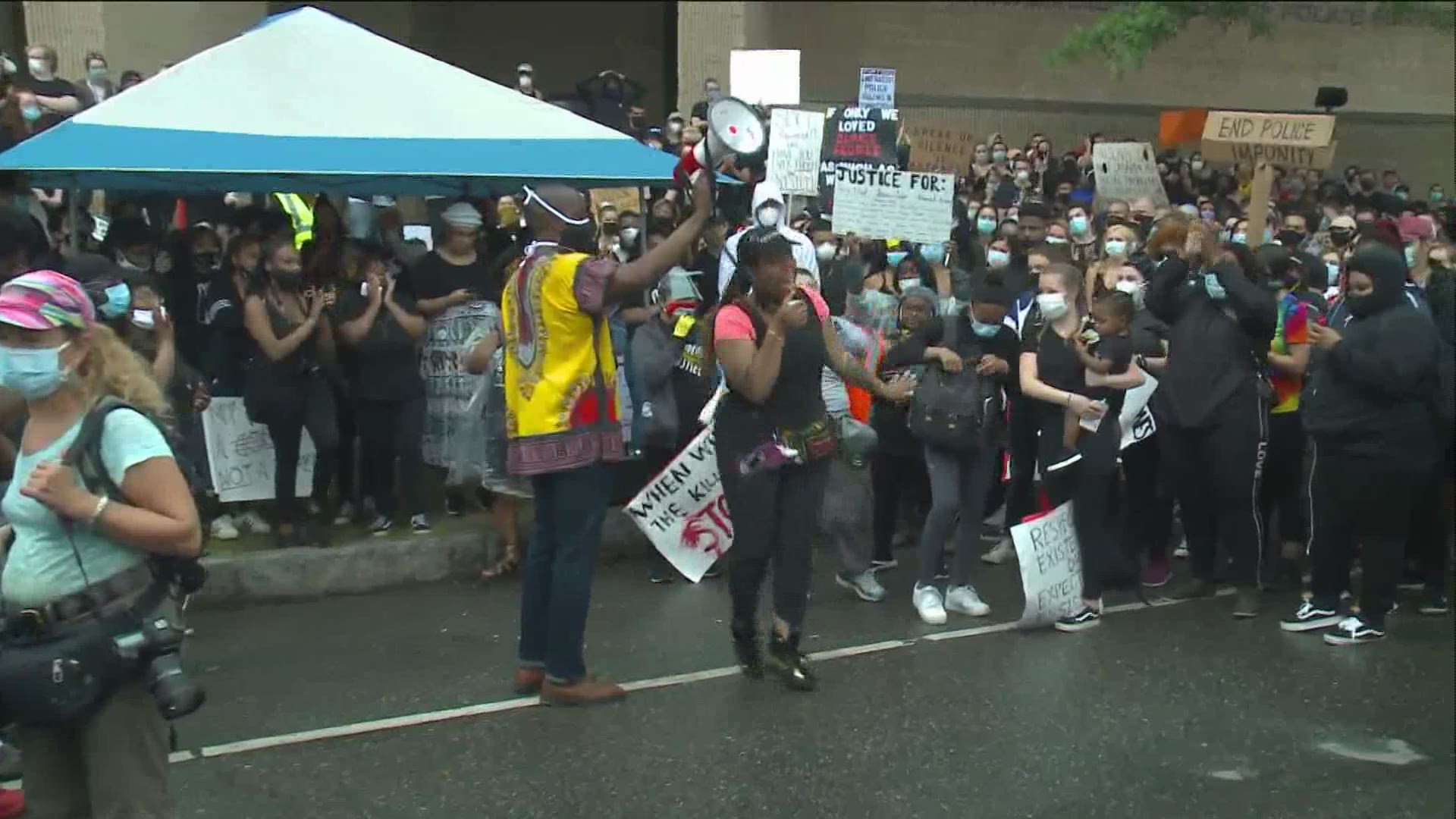 NEW HAVEN, Conn — In the wake of George Floyd's death in Minneapolis Police custody, protests have erupted from coast-to-coast in the US.

People demanding changes to inequality, as well as police officers' use of force have taken to the streets, even in Connecticut. The rallies have continued Friday.

Late Friday afternoon, roughly 1,000 of people gathered outside the New haven Police Department after marching from the New Haven Green.

Mayor Justin Elicker and other city officials were seen among the crowd of protesters. 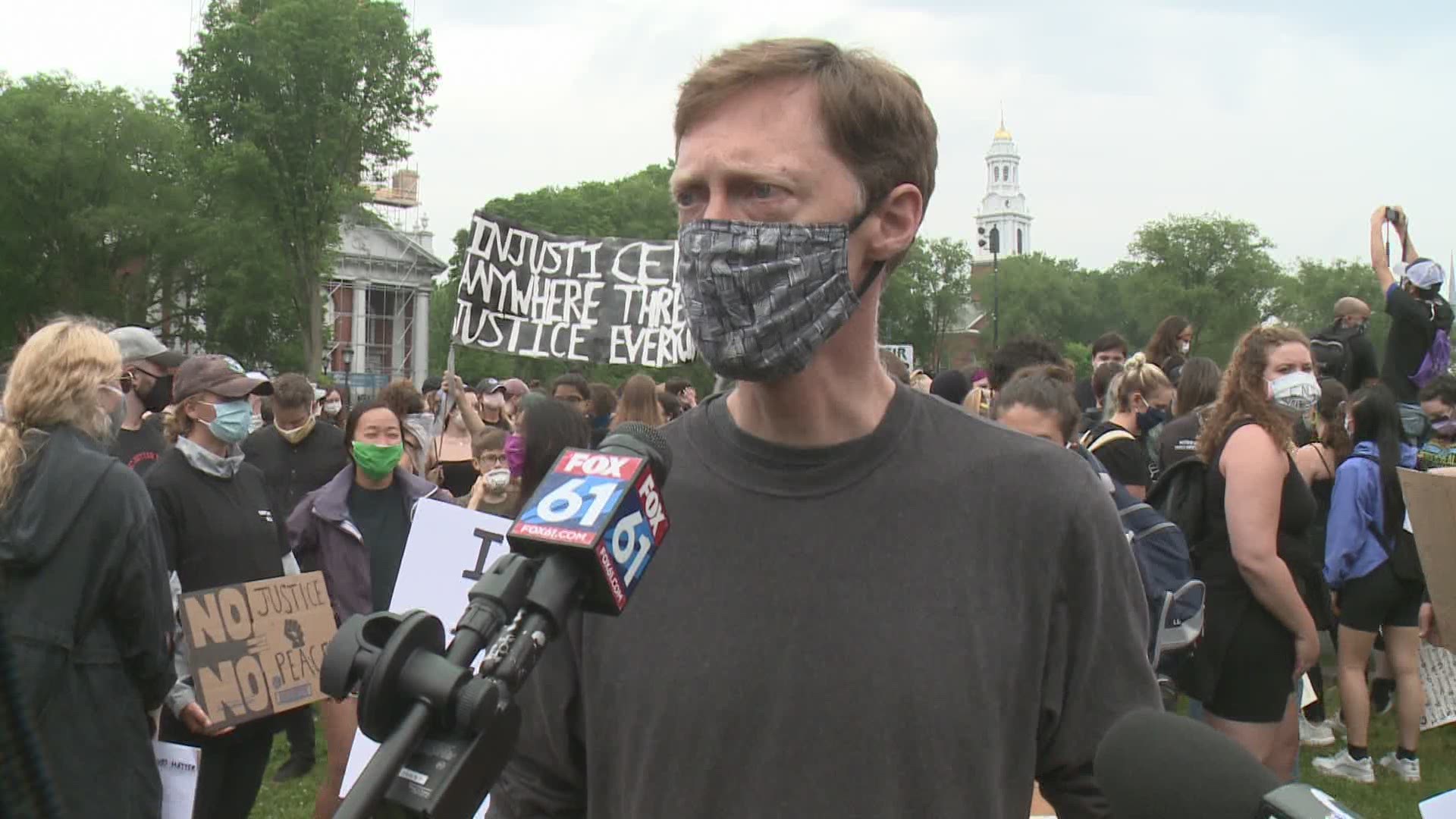 FOX61 has two crews live on scene. Here's what it looked like.

Protesters also ca,e out by the hundreds in several towns Friday afternoon. 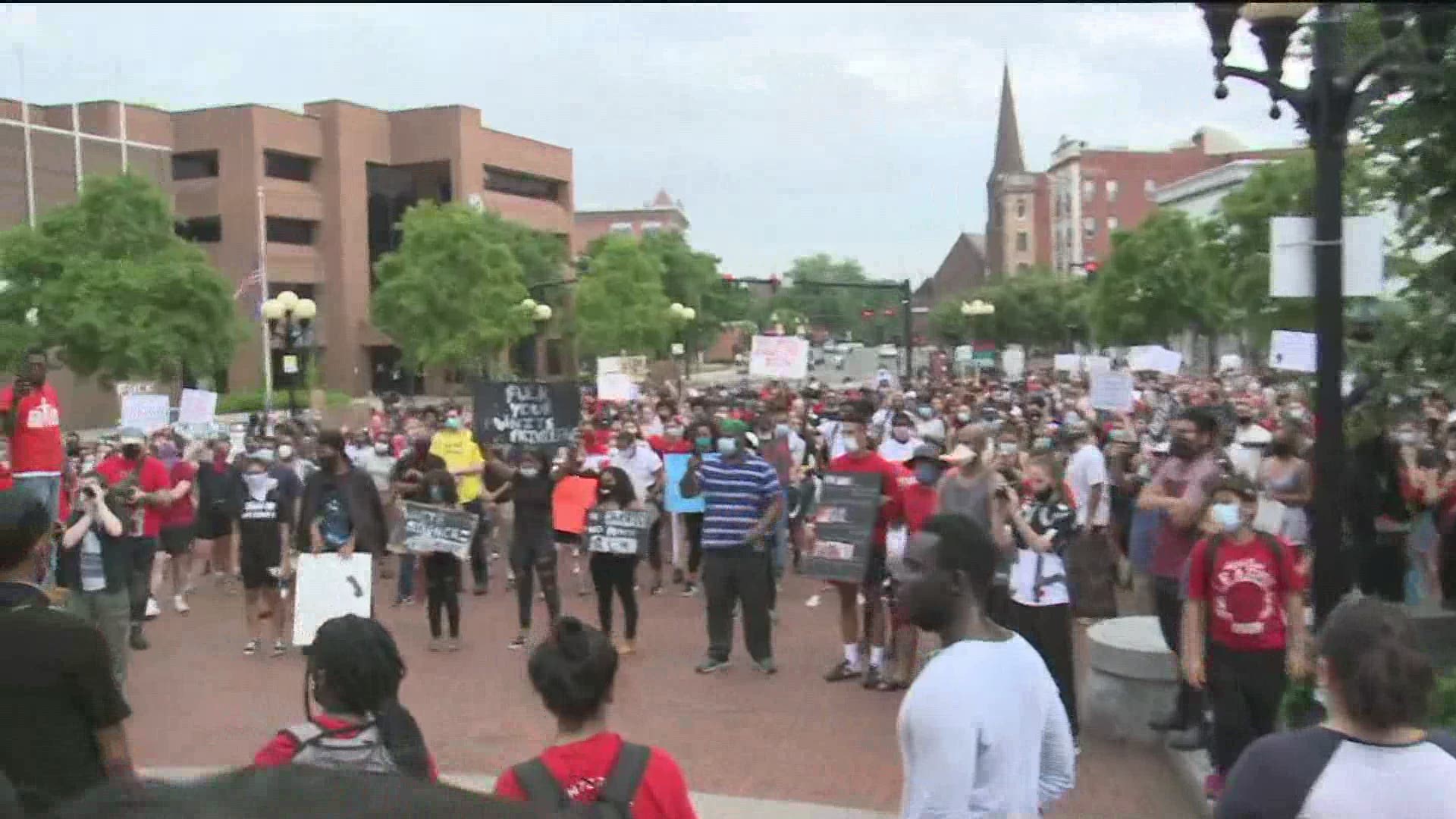 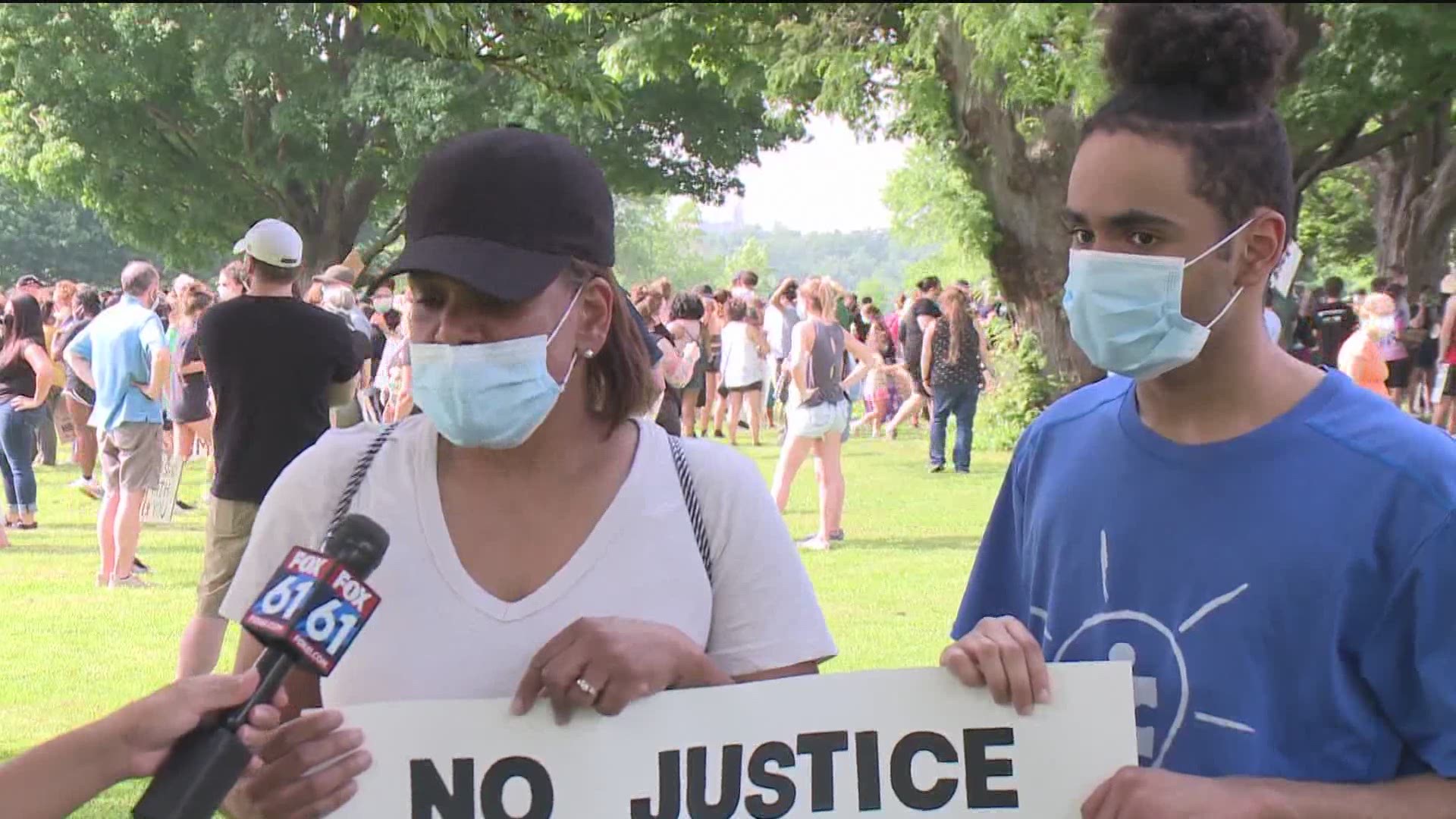 On Thursday, hundreds of people also gathered in the center of Newington to protest police brutality.

The peaceful protest began at the center green before heading down Main street. They marched for about 40 minutes of the two-hour event.

Their route brought them back to the intersection of Main and Ceder Street.

Demonstrators laid down on their stomachs in the intersection chanting “I can’t breathe.”

Those were the same words said by George Floyd as officer Derek Chauvin knelt on his neck for over 8 minutes.

The protest began with people taking turns talking about their experiences with injustice and calls for change.

A poem from one of the protestors Camille Stewart, of Bridgeport: