The union leadership expressed their displeasure over several issues within the department, including the hydrants. 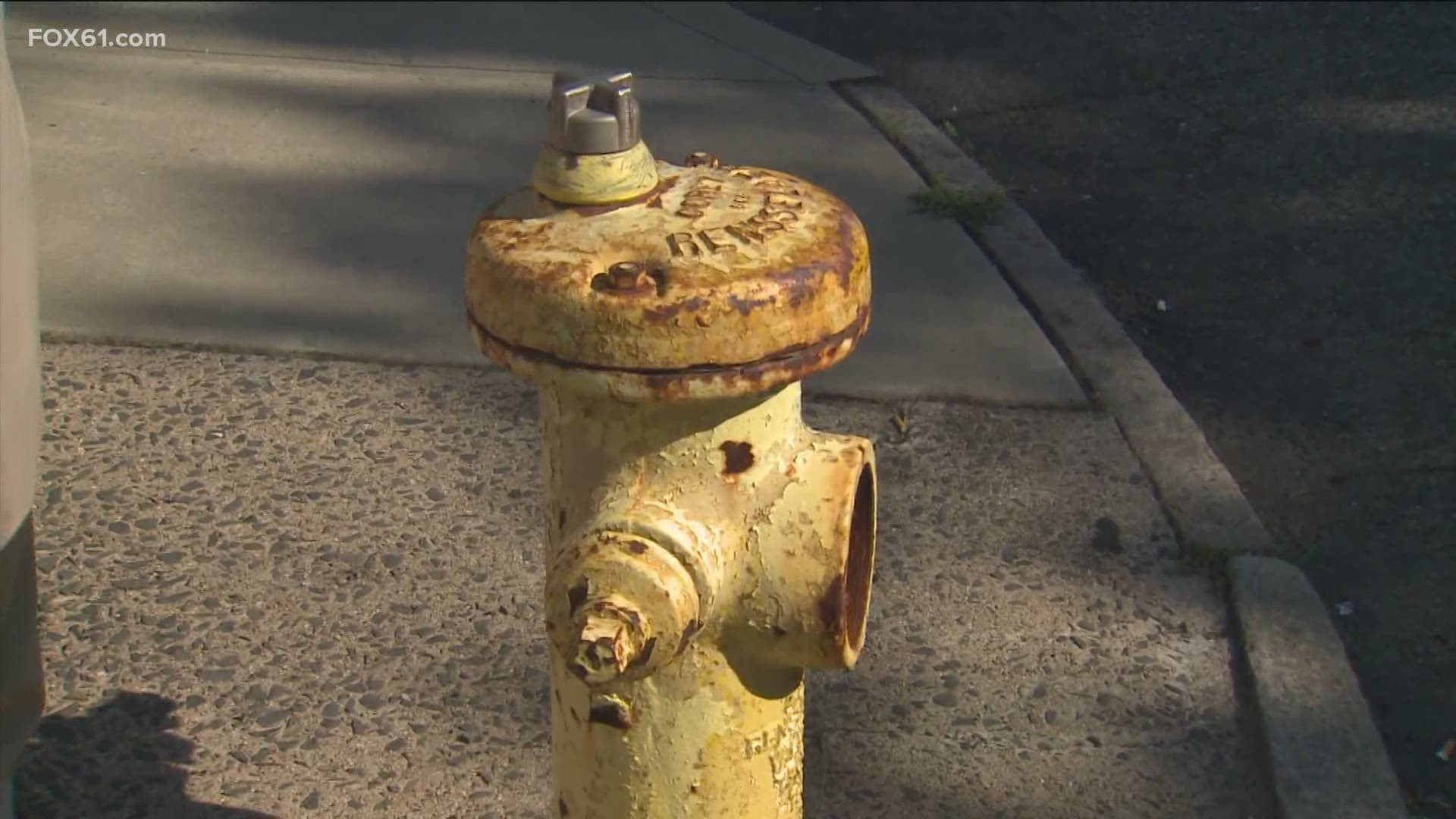 NEW HAVEN, Conn. — Nearly 130 fire hydrants across New Haven do not work. But city officials say it is not a public safety concern.

During a Thursday morning press conference, the New Haven firefighters union leadership expressed their displeasure over several issues within the department, including the hydrants. The union contends this administration has ignored the problem.

At the corner of Howard Avenue and Columbus Avenue stands one of the inoperable hydrants. It was hit by a bus nearly two years ago but was never fixed. The union pointed out that the hydrant sits across the street from a school.

"Your local leadership, your politicians, have failed you and they have failed us," said Patrick Cannon, the President of the New Haven Firefighters union.

Cannon says the fire department presently has just one mechanic to fix hydrants and trucks. But the chief says the two long-vacant mechanics positions will soon be filled.

"They were interviewed two weeks ago," said New Haven Fire Chief John Alston. "They’ve received offer letters and are in the pre-hiring process."

The chief notes that, with fewer than five percent of the city's approximately 2,600 hydrants broken, the public is not at risk. He notes that within 300 feet of every inoperable fire hydrant is a functioning one. Also, each truck has between 800 and 1,000 feet of hose, Alston said.

The union also contends the city is dragging its feet on filling the key chief of operations position, which has been open for four months.

"That position responds to all major incidents, including fires," said Cannon.

Mayor Justin Elicker (D-New Haven) said the city was set to make a hire several weeks ago "and then the fire department and the city experienced a very significant tragedy we all know," Elicker said. "The loss of firefighter Torres and significant injuries to Lt. Rankins."

The union leadership was asked if, in their opinion, the result of the deadly Valley Street blaze might have been different if a chief of operations was in place.

A stunned and disappointed Alston responded.

"After 36 years in this industry and being at that fire, an assistant chief of operations would not have made a difference," said Alston, who added that it saddened him that the union leadership would even use the Valley Street fire to make their point about a need for an operations chief.