Among the dozens of people who marched were Mayor Justin Elicker and members of the New Haven Police Department. 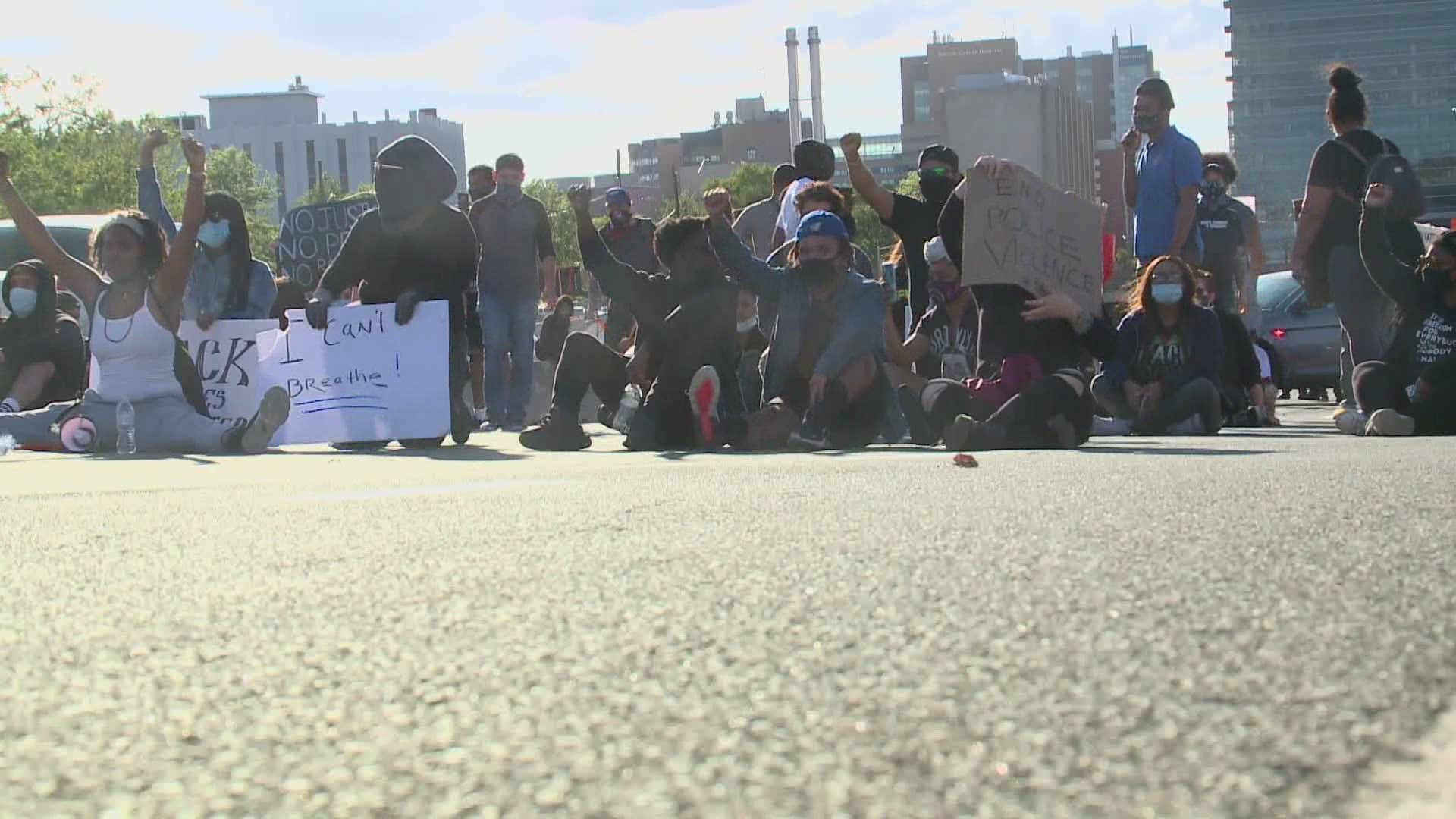 NEW HAVEN, Conn — Protesters were back out on the streets of New Haven Wednesday but with a different tone.

The peaceful march from the city green to the steps of the police station included city officials.

Among the dozens of people who marched were Mayor Justin Elicker and members of the New Haven Police Department.

"From being here Sunday, from being pepper sprayed, Mayor Elicker not coming out and saying anything to us to today. He’s kneeling with us. Marching with us. The Chief's here talking with us. It’s a positive," said Jason Dorsey.

A positive step in the right direction for the Elm City. Mayor Elicker knelt with protesters. They talked directly about the concerns over excessive police force, injustice and institutionalized racism.

"They shared and discussed with what we’ve seen around the world as far as police brutality is concerned," said Dorsey. "We’ve created a positive dialogue today to move forward in finding a solution for change."

The positive dialogue continued out in front of the Police Department on Union Avenue.

Chief Tony Reyes invited some representatives from the group to talk one-on-one after the march.

"When we took our oath here on Saturday we do mean that," said Asst. Chief of Police Renee Dominguez. "That’s how we police every day and we are willing to show with our actions that that is how we feel. That is the New Haven Police Department."

The dialogues created by marches all over the state and the country are sparking formal action.

“At this point in time, there is no denying that something needs to be done yesterday and that this should be a priority for anyone," said Rep. Robyn Porter of the 94th Assembly District.

Hamden Action Now hosted a discussion with a number of state senators and representatives about legislation for change.

They discussed regulation that would cut through the layers of bureaucracy preventing consequences for police misconduct. Especially in situations that end a life.

"We need to do something to really change the systemic protections that are just built into the system," said Rhonda Caldwell.

They are hoping to have legislation ready by the special session but know they face hurdles with labor and police unions.

“This does not mean you’re going to lose the right to grieve an administrator who is arbitrarily punishing you," said Michael D'Agostino of the 91st Assembly District. "That’s not what this is about anymore. It’s about saving lives."

There was also discussion about creating more citizen review boards in municipalities across the state.

Mayor Elicker has made that one of his top priorities. He says the city still has a lot of work to do as only eight of the 15 seats are filled.