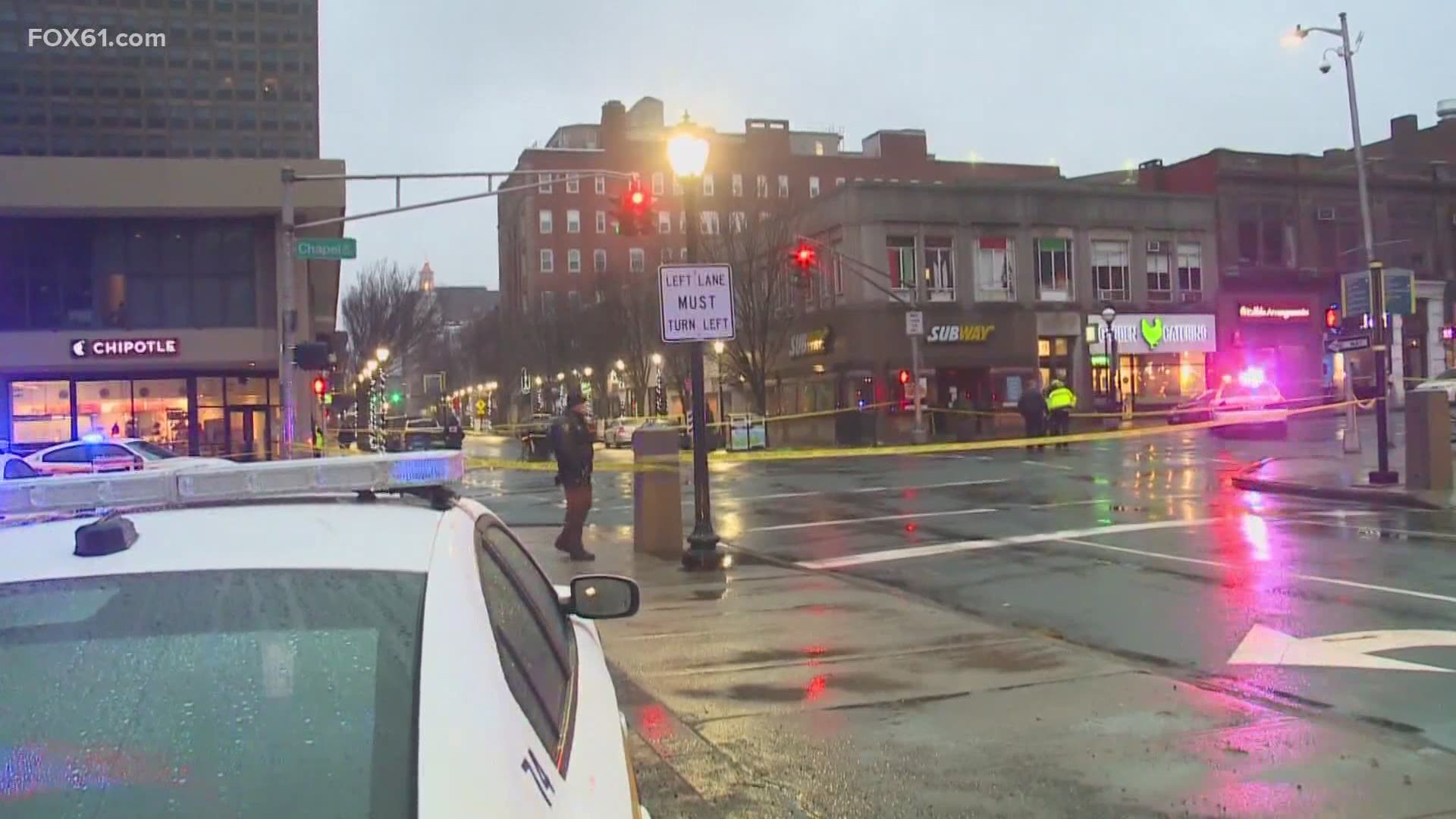 NEW HAVEN, Conn. — Thursday was a bad day for pedestrians in New Haven. In separate incidents, police say three people were struck by vehicles while crossing streets. One of them was a fatal incident.

"It is believed that the driver of the FedEx truck did not realize that he struck her," said Acting Police Chief Renee Dominguez. "We did eventually stop the vehicle and the operator."

The FedEx truck operator is a 31-year-old Bridgeport man.

"At this point, the investigation is continuing," Dominguez said. "No charges were brought yesterday."

But the driver will receive a citation for making an illegal right turn on red from Chapel to Temple Street. Police say the victim was struck by the right front of the delivery truck.

"There is a ton of video.," Dominguez said. "There are some great witnesses. So, there’s a lot more work to do."

And the truck operator has been cooperative, according to Dominguez.

Further details, including whose fault this deadly incident was, remain under investigation by the NHPD Accident Reconstruction Team.