One company is investing over $150 million building new housing throughout southeastern Connecticut. All this development because of an exciting economic future 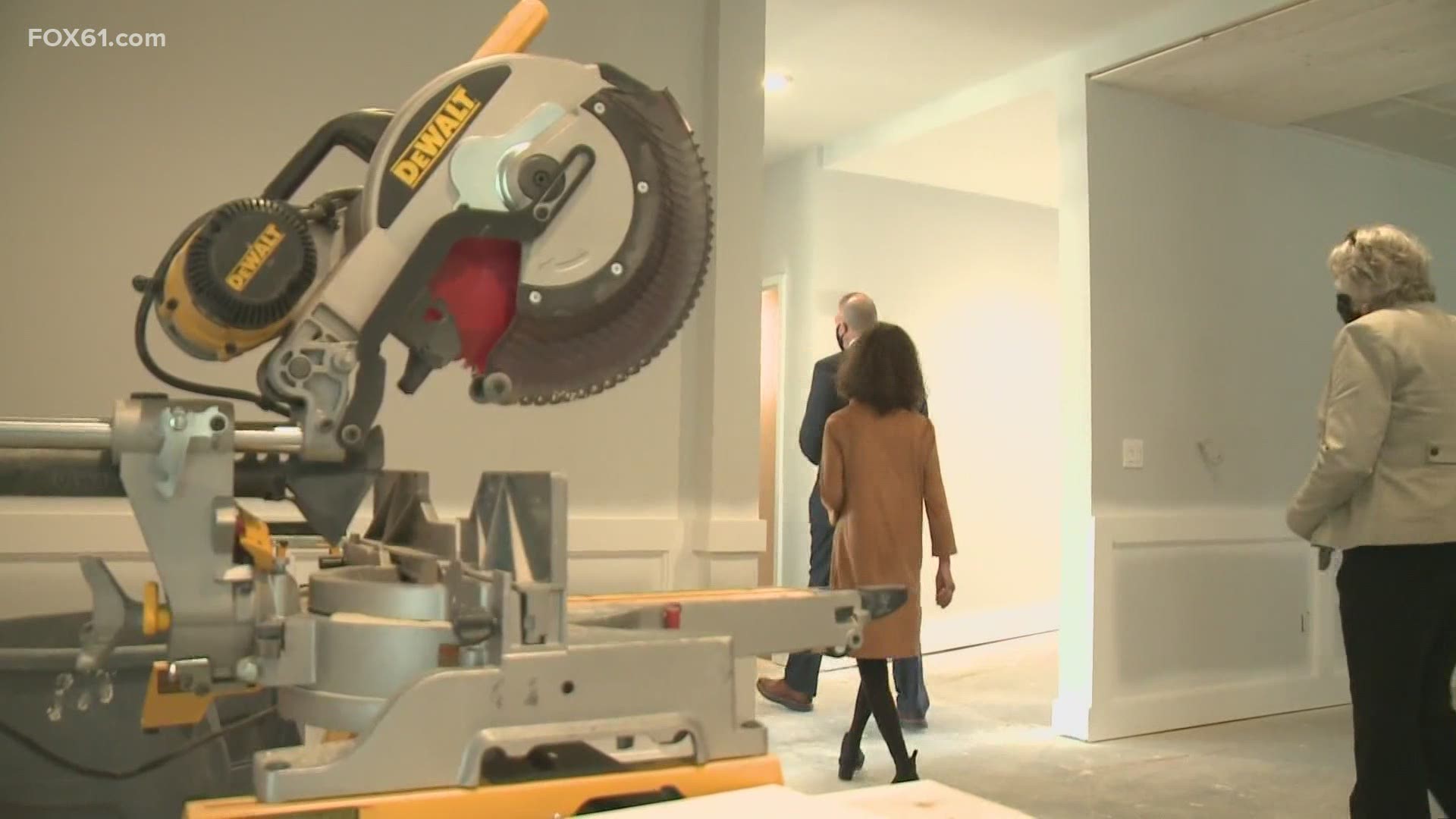 NEW LONDON, Conn. — Gov. Ned Lamont addressed the East Connecticut Chamber of Commerce's virtual breakfast Wednesday morning with news that the state's economic growth was one of the best in the country over the 4th quarter of 2020, behind only Utah, Texas and South Dakota.

After the breakfast, he visited New London, where the economy is surging.

A brand-new apartment complex in Shaw's Cove, which is part of the over $800 million in commercial investment already in the pipeline in the city’s re-development, hosted the press conference.

"Right here today we have our new project called The Docks," said Jason Kambitsis, of the A.R. Building Company. "It’s going to open in June of this year. Its 137 units combine studios, one-bedroom and two-bedrooms."

A.R. Building Company is investing over $150 million in building new housing throughout southeastern Connecticut. All this development because of an exciting economic future.

"Manufacturing is alive and well in Groton and growing here in New London with Electric Boat, wind turbines off the coast are going to provide some more opportunity," said State Sen. Paul Formica (R-East Lyme).

New London will earn at least $750,000 per year for seven years in a deal with Danish power company Orsted and Eversource, who will use the State Pier as the hub for their offshore wind business.

"Thanks to Joe Courtney and Joe Biden down in Washington, DC there is a lot of money going into infrastructure," Lamont said. "Wind power is going to be one of the big investments they make."

"March 29 the Biden administration came out with again the offshore wind policy, which is again going to aggressively accelerate the permitting for offshore wind," said U.S. Rep. Joe Courtney (D-Connecticut).

Plus, there's Electric Boat, which is adding tens of thousands of jobs and has a nearly $40 billion in U.S. Navy.

With all that’s going on in the area, Congressman Courtney said they could do a ribbon-cutting every day for months.