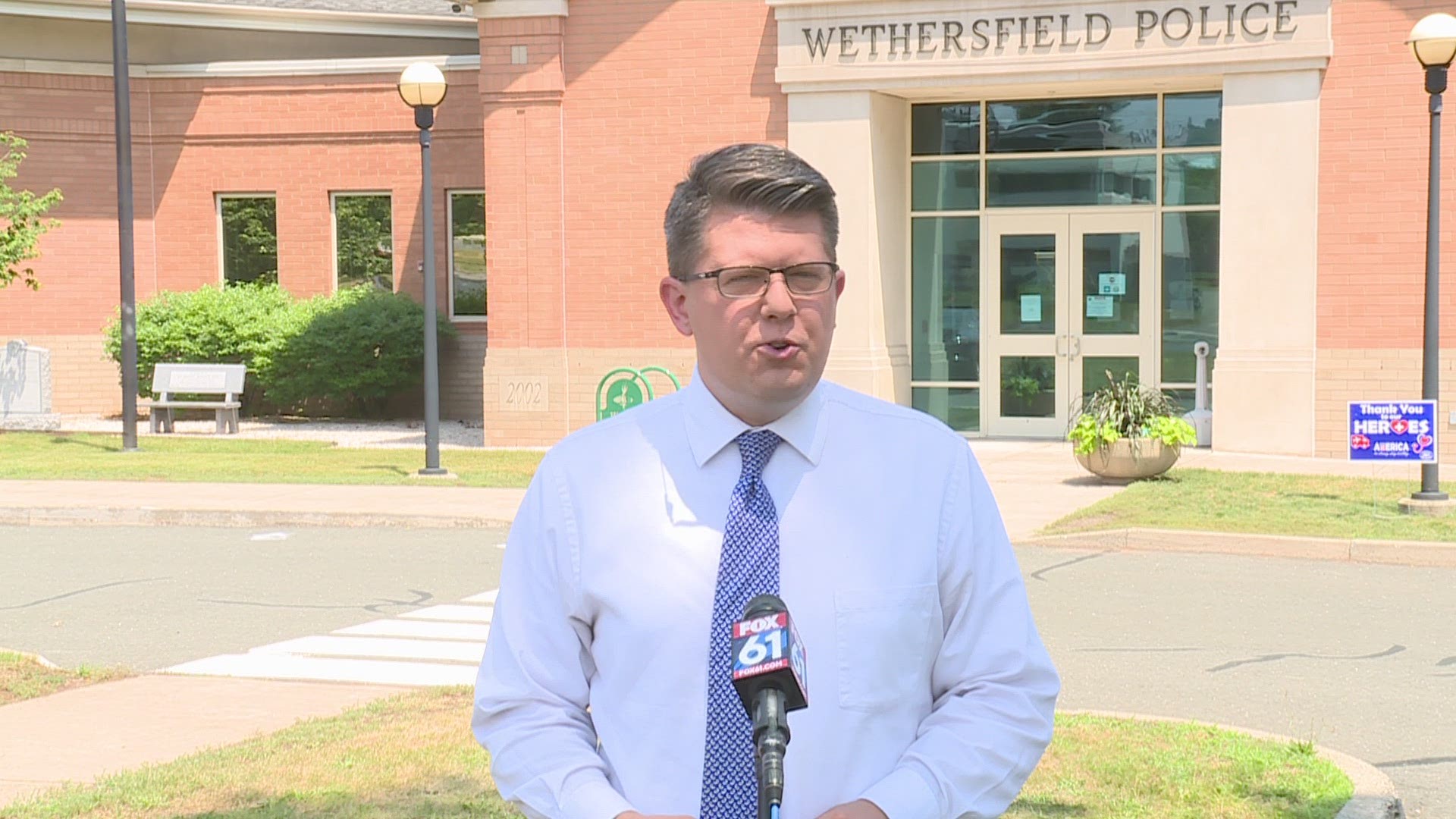 WETHERSFIELD, Conn. — A FOX61 follow up to the incident where Wethersfield Police were yelled at by bystanders for pointing their guns at a suspect while conducting an investigation just across the town line in Hartford. Police have released two new body camera videos and a dash cam.

The tense scene comes as the climate of racial tension across the country in addition to the fact that last year, Anthony Vega Cruz was shot and killed during a traffic stop in Wethersfield.

On Tuesday police released the body camera video of a supervising officer responding as backup to the kidnapping arrest of Pedro Contreras of New Britain. 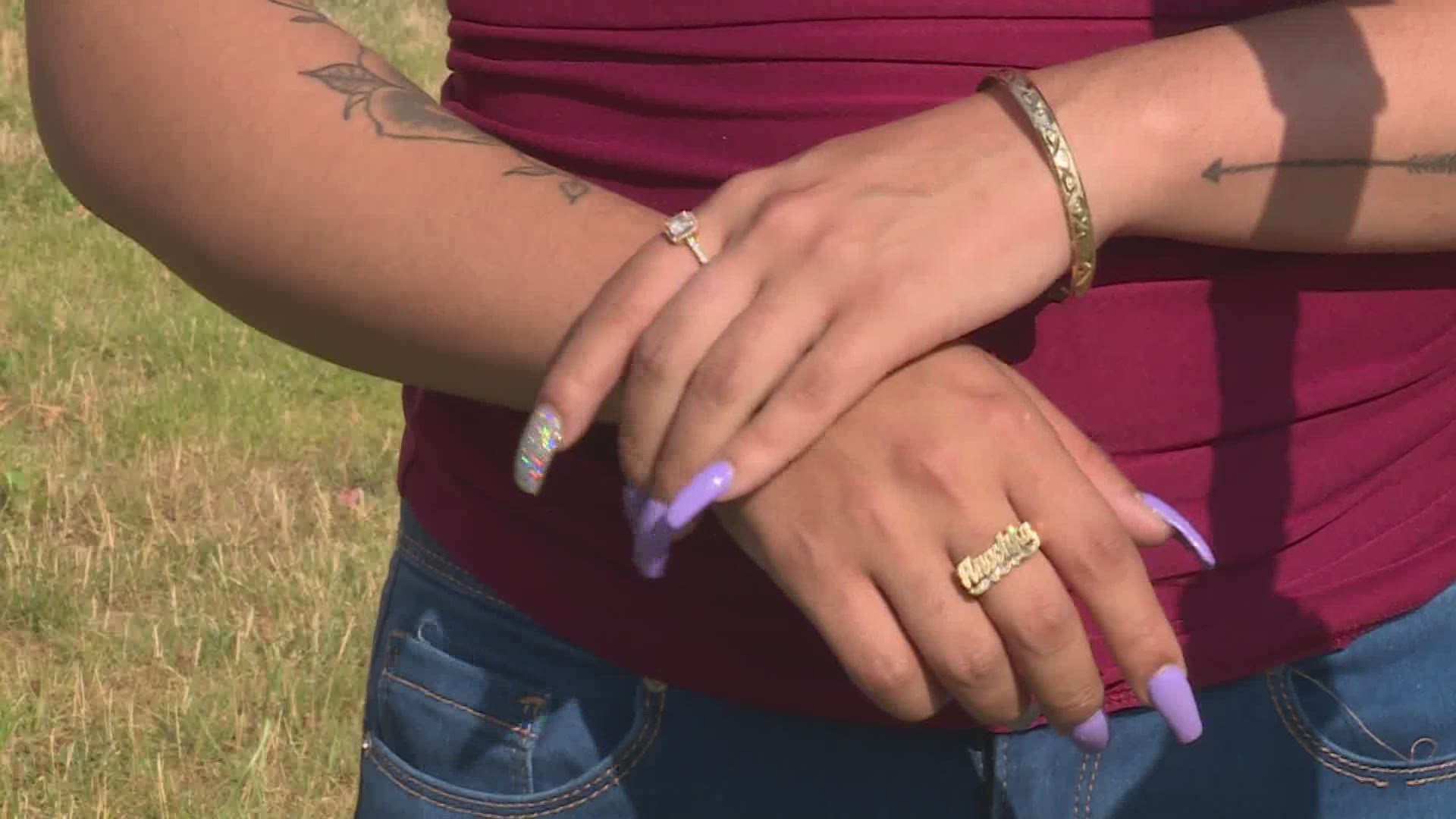 On Thursday, Wethersfield police released three new videos including the body camera of the first officer on scene who drew his weapon. Officer Murphy can be heard on video yelling, "Put both hands out the window." Wethersfield Police Chief James Cetran. "In fact he would be in serious trouble if he didn’t have his gun drawn in a felony stop."

In the video, Officer Murphy says, "Just stay there and relax and it will be fine." He radios for backup. "Were starting to get a crowd here." Bystanders approach the scene and start shouting. "Too many (expletive) are getting killed right now,": yells one man. Officer Murphy responds, "No one is going to get killed. Go away, go away!"

Police are able to make the arrest as the onlookers continue to shout. "I wish you would shoot me," yells one man. Another man approaches the officers a bit more calmly and says, "Pulling your guns out though, the way things are right now though, that stuff is crazy." Another officer interjects, "We knew information before we got here."

Wethersfield Police had Information that Contreras walked into a business along the Silas Deane Highway to confront a man. Contreras was allegedly jealous and angry after his girlfriend had contact with a man who worked there. Contreras came in with a tire iron. Newly obtained security camera images from inside the business show he had a tire iron. The victim said, "He has a bad tire on his car so he always has that thing in his car."

In an exclusive interview with FOX61, the victim said Contreras shouldn’t be charged with kidnapping. "He didn’t kidnap me at all." She then explained why she was crying during the arrest. "I was crying because they had their guns out," said the victim. Police claim evidence shows Contreras forced the victim into his car. Chief James Cetran said Contreras, "Forcibly kidnaps her, drags her across the front lawn and thrown her into his car."

With Contreras now in handcuffs, he was loaded into the back of a Wethersfield police car and had a question for officer Gonzalez who was transporting him. "Can I please give me girlfriend a hug?" he asked. "I’ll be honest with you I can’t do that bro," said Officer Gonzalez. Contreras because more upset. "Come on that’s my baby mother. Come on! That’s my baby’s mom!" Contreras then made a threatening remark to the transporting officer. "I promise you y’all are going to regret it. I’m going to come for you all."

Contreras arrived at booking and was being processed for intake as he told officers he doesn’t hurt his girlfriend. "Bro she used to get beat," he said. "I never even saw her cry once. Ever. That’s how right I treat her." But that doesn’t jive with what police say happened at her house. The victim admitted that initially, Contreras tried to force her into the car, "He didn’t drag me he just picked me up and was putting me inside his car and that happened like a few times and after I told him alright come on let’s go."

During the arrest bystanders yelled at Wethersfield Police to get out of Hartford. "You need to go work in your district where you really live at," yelled one man. "Get the (expletive) out of Hartford. Your not from here!" But Wethersfield Police told Hartford as a courtesy that they were in the city. The supervising officer can be heard on body camera video radioing into dispatch, "You can tell Hartford to slow down." And Hartford Police confirmed to FOX61 there is no jurisdictional issue with Wethersfield being there. Lt. Paul Cicero said, "If it’s a Wethersfield investigation and it ends up and leads into Hartford they can come into Hartford whether it’s a misdemeanor or felony investigation."

Hartford Police say they have a good working relationship with all the departments that border them. Wethersfield Police Chief Cetran says they are in the process of obtaining arrest warrants for the bystanders who, they say, were interfering with the police investigation.