New York would become the 16th state to legalize marijuana sales to adults. 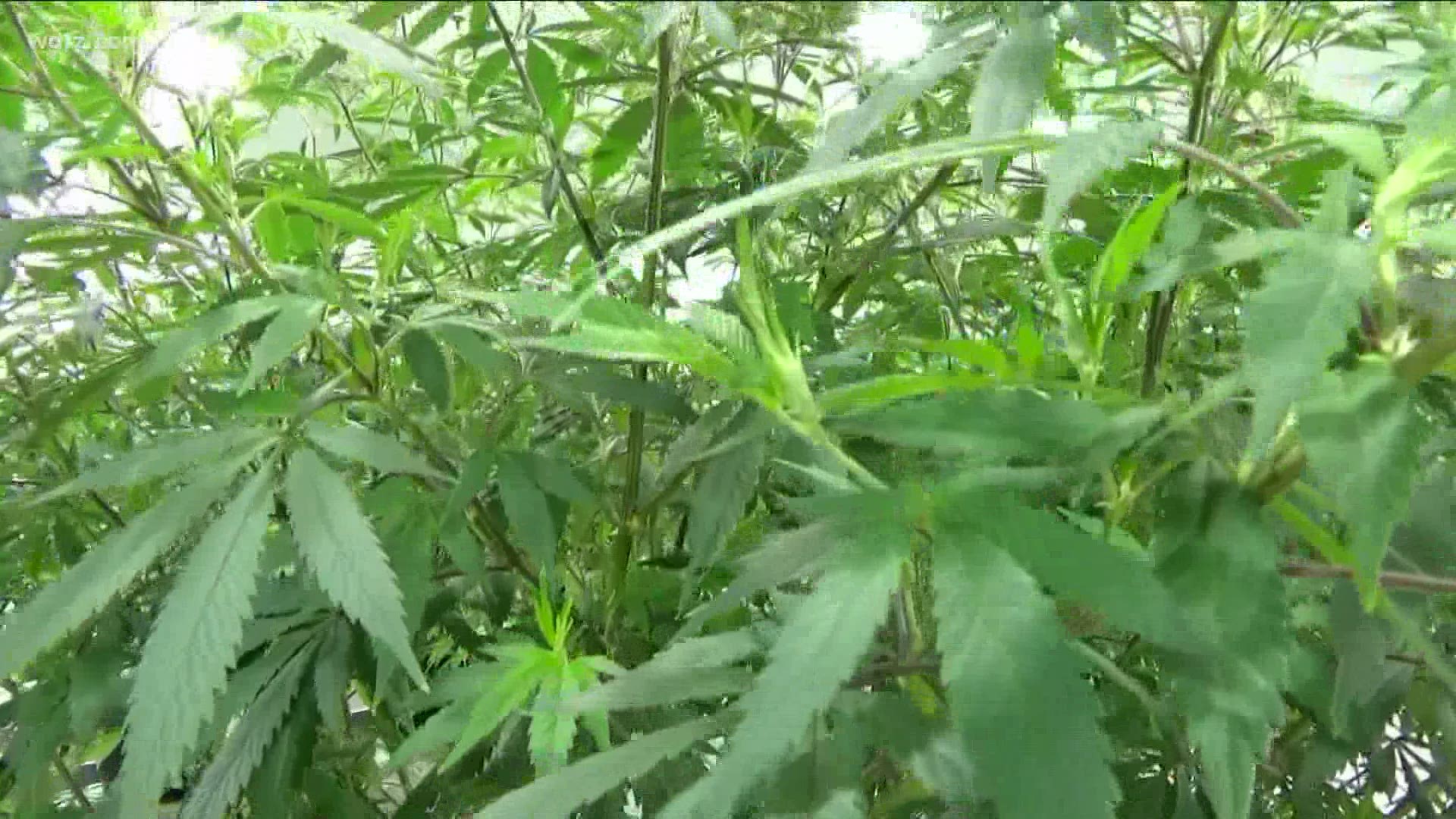 ALBANY, N.Y. — New York would legalize possession of small amounts of marijuana and eventually allow marijuana sales to people over the age of 21 under a bill that passed the Senate and Assembly Tuesday.

Legislative leaders will now send the bill to Gov. Andrew Cuomo. The governor has ten days to approve or veto a bill once it lands on his desk, otherwise, the bill becomes law.

It has taken years for the state’s lawmakers to come to a consensus on how to legalize recreational marijuana in New York. New York would become the 16th state to legalize marijuana sales to adults.

“I am proud to have fought so long for this legislation and to finally see it pass,” said Assembly Majority Leader Crystal D. Peoples-Stokes. “We are providing marijuana justice by ensuring investment into the lives and communities of those who suffered for generations as a result of mass incarceration. The results will be transformative for people across New York State – it will create economic and research opportunities, jobs across a wide variety of sectors, and a safe and reliable product.”

"Tonight, the New York State Legislature took the first step in a major leap forward for the Empire State by passing legislation to legalize adult-use cannabis. I thank Senate Majority Leader Andrea Stewart-Cousins, Assembly Speaker Carl Heastie, and the many legislators who worked tirelessly on this issue for securing passage of this historic legislation.

"For too long the prohibition of cannabis disproportionately targeted communities of color with harsh prison sentences and after years of hard work, this landmark legislation provides justice for long-marginalized communities, embraces a new industry that will grow the economy, and establishes substantial safety guards for the public.

"New York has a storied history of being the progressive capital of the nation, and this important legislation will once again carry on that legacy. I look forward to signing this legislation into law."

Not only will this help correct an unjust system that targets marginalized communities, it will create jobs & invest in those who have been historically underserved.

We are building back better — and greener 🌿— in NY.

“The legalization of marijuana is a racial and criminal justice imperative, and today’s vote is a critical step towards a fairer and more just system. For too long, people of color have been disproportionately impacted by an outdated and shortsighted marijuana prohibition, and it’s past time we right this wrong. We must also engineer an economy that will provide a much-needed boost to communities devastated by the war on drugs and COVID-19, and I am hopeful this will help to achieve that for New Yorkers.”

“Albany has taken a significant step toward creating a safe, equitable and well-regulated adult-use cannabis program with passage of the Marijuana Regulation and Taxation Act (MRTA). We thank Governor Cuomo and members of both legislative houses, especially Assembly Majority Leader Crystal Peoples-Stokes and Senator Liz Krueger, for their ongoing efforts and collaboration to advance this historic piece of bipartisan legislation.

"Passing the MRTA is just the beginning of establishing a comprehensive adult-use program in New York. The MCIA looks forward to building on this exciting milestone and working with elected officials and community stakeholders to create a robust, diverse and inclusive adult-use market that serves all New Yorkers.”