2 On Your Side viewers have complained that they can't get through to labor department representatives by calling the main NYSDOL number. 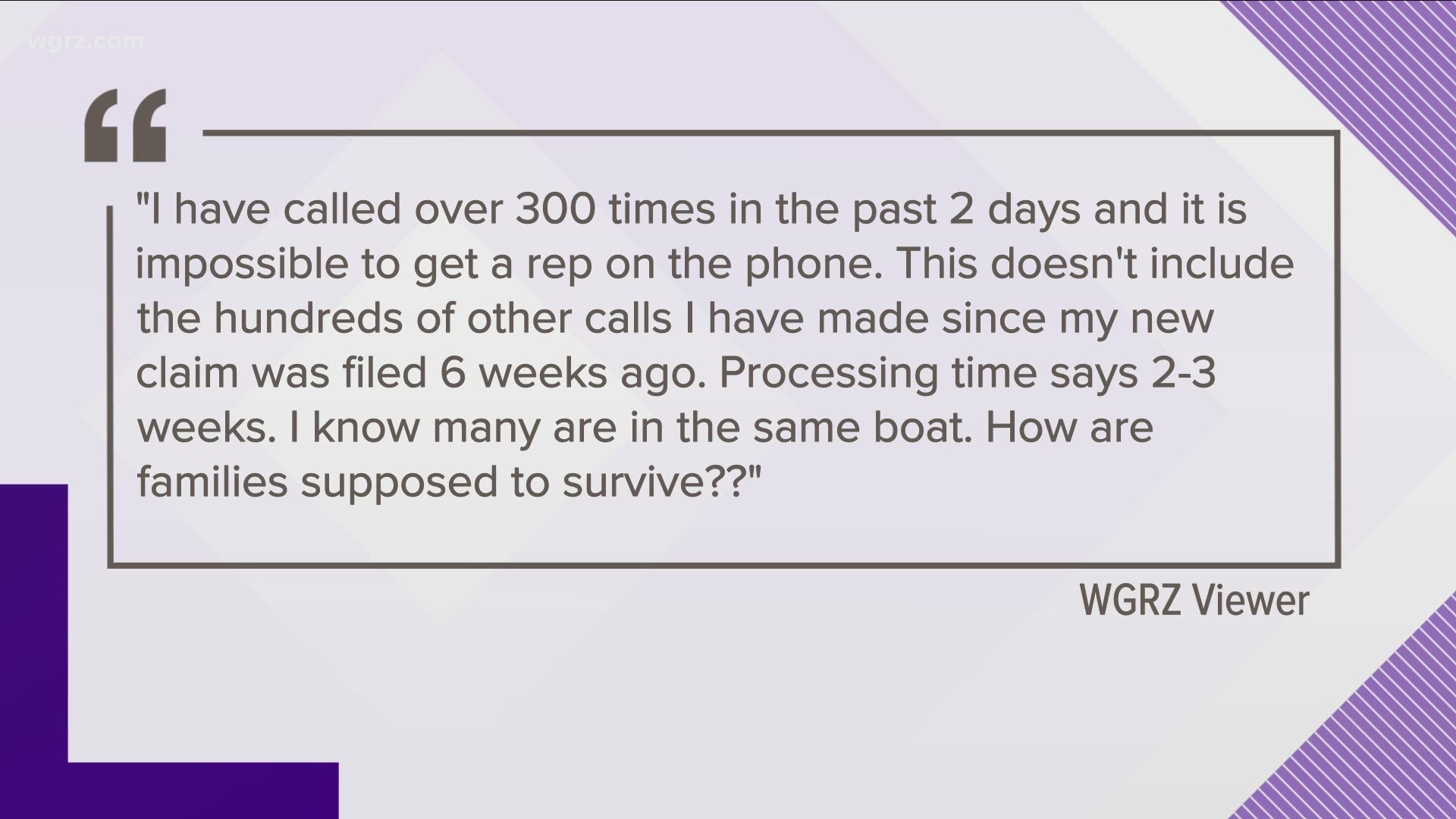 BUFFALO, N.Y. — Since our story aired Wednesday night about people being asked to give overpayments back to the New York State Department of Labor, we've gotten more questions from people who say they haven't received their benefits on time and can't get in touch with anyone at the NYSDOL.

2 On Your Side has heard from a lot of people who say they haven't gotten their extra $300 they're supposed to be getting every week in federal benefits. They are also having problems being able to talk to somebody about it.

A viewer who asked that we not use their name emailed saying, "I have called over 300 times in the past two days, and it is impossible to get a rep on the phone. This doesn't include the hundreds of other calls I have made since my new claim was filed six weeks ago. Processing time says two to three weeks. I know many are in the same boat. How are families supposed to survive?"

A spokesperson told us, "In New York, we have moved mountains to connect more than 4.5 million New Yorkers with over $78 billion in benefits, while launching a new Google-backed application, updating our phone system, increasing communication with New Yorkers, and instituting new Federal programs before other states, and we continue to make improvements and do what it takes to serve New Yorkers in need and to protect the lifeline of their benefits."

But that doesn't say what to do if you can't get through by calling the main number.

We were also told the call center has extended hours during the week, and that it's important for you to carefully listen to the prompts and choose the correct option to be connected with the correct agent.

And, as we reported last month, they still say they haven't seen any current issues with the extra $300 going out.

So here's the deal, for the past year, we have been telling people to call their New York State Senators and Assemblymembers for help. They have been getting lists of names to the NYSDOL so that you can get a call back.

A lot of Western New Yorkers have told us that they have gotten their back pay by doing this.