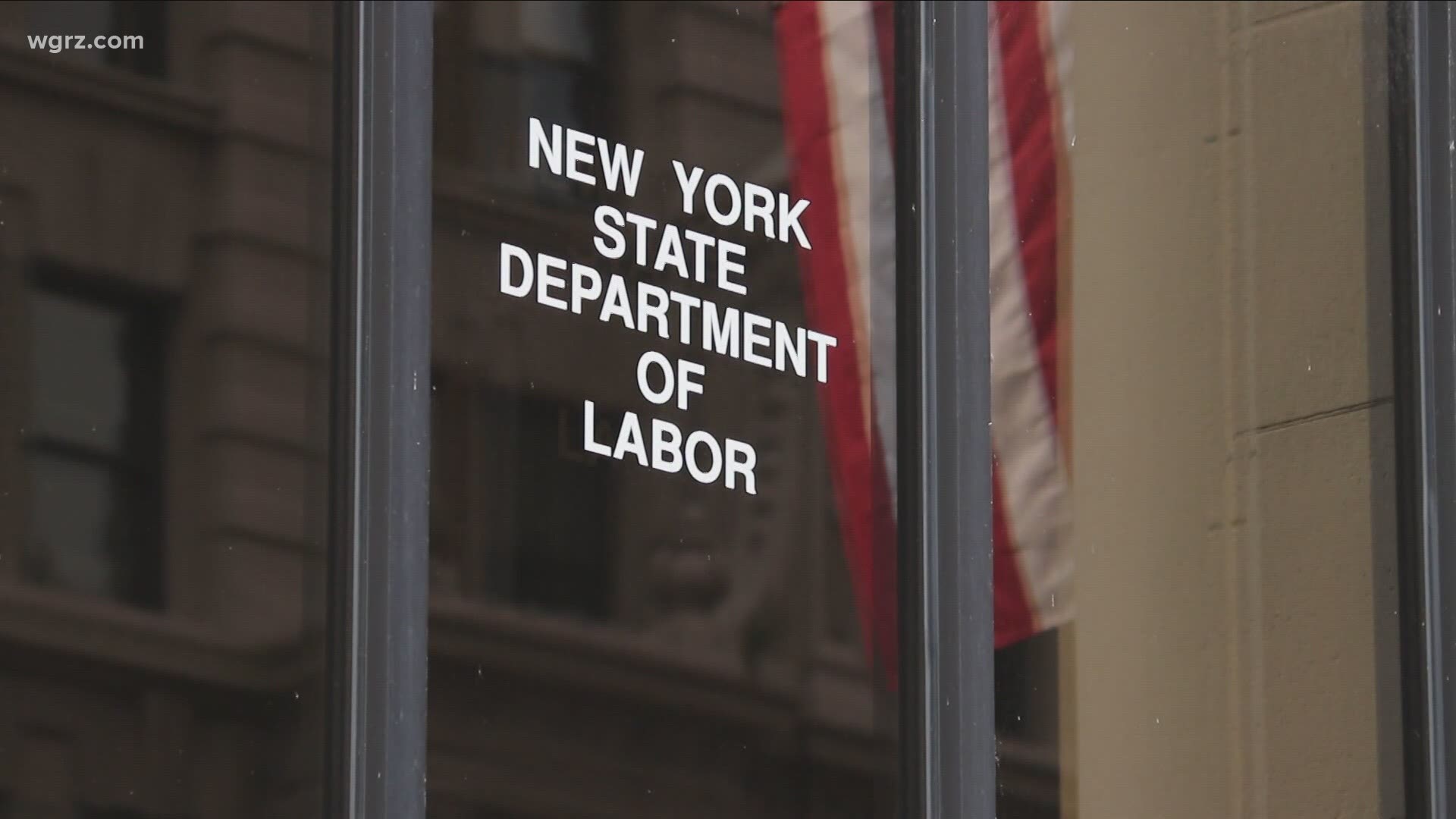 BUFFALO, N.Y. — In February, 2 On Your Side told you about Megan Davis. She had lost her job a few months prior, and before that she said she found out someone had used her name to file a false unemployment claim.

"And now, eight weeks out from losing my job, I have not had any success navigating the unemployment claims line because of the fraud," she said.

Then she found out from the state that someone had used her previous name to file a false claim in New Jersey.

"So, there's two different claims in two different states, under different names, but it's just me, and now I'm trying to prove my identity to the state," Davis said.

The Department of Labor has issued an alert making people aware of the dangers of unemployment fraud and information you should know.

Plus, the department will never text you or contact you through social media looking for personal information. You should also be on the lookout for websites that resemble the state labor department, but aren’t.

The state says it cannot give a specific number on how much money is released that turns out to be fraudulent, because it is always changing.

The state has identified more than 521,000 fraudulent unemployment benefit claims during the COVID pandemic.

There's talk in Albany of whether that money should be paid back.

2 On Your Side asked  State Senator Tim Kennedy where he stood on that.

"Any instances of overpayment, first of all, we should figure out where in fact that happened, why it happened, and make sure those involved are held accountable, as well, so it doesn't happen again. And as far as repayment and everything, else I'd have to look at the circumstances individually," Kennedy said.

As for Davis, after our report and some help from State Senator George Borrello's office, she gave us an update.

"After 13 or 14 weeks, I did receive my unemployment benefits due to me," she said in a voicemail.

If you feel you may be victim of unemployment fraud, first of all, report it to the labor department. Also, change your NY.gov password and your PIN, and update your banking information and delete suspicious emails and texts.

The state also has rolled out an unemployment benefits site called: ID.me, which the state says is a secure site that allows you to submit identification documentation.

In terms of the infrastructure that’s in place, the mechanisms, and the programs that are in place, is enough being done?

"I think the Attorney General’s Office is working extremely hard in going after these criminals that are taking advantage of the public and the public trust," Kennedy said.

DOL Commissioner Roberta Reardon said: “Unemployment fraud is – sadly – a scourge that we have to fight every day, but it is particularly despicable that criminals would use a global pandemic as cover to attempt to defraud our system. These benefits have been a lifeline for millions of New Yorkers over the last year, and every day our Office of Special Investigations is working to protect our system from fraud and abuse.

"Our team is using technology, including artificial intelligence and other sophisticated techniques, to identify fraud as quickly as possible and stop these criminals in their tracks. We will continue to work with our law enforcement partners at all levels to bring these thieves to justice."