“I’ve gotten great feedback, a lot of people have been supporting it from different nationalities.” 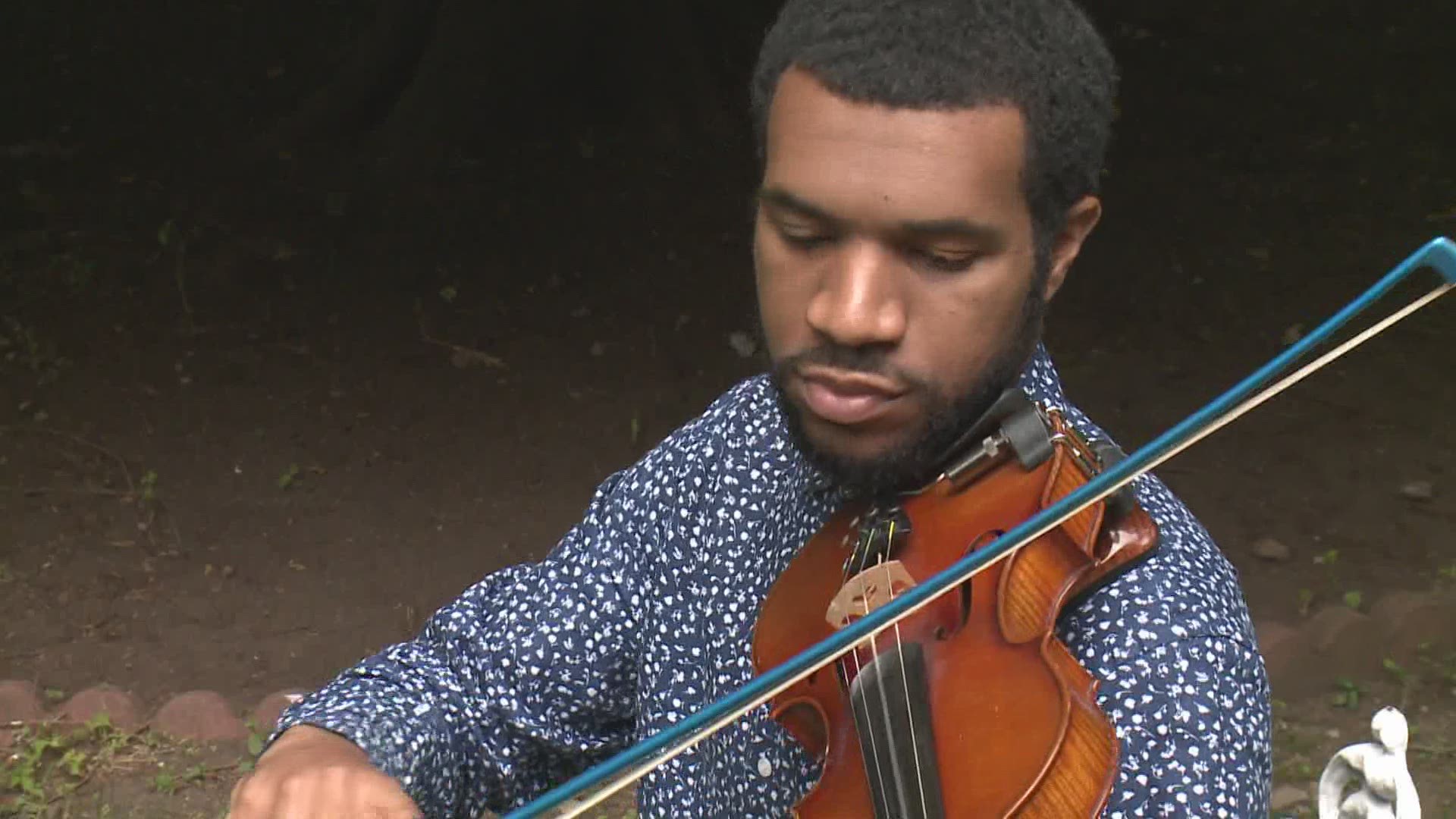 NEWINGTON, Conn. — Protests come in many forms, and for an African-American man, from Newington, he felt it was best to deliver his message one string at a time.

John Randolph, an accomplished violinist, started playing at the age of five.

“When I started off, I immediately regretted it after about a year because of how much time and effort it took,” Randolph said with a smile Wednesday.

But now, he plays professionally and thought this could be his path to protesting the murder of George Floyd, especially considering he and his wife have two young sons.

“I really want them to be able to have a life where they can feel they can express themselves and not feel the need to be defensive or scared of the of the police,” he said.

So, he created a video of him playing The national anthem, on his violin, in his church. But, the video shows him abruptly stop playing as the video cuts away to various quick shots of police brutality that has occurred across the country, including George Floyd‘s death last week.

“It’s a protest in an art form asking for change,” he said. “I’ve gotten great feedback, a lot of people have been supporting it from different nationalities.”

The video also cuts to a shot of him and his two sons standing together in the church to depict a father protecting his children.

“I’m here to continue with the protesting and black lives matter,” he said.

And there’s a reason John Randolph chose his church to serve as the backdrop.

“God sees no difference in color or anything like that, but it’s also our responsibility to bring out his will,” said Randolph.

If you’d like to enjoy more of John Randolph‘s music, you can do so across all social media platforms. Just search johnviolinist.