President Donald Trump said he'll be spending a lot of time in Colorado ahead of next year's election. 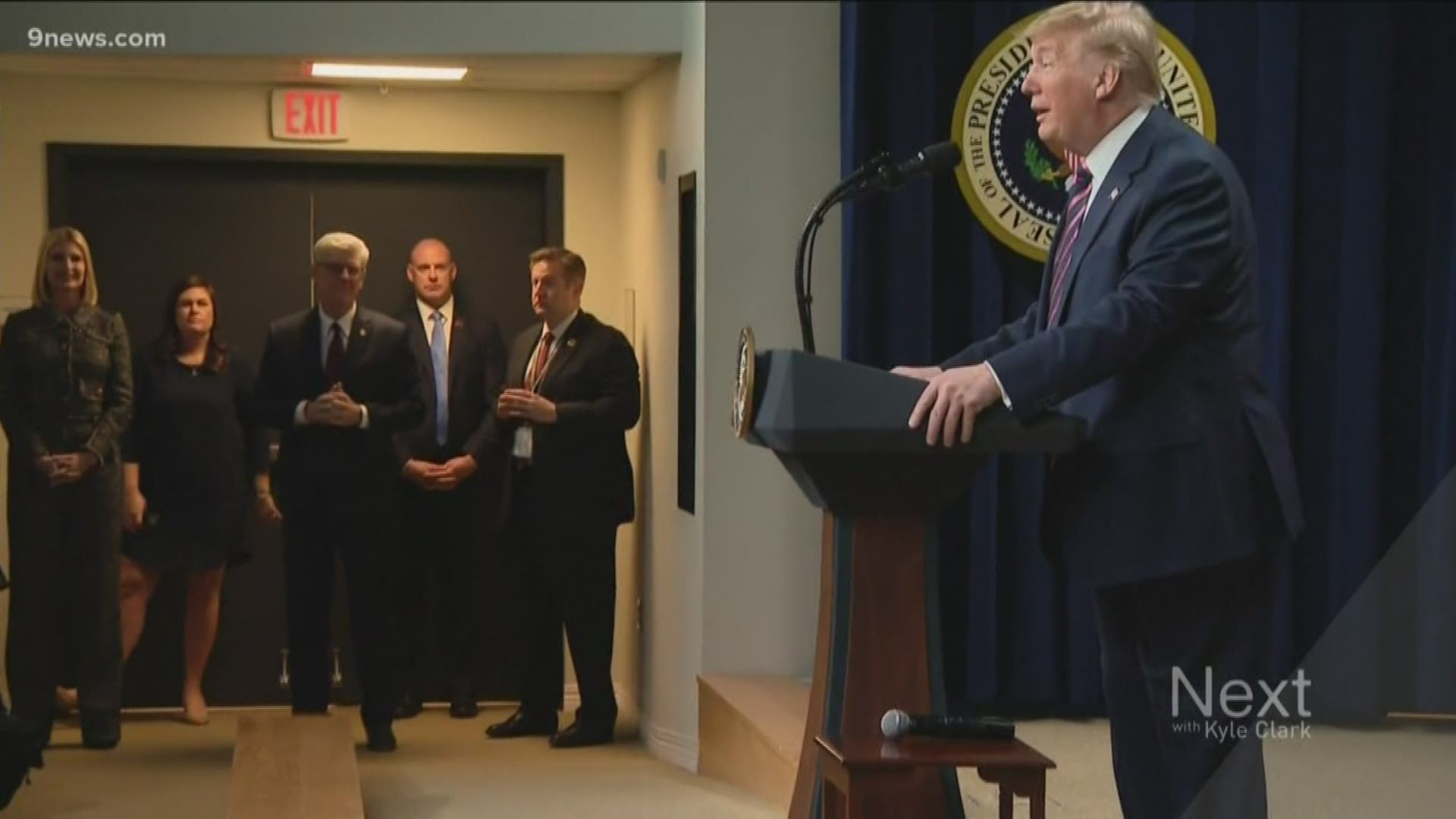 WASHINGTON — Speaking at a White House summit on childcare and family leave Thursday, President Donald Trump vowed to visit Colorado “a lot” leading up to the 2020 election.

Why? To campaign for incumbent Republican Senator Cory Gardner, who is up for re-election.

Trump’s remarks were made in response to an invitation from Brittany Hasemann, who runs a childcare center in Fruita and was there to speak at the event.

“On behalf of Little Imaginations, I would like to invite Ivanka Trump, Donald Trump, if you guys ever get in Colorado, come see our site,” she said after thanking the president and first daughter for their work on family leave and child care issues.

RELATED: Fed workers to get 12 weeks of paid parental leave after 'breakthrough' deal in Congress

“We have a great senator in Colorado. We have to get him extended. I’ll be there a lot.”

RELATED: This is what Coloradans in Congress had to say about the impeachment articles

RELATED: Sen. Gardner won't say if it's appropriate to ask foreign governments to investigate a rival