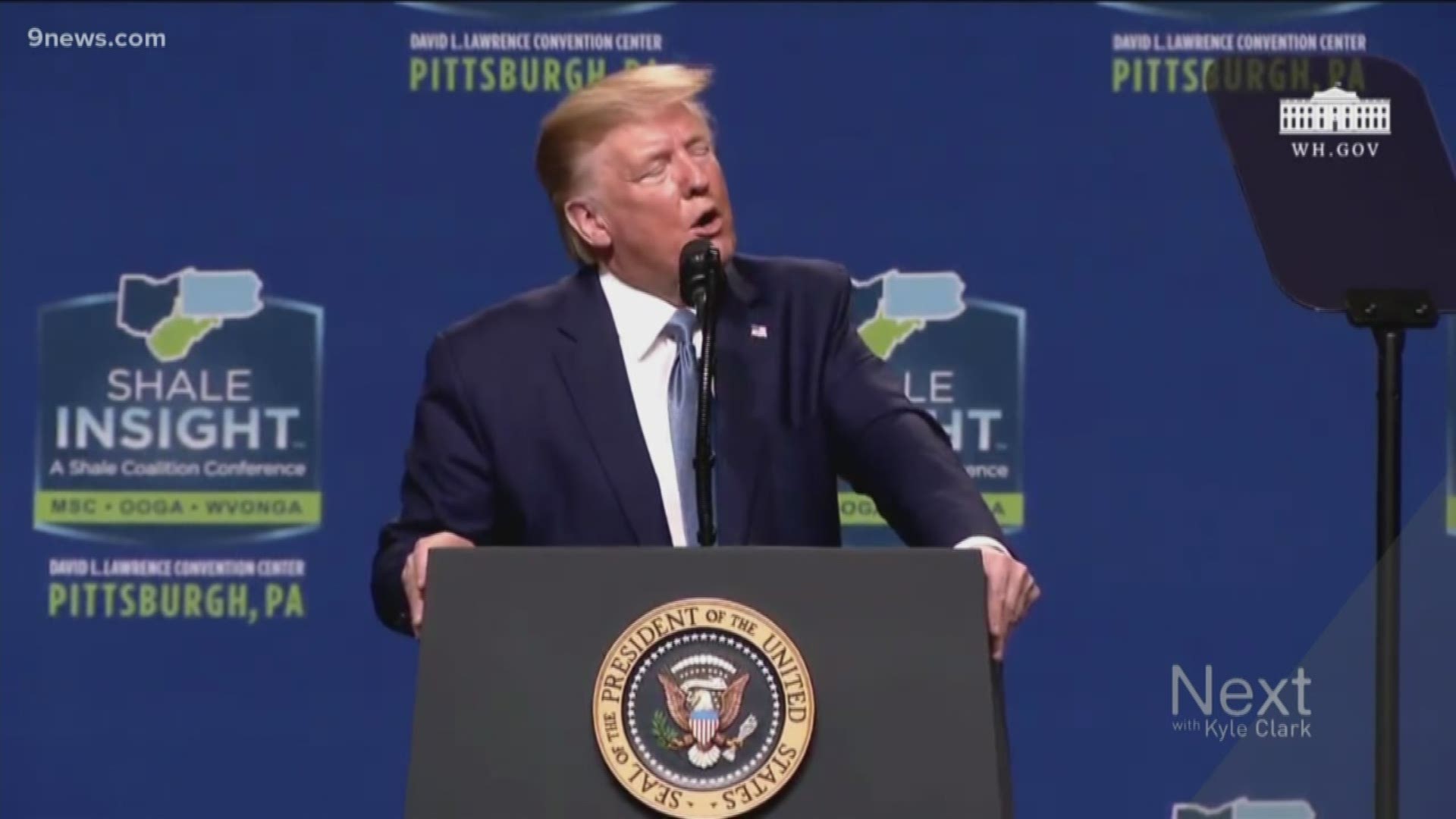 President Donald Trump announced Wednesday, presumably by mistake, that Colorado is getting a wall.

Speaking at the Shale Insight Conference in Pittsburgh, Trump told the crowd:

The audience responded with a standing ovation.

Colorado is about 430 miles away from the U.S.-Mexico border, where Trump promised to build a wall in the 2016 election. According to Politifact, the administration has replaced 60 miles of old fencing but has not added any portions of a new barrier, as of August.

Soon after Trump's comments, Colorado Gov. Jared Polis essentially confirmed there were no such plans for a wall, tweeting:

Officially, blocking Colorado's border did happen once before. During a 10-day period in 1936, National Guard troops turned away penniless laborers who tried to come to Colorado from the New Mexico border.

You can read more on that piece of Colorado's history in this story, written by 9NEWS reporter Jeremy Jojola.

RELATED: When a Colorado governor declared martial law and blocked poor New Mexicans at the border

Plenty of people on Twitter had thoughts on a Colorado wall. Here's a sampling: