'Lucky to know her' | Friends remember Connecticut native who was hit, killed by driver in Washington, D.C. neighborhood

DC Police say a driver in an SUV hit 24-year-old Nina Larson as she was crossing Columbia Road, in Adams Morgan, Saturday afternoon. 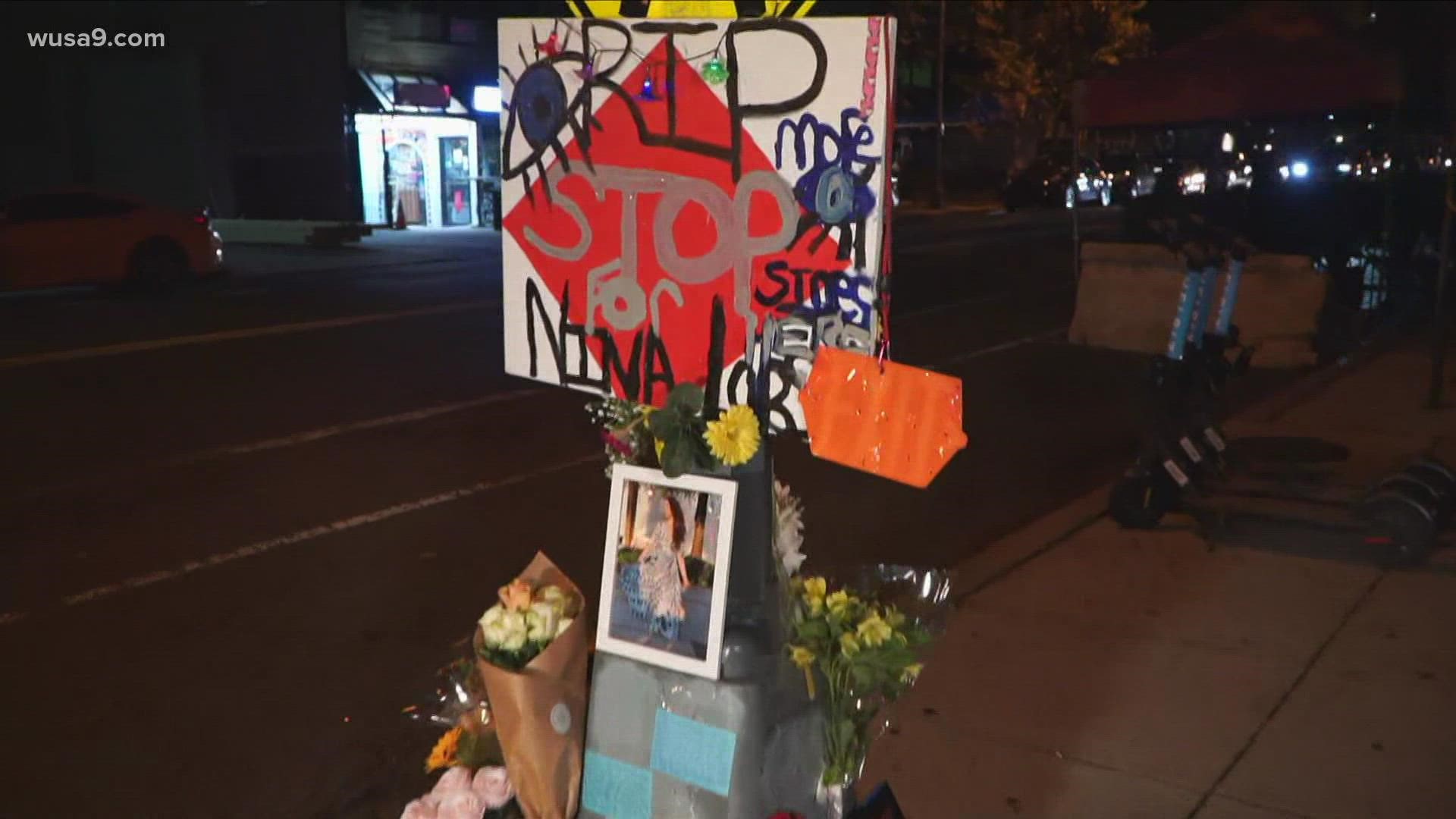 WASHINGTON — A D.C. woman is being remembered as a "kind and caring" person as the Metropolitan Police Department continues to investigate the traffic incident that took her life.

Twenty-four-year-old Nina Larson died Saturday evening after a driver hit her when she was walking along Columbia Road, near Biltmore Street, in Adams Morgan, according to MPD.

Police say Larson, who was originally from New Canaan, Connecticut, was trying to cross the street when the incident occurred. The department added Larson was still trapped underneath the Infinity EX35 that hit her when emergency crews arrived on scene.

On Monday, Larson’s friends gathered around a makeshift memorial set up in Adams Morgan to honor her life. It stands just yards away from Mintwood Place, the restaurant Larson worked at, according to her friend Zoe Carlini.

“She loved taking care of other people, that was her love language,” Carlini said. “And, we are all so just lucky to know her.”

Carlini said Larson had just left the restaurant before the incident occurred. She said her friend was an empathetic opera singer who she first met as a freshman at American University. Carlini recalled that Larson fostered animals all the while passionately contributing to her blog: “Broke Goddessery”.

'I don't want her death to be another statistic' | A few of Nina Larson's friends gathered at a memorial in Adams Morgan Monday to remember her life. A driver hit & killed Larson, 24, as she was crossing the street Saturday. (@wusa9, @EJansenphotog) pic.twitter.com/wb0W6e4Sor

“Nina was a special, special person and the world became a much darker place on Saturday,” she said.

WUSA9 asked MPD if charges have been filed against the driver in Larson’s case. A department spokesperson answered that the case is “still under investigation."

The DC Council’s Committee on Transportation & the Environment held a meeting Monday to discuss the District Department of Transportation’s use of automated traffic enforcement cameras on local streets.D.C. resident Jessica Hart gave testimony to councilmembers and DDOT at that meeting. Her 5-year-old daughter, Allison, was hit and killed by a driver in a van in September while she was riding her bike.

RELATED: Neighbors in Brookland not surprised after 5-year-old girl dies in traffic crash

'It is past time to do something about the traffic violence in DC' | Jessica Hart (@jlrhart) also testified to the the council's Cmte on Transportation & the Environment today. A driver hit & killed her 5-yo daughter, Allison, in September. (@wusa9) Link: https://t.co/rD8lSZJ6r5 pic.twitter.com/wXphsmMrEW

Hart pushed District leaders to pave narrower streets with better visibility at crosswalks. She also called for the installation of more protected bike lanes and speed bumps across D.C.

“Decisions should be made by DDOT’s traffic safety experts, who will prioritize making the streets safe for all users, not just easing traffic congestion,” Hart said.

She also said the effects of traffic crashes like the one her child experienced can reach far and wide.

“Our residents are already paying the price: my daughter’s friends are afraid to ride their bikes,” she said. “My family has paid the ultimate price: losing our child.”