The two trucks that were vandalized late Sunday had their catalytic converters stolen, setting the non-profit back by thousands of dollars. 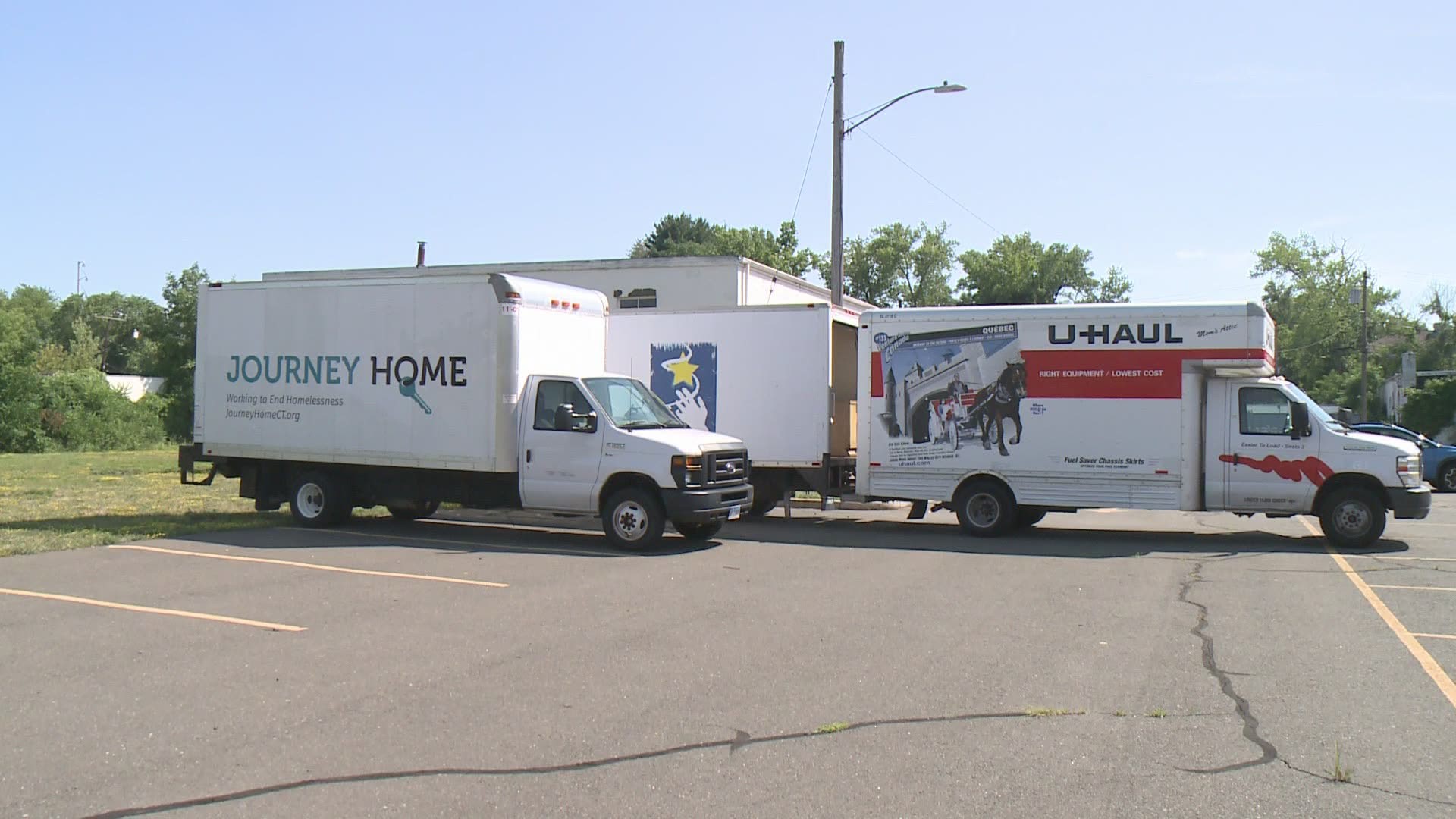 The two trucks that were vandalized late Sunday night may look fine on the outside, but they both are missing something underneath, a catalytic converter which sets back Journey Home, the non-profit, thousands of dollars in repairs.

Journey Home owns both trucks that usually are parked at their New Park Avenue warehouse location.

The Journey Home is a non-profit that helps people transition from homelessness.

According to Journey Home, a police report has been filed with West Hartford police after they were vandalized.

Journey Home says it will take around $3,000 to fix both trucks.

FOX61 spoke with the communications director for the housing non-profit who says this incident hurt.

“I mostly, I feel very sad for the people who been getting a long time for furniture, we had a long list because of COVID-19 when we had to shut down and since we starting on June 1st we been able to make big progress and we were hoping to have an end of the month celebration first to July 31st to have gotten 70-apartments furnished since our reopening," said Sara Salmons

It’s been over a year since a truck from Journey Home was vandalized, the last time an incident like this happened another catalytic converter was stolen from an older truck.

Journey Home says it may have to rent a U-Haul for Tuesday’s deliveries and says it will have to find a new place to park their vehicles.

On the Journey Home website, all donations are welcomed to help them repair their trucks and get back to helping people.