'America is better than this' | NC lawmakers, leaders condemn violence at Capitol 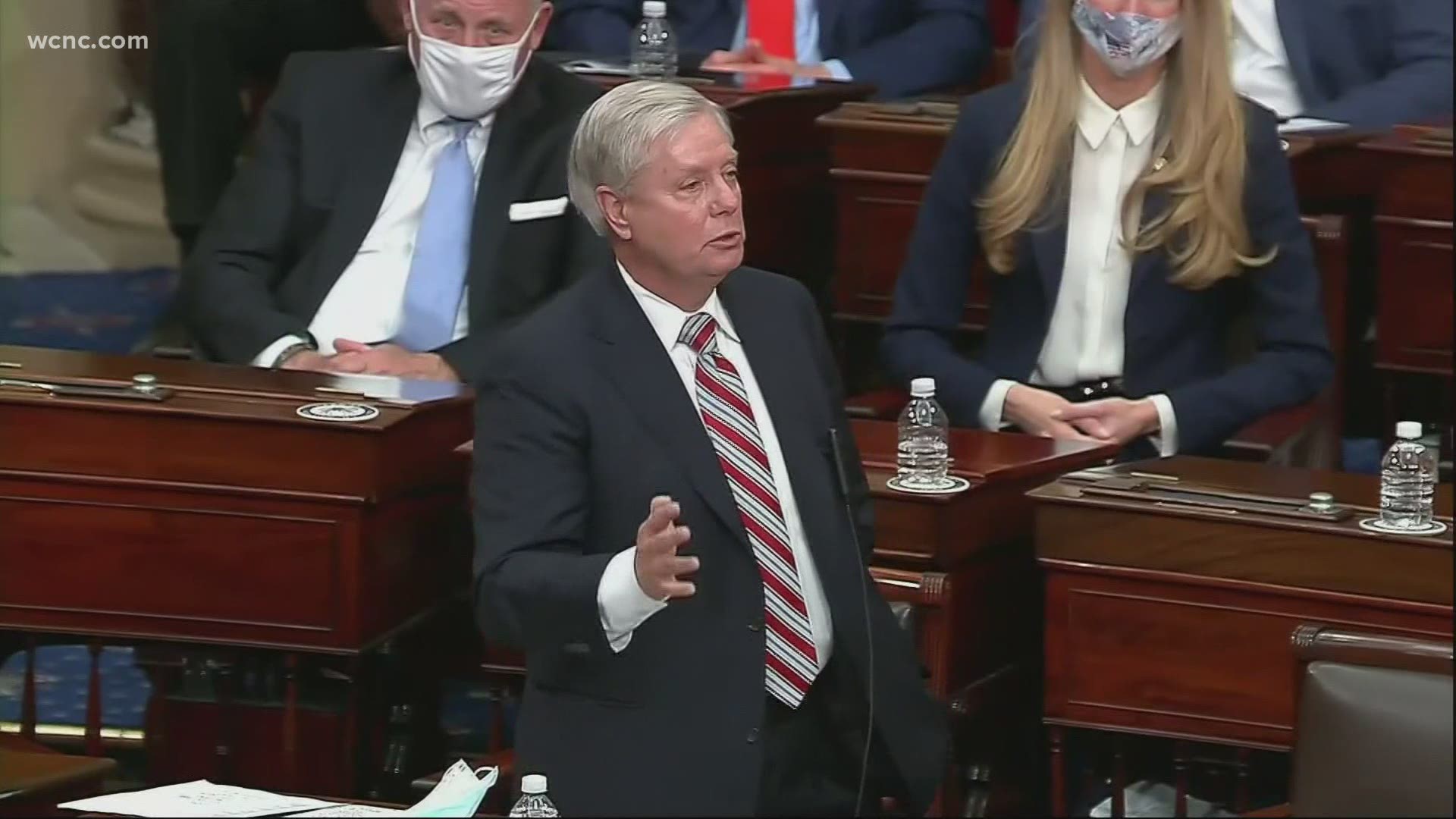 "The peaceful transition of power is the hallmark of our democracy," Cooper tweeted around 4:30 p.m. "Today's terrorism is not who we are. This attack on our country must be overcome. America is better than this."

Members of Congress were meeting Wednesday to certify the Electoral College votes from the 2020 election. As the U.S. Senate and House were meeting in separate chambers as a part of the certification process, angry supporters of President Donald Trump stormed the U.S. Capitol building.

The peaceful transition of power is the hallmark of our democracy. Today's terrorism is not who we are. This attack on our country must be overcome. America is better than this. - RC

Protesters aimed at thwarting a peaceful transfer of power, forcing lawmakers to be rushed from the building and interrupting challenges to Joe Biden’s Electoral College victory.

I proudly back the blue and support law and order, which is why I condemned the violence that took place in cities across the nation this summer. It's a national disgrace to have a mob attacking Capitol Police and engaging in anarchy. This is not what America stands for.

Congressman Ted Budd (R) assured followers he had been evacuated from the House floor and was safe, saying the violence "is not acceptable."

I’ve been evacuated from the House floor. We are safe thanks to the brave men & women of the Capitol Hill Police. I remain resolved to uphold my oath to the Constitution & debate our disagreements. Violence is not acceptable & protesters should disperse peacefully immediately.

Hours later, Budd posted a video update on Twitter, saying he is safe and "still prepared to have this debate."

Wanted to give everyone an update from the Capitol...

- Huge thank you to law enforcement.

- Mob rule is not representative of our country.

- I'm still prepared to have this debate. pic.twitter.com/74g9fQ2PZl

Adams later issued a statement, calling it the hardest day of her time in Congress:

“Today has been the hardest day of my time in Congress, but my resolve hasn’t wavered. I am ready to certify the results of the presidential election as soon as we are back in the House chamber.

I want to call on my colleagues across the aisle, in the interest of national unity, to vote to certify the results of the election without objection. Now is the time - for the sake of our country - to reject those who fan the flames of chaos and destruction. We have the opportunity to end this day of division and destruction united as patriots. Let’s do our Constitutional duty to make sure the voice of the American people is heard. We will reconvene and hopefully certify this vote tonight.”

This incident won’t silence the voice of the American people. pic.twitter.com/ZOECIHdSHv

“For nearly 250 years, our nation’s commitment to the peaceful transition of power has been the shining hallmark of our democracy. Today, America’s core principles were threatened by those seeking to forcibly stop our electoral process and overturn the results of a presidential election with which they disagreed.

“Let me be clear: these actions are not a defense of this country, but an attack on it.

“I supported President Trump’s legal right to contest the election results through the courts, but the courts have now unanimously and overwhelmingly rejected these suits. No evidence of voter fraud has emerged that would warrant overturning the 2020 election. The President bears responsibility for today’s events by promoting the unfounded conspiracy theories that have led to this point. It is past time to accept the will of American voters and to allow our nation to move forward.

“Congress will uphold its constitutional duty and certify the results of the election.”

Credit: AP
People shelter in the House gallery as protesters try to break into the House Chamber at the U.S. Capitol on Wednesday, Jan. 6, 2021, in Washington. (AP Photo/Andrew Harnik)

Congresswoman Kathy Manning (D) assured others that she and her staff were safe.

My staff and I are safe. We are sheltering in place.

Congresswoman Virginia Foxx (R) confirmed her safety and urged protesters to "immediately back down," calling for law and order. In a second Tweet, Foxx called the actions "unacceptable" and thanked law enforcement for their service.

Violence like what we’re witnessing in the United States Capitol is unacceptable.

People have the right to peacefully protest, and there is absolutely no reason to resort to destruction.

God bless the brave men and women of the United States Capitol Police for protecting us.

U.S. Congressman Patrick McHenry (R) said the "violence that we are witnessing at the United States Capitol is completely unacceptable," and thanked Capitol Police for their work.

The violence that we are witnessing at the United States Capitol is completely unacceptable. I am thankful to the brave men and women of the @CapitolPolice who are doing their duty and working diligently to keep everyone in the Capitol safe. God bless our law enforcement.

Watching the video of my friend @RepLBR on her knees in the House Chamber praying for safety broke my heart today. The Capitol was attacked today and those responsible should be prosecuted to the full extent of the law.

U.S. Representative G. K. Butterfield (D) asked for the public to pray for the country.

“I am safe and monitoring the violent uprising that is ongoing at the U.S. Capitol complex. Please pray for our country.”

Congresswoman Deborah Ross (D) said the events were "incited by hate and misinformation from the highest levels," and called on all elected leaders to condemn the violence.

A majority of Americans spoke with their votes in the 2020 election and their voices need to be heard and certified. I strongly condemn today's violence and call on all elected leaders to do the same. It's time to recommit to working to heal our divisions & move America forward.

Pro-Trump protesters have stormed the U.S. Capitol building, forcing the House into recess. I am safe.

Thank you to our brave Capitol Police officers who are actively working to protect Members, staff, and the press.

Rep. David Rouzer (R) called the events "despicable," saying a difference of opinion should not be an excuse for "lawlessness and violence."

2/2 This is not who we are as a nation. A vigorous debate and differences of opinion should never — ever — be an excuse for lawlessness and violence. Praying for our Capitol Police, other law enforcement personnel and those injured today.

Rep. Richard Hudson (R) said violence would "not change the outcome and is completely counter to this process."

Violence will not change the outcome and is completely counter to this process. Capitol Police are honest, decent men and women whose only goal is to serve and protect the public.

U.S. Representative Madison Cawthorn (R) said "I’m fighting a battle for our Constitution on the house floor with other patriots. The battle is on the house floor, not in the streets of D.C." In a second tweet, Cawthorn called for the public to support law enforcement.

As Americans we can not tolerate violence. Peacefully protest ONLY.

We must let Congress work and uphold law and order. We are the party that backs the blue.

I ask you to back the blue now and let the objections continue in accordance with the constitution. 🇺🇸

The AP contributed to this report 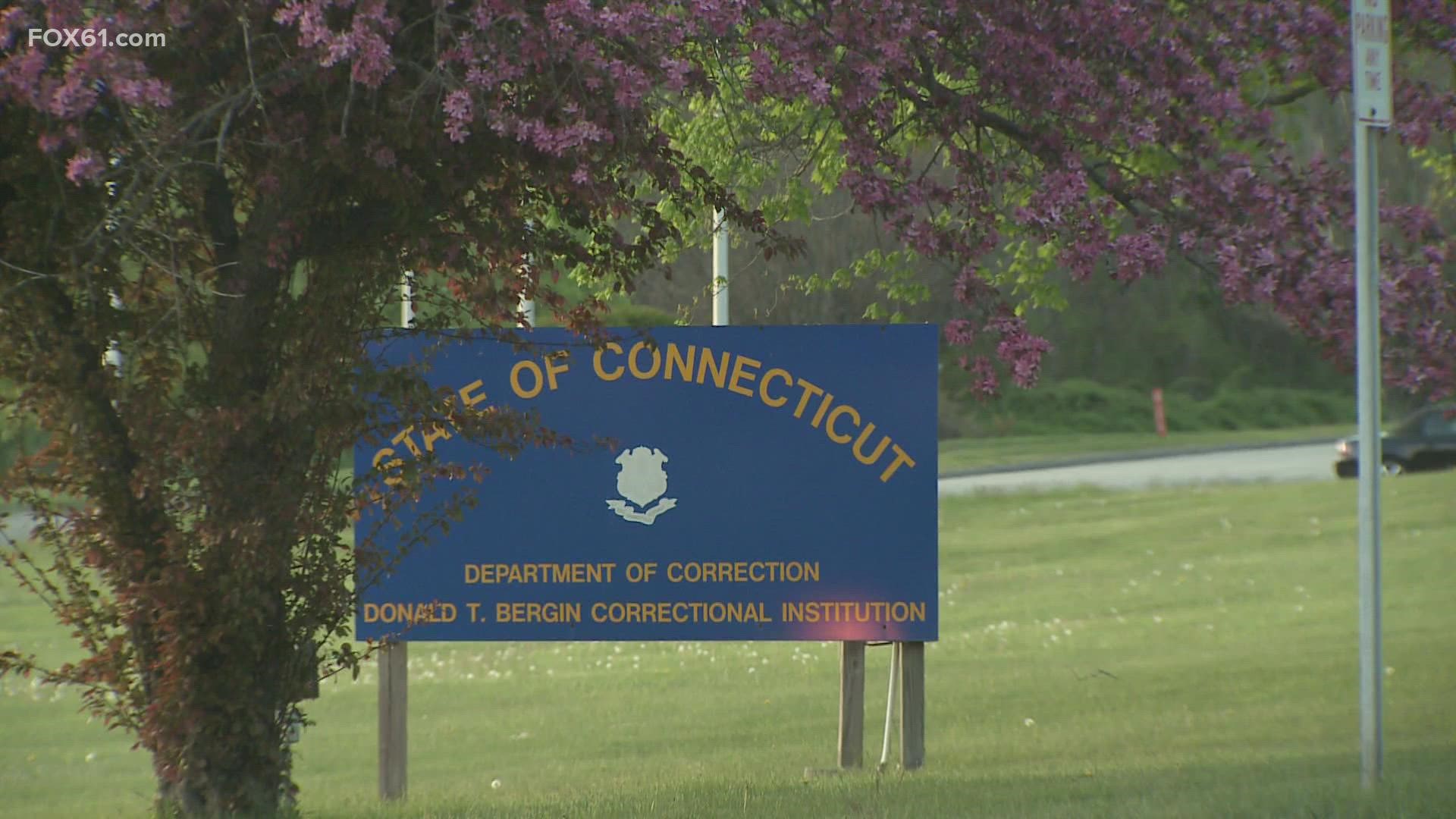