School in area to have virtual learning today due to fire. 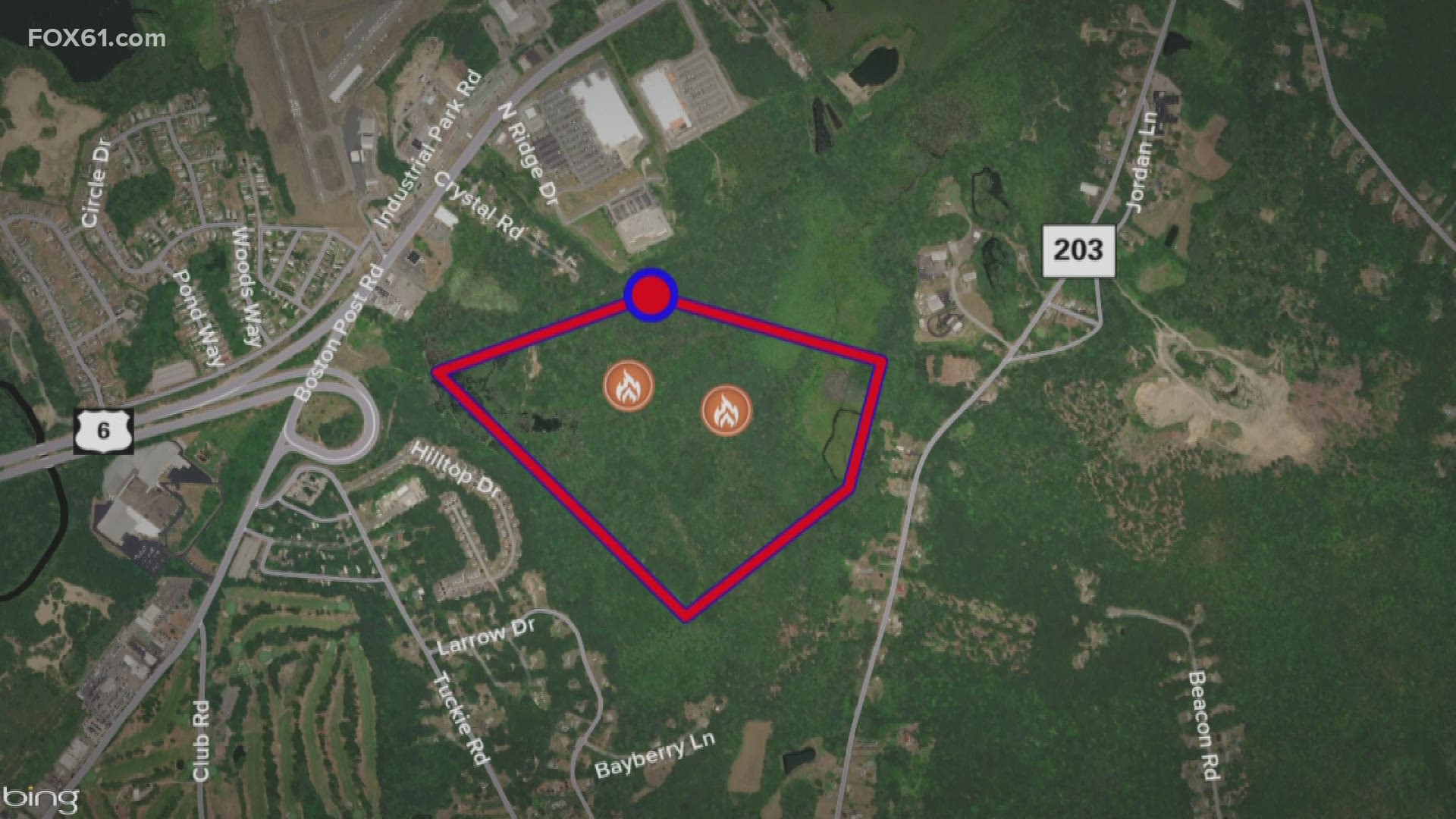 WINDHAM, Connecticut — Emergency crews are working to put out a fire that has produced significant amounts of smoke in town.

The North Windham fire department along with D.E.E.P are working on a smokey brush fire in the wooded area between Route 203 to Harbor Freight in the Natchaug State Forest. DEEP estimated the size of the blaze at about 100 acres.

“We smelled it, I actually saw it coming down coming back from work, and then when I got down the road here it was actually coming across... the smoke was coming across it was a real heavy smell," said longtime area resident, Scott Paggiloi.

Officials say the fire may have been started due to a warming fire or a homeless encampment that was reportedly near the affected hot spot.

Firefighters on-scene tells FOX61 that it is no shock the fire spread as quickly as it did due to dry brush and the on-going drought.

A nearby wetland and father time was the saving grace for battling this brush fire.

Rich Shenk who is the  District Fire Control Officer within DEEP said, “Time wise we got really lucky with this fire because those leaves are still on the tree and if we get some rain to do a full extinguishment on this we are going to be pretty good.”

The North Windham Elementary School was closed due to the fire. Officials said the air quality inside the building is not conducive to learning. All students would be offered virtual learning for Thursday.

"This fire is deep in the wooded and swampy area. Beginning Thursday morning DEEP will be bringing in some heavy machinery and doing a 'back burn' in an attempt to put the fire out," said officials on the North Windham fire department Facebook page. 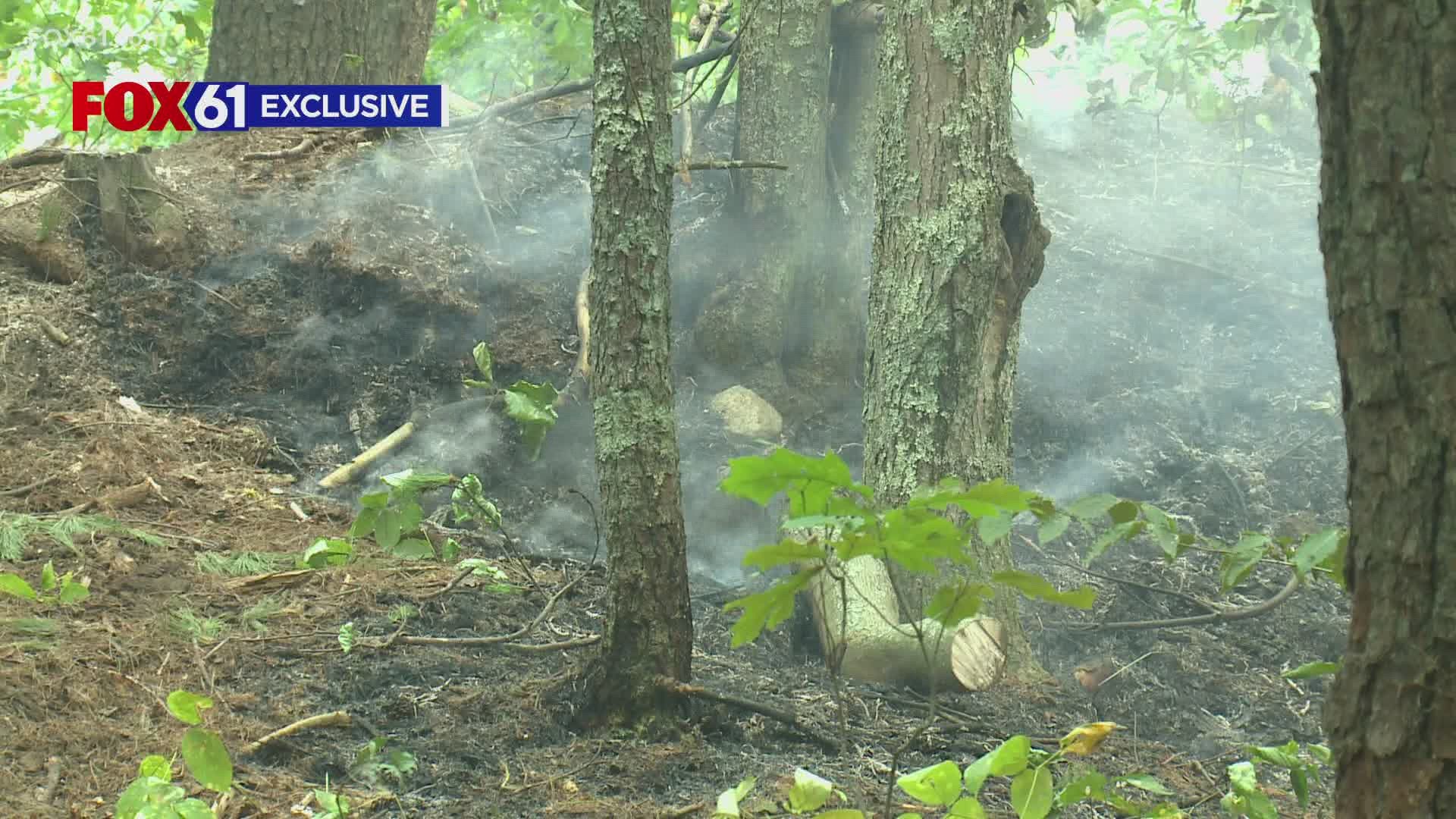 Firefighters do note that with the seasons changing and people still outdoors it's best to be cautious when putting out a campfire.

Shenk said, “When you leave it mix water with it out your hand into the ash and mud and make sure it’s cold enough... just by putting a small ring of rocks around what we see most times that doesn’t contain the fire it actually helps hold the heat and helps the fire that smolders under the ground.”

Officials said if residents have immediate concerns that are non-life-threatening, to call the routine line at the fire dispatch center 860-465-3128.

Although spread is slow it is expected to increase in size as DEEP and the North Windham, Windham Center, and South Windham fire departments focus on a perimeter control line today.