The hunger network is looking to recruit volunteers to help reduce the amount of people who go hungry every night in Cuyahoga County. The app is available now. 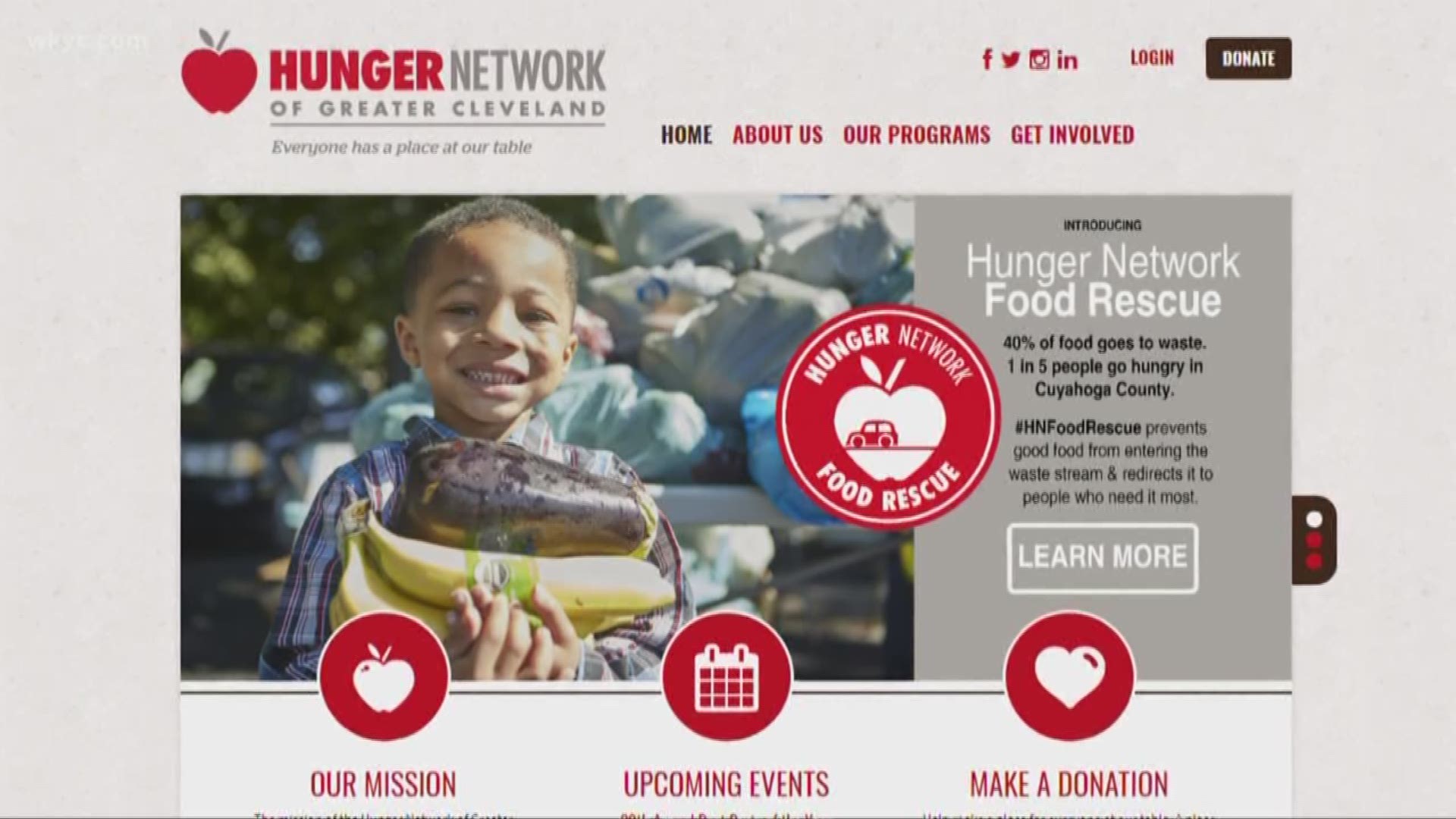 CLEVELAND – All over the country, about 40% of all food that’s produced goes to waste according to Lynne Hutchison who serves as program director at the Hunger Network of Greater Cleveland. And in Cuyahoga County, she says 1 in 5 people go hungry each day.

It’s really a startling statistic when you think about it. That means we waste more than enough food to be able to make sure every person is well-fed. The problem is often the transportation of food from donors to recipients who need it.

The new Food Rescue app being launched by the Hunger Network Friday hopes to bridge the gap.

“The app allows our volunteers a new way to give back and a new way to help our neighbors in need,” said Hutchison.

Here’s how it works:

There are 3 key groups in the process – donors, volunteers and recipients.

Donors come in the form of food retailers and distributors like Giant Eagle. Recipients are made up of non-profit organizations who have a direct connection to those in need.

“Those 3 groups are going to connect using an app,” Hutchinson said as she described the critical role volunteers play in the program’s success. “That app routes our volunteers from donors to sites – to the nonprofits to drop off whatever rescue food we have that day.

Volunteers can choose when and how often they want to help out. Weekends, weekdays, morning, afternoon or evening – the choice is yours.

The technology being used by the Hunger Network originated in Pittsburgh and is used by 412 Food Rescue. They parted with Giant Eagle there in the program’s infancy.

Giant Eagle now plays a key role in the apps expansion as they’re one of the primary donors here in Cleveland. Cleveland is now the third city using this app.

“We’ve been dedicated to giving back to the communities we serve for as long as we’ve been in business,” said Jannah Jablonowski, a Giant Eagle representative.

“Working with these real time food rescue agencies is giving us an opportunity to take a 360-degree, comprehensive approach to food waste mitigation.”

As we reduce the amount of food that goes to waste, we eliminate the need for people to go hungry at night.

“If just one third of all that wasted food was rescued, we’d be able to feed everyone,” said Hutchison. “That’s the impact we want to make. And we want to get all the rest of the community involved doing that.”

Volunteers can get involved by downloading the app and filling out some basic information. If you’re a food distributor who would like to be a donor or a non-profit that can be a recipient, head over to hungernetwork.org to find the necessary forms to participate.