The incident was overheard by the Starbucks baristas who said, “Don’t let that ruin your day,” and, “I’m sorry you had to experience that today.” 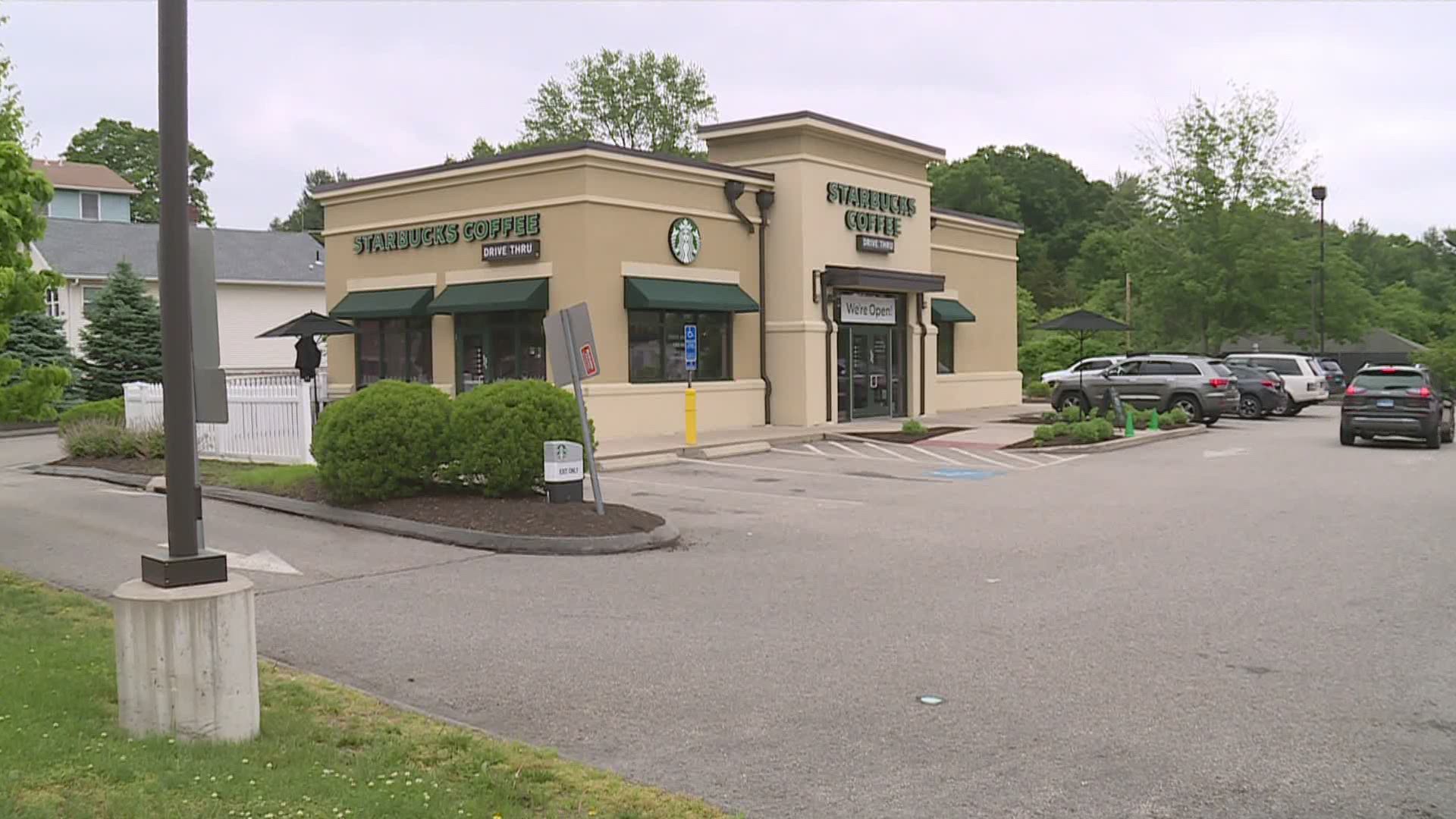 NORWICH, Conn. — A social media video has surfaced showing a woman spewing racial insults at the lady in front of her at the drive thru of the Starbucks in Norwich. It happened Tuesday morning. Mar Cela Lee was ordering her coffee and breakfast as she has done hundreds of times before. But she never experienced anything like what happened Tuesday.

Mar Cela went live on Facebook, as a lady in the car behind her was revving her engine, “Because apparently I’m going too slow for her. She starts screaming saying people have to work. Excuse you!“ said Mar Cela on the video.

The incident was overheard by the Starbucks baristas who said, “Don’t let that ruin your day,” and, “I’m sorry you had to experience that today,” as she pulled to the window to pay. Mar Cela said, “Ain’t your fault baby. Thank you Luke. Gave me my coffee and breakfast for free that's what I’m talking about thank you Starbucks!”

As Mar Cela pulled away, the lady behind her left out a different exit while shouting insults and racial slurs including the N-word. Mar Cela said, “racial tensions are high.” At 4PM that day at Norwich city hall, Mar Cela took her experience to the black lives matter rally. She channeled her sadness and anger into action and held a sign summing up the incident. “Your no better than me. I’m no better than you. How about just common curtesy and being a decent human being,” she said.

The next day, Mar Cela went back to Starbucks for an emotional thank you to the young workers who courageously called out hate where it lived. “These were young people who stood up and did the right thing...And then my Police Department who ready out to me and said, no. We’re not having this.“

Norwich Police came across the video and shared it and reached out to MarCela. Chief Patrick Daley of the Norwich Police said, “It’s was unanimous. We had to reach out and say we’re not going to tolerate that.” Chief Daley told FOX61 they will pursue charges of intimidation based on bigotry and bias. It’s considered a hate crime. “It’s an open case right now. We’re working through the case. We’ve got some really good leads and we’re expecting a successful conclusion,” said Chief Daley.

Mar Cela told FOX61 the incident should show everyone that racism is real. But it also reinforced what she already knew - that her Norwich community is full of love. She has been overwhelmed by the outpouring of support. Her message to all. “Don’t be ashamed of who you are because I’m not ashamed of who I am. That woman tried to break me down and no. No, you didn’t do that. I’m proud to be black. Today, tomorrow, yesterday and for the rest of my life. I’m proud to be black. You and anybody else you are never going to take that away from me. Not with anything you dare to throw my way. You don’t get to do that. You don’t have that power.“

As an essential healthcare worker, Mar Cela is also on the front lines of the fight against COVID. She works with three homeless shelters. Norwich Police tell FOX61 they expect to make an arrest soon.

RELATED: I read an anti-racism book. Now what?

RELATED: If the BLM conversation makes you uncomfortable; good. Here's what to do next