"The parking brake handle in the cockpit, and the respective valve that it controlled, were both found in the brake set position." 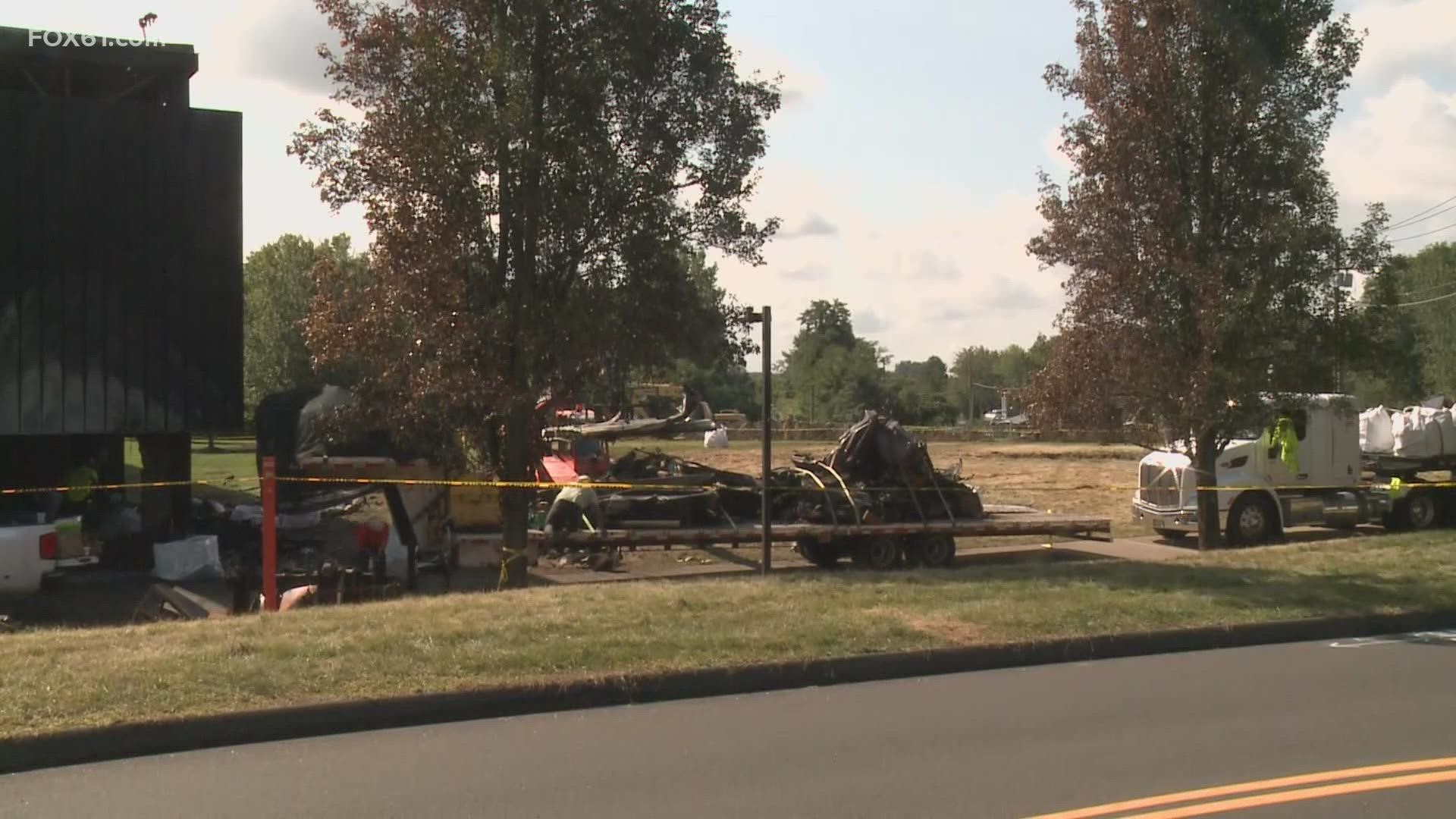 WASHINGTON D.C., DC — Editor's Note: The above video is from earlier this month

The National Transportation and Safety Board (NTSB) issued its preliminary report on Tuesday into the Farmington plane crash that killed four people and injured four others on the ground earlier this month.

The report indicates the aircraft - a Cessna 560XL - was going slower than usual as it took off from the airport runway. The NSTB said the parking brake was left on during the takeoff roll.

Witnesses told investigators they saw a puff of smoke as the plane went down the runway and that it was having trouble gaining altitude.

"Two witnesses observed the takeoff roll with one reporting the airplane was 'going slower' than they had seen during previous takeoffs," the report said. "When the airplane was about 2/3 down the runway, one witness noted a puff of blue colored smoke from the back side of the airplane. The other witness stated that the nose landing gear was still on the ground as the airplane passed a taxiway intersection near the mid-point of the runway and he said to a friend with him that something was wrong."

Investigators said there were skid marks down the runway.

"The parking brake handle in the cockpit, and the respective valve that it controlled, were both found in the brake set position," the report said.

They found no problems with any of the flight surfaces.

The report said another witness told investigators the plane left the runway level, and the nose pitched up, but the plane was not climbing. The plane hit a power pole which caused a shower of sparks and started to pitch and roll before disappearing behind trees.

The Sept. 2 crash killed four people on the Cessna 560XL.

Four employees suffered injuries in the Trumpf building located at 11 Hyde Road in Farmington where the plane burst into flames upon impact.

The plane had departed from Roberston Field Airport in Plainville and was headed to Dare County Regional Airport in Manteo, N.C.