NORWICH, Conn — Officials said nurses who walked off the job and went on strike this week have "won a settlement agreement" with Hartford HealthCare executives and Backus Hospital management.

Over 400 nurses staged a two-day strike after the union claimed their rights were violated under the National Labor Relations Act.

“This agreement represents the renewed partnership between incredible nurses who have been true heroes during this pandemic on the front lines since day one, and a hospital that has served the region well for months. These nurses fought for a fair deal and that was the end result. I want to thank the leadership of both Hartford Healthcare and AFT for coming to the table and hammering this out over the previous week.”

Backus Nurses also celebrated their 'hard work,' saying it paid off with this outcome.

"Our #solidarity got us here. We should all be #UnionProud," the group said in a tweet.

We all worked hard for this & it paid off! Our #solidarity got us here. We should all be #UnionProud. https://t.co/si5DgPfIdk

According to the governor's office, he and Chief of Staff Paul Mounds have held active conversations with both parties over the past week with the goal of getting an agreement completed as the region has seen a surge of COVID-19 infections.

Union representatives said it has been a challenging year for nurses and the pandemic has played a role in that.

Just recently the state determined that an outbreak at Three Rivers Nursing Home in Norwich had spread to the staff at Backus Hospital.

Shannon Pereira, one of the nurses at Backus Hospital, says she is one of many staff members who have tested positive for COVID-19.  Pereira was out sick for a month while she recovered.

“We had an outbreak in my unit. There were multiple staff members that tested positive. And I was one of the last ones diagnosed. I never took care of a patient who was positive on the floor so reasonably working in quarters with reused PPE that is not protecting us sufficiently,” says Pereira. 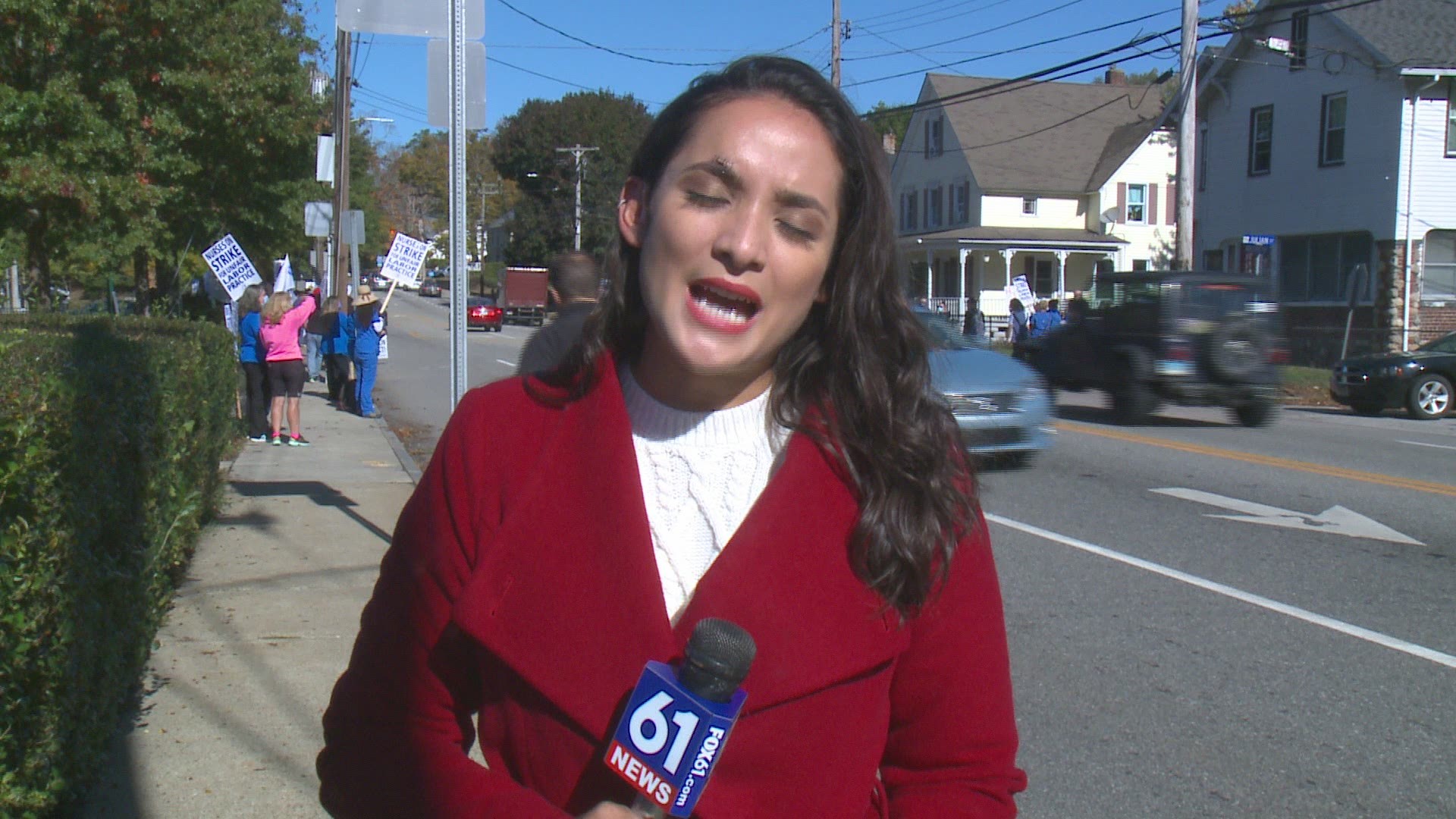