She hopes to use her platform and position to inspire others 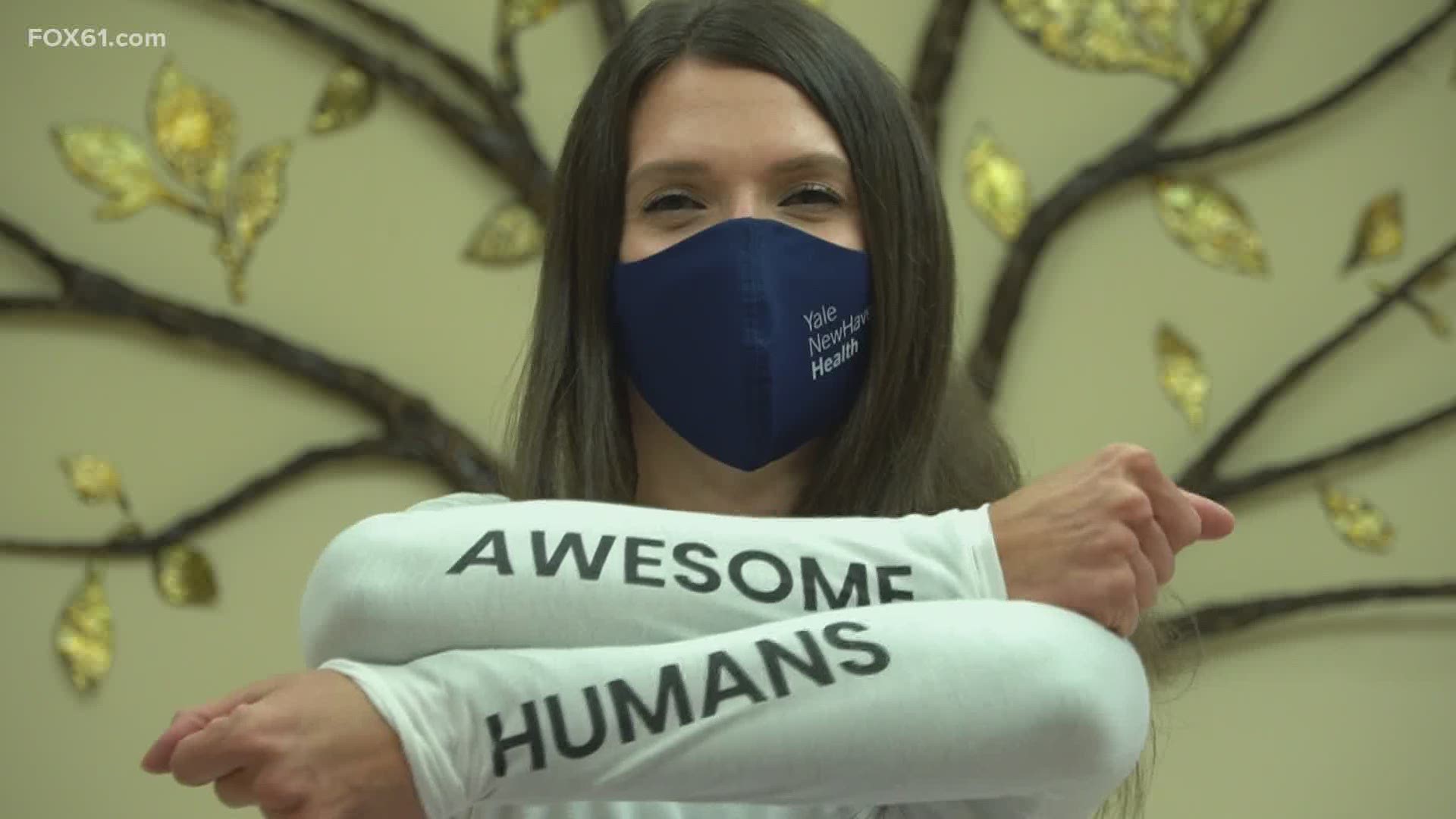 NEW HAVEN, Conn. — Meet Lindsey Runkel, she was the first-ever paraplegic nursing student at UConn. And now she's a registered nurse and the only paraplegic nurse at Yale-New Haven Hospital.

"It’s no different than working with any other nurse on our floor," said Mary Catherine Gannon, a registered nurse who works with Runkel on the transplant unit. "You don’t notice the wheelchair at all."

Gannon has been a nurse for 26 years and says she has never worked with anyone quite like Runkel.

Runkel is paralyzed from the waist down from a mountain biking accident that happened almost six years ago.

"I did have a lot of doubts as to what I was going to be able to do going forward," said Runkel.

Getting into nursing school was one thing, but getting hired was another.

"Just getting a job... it kind of really brought it all together, that all this hard work that I put in, and the positive energy that I put towards this, it’s paid off," said Runkel. "Now, I’m able to work, and I don’t feel like I’m in a wheelchair."

You may be wondering, how can she do the job?

It turns out, there is nothing that Runkel can't do on her own that any other nurse would be expected to do.

Having been featured on the news, Runkel hopes to use her platform to inspire others.

"I get a lot of messages saying that like I’ve inspired somebody to do something," said Runkel. "Don’t renegotiate your goals because somebody else tells you can’t get there, you can you just have to keep pushing, and it really does fall into place," said Runkel.

Runkel then keeps that positive attitude every single day.

And it all started with someone just giving her a shot.

"Believe in yourself and others will believe in you," said Tami Chomicz, patient services manager at Yale-New Haven Hospital. "Everybody deserves a chance, and with Lindsay, we took that chance, and she was worth it. [There's] not one regret."

"It’s absolutely life-changing to have gotten through school to get to have a job, to have a job at the hospital that I wanted to work at, and to be honest, in such a great unit," said Runkel. "It’s changed so much for me, and it’s made me feel like my future is really bright."