Officer Earl Middleton expressed how it was an honor to serve with the officers and dispatchers past and present on the force. 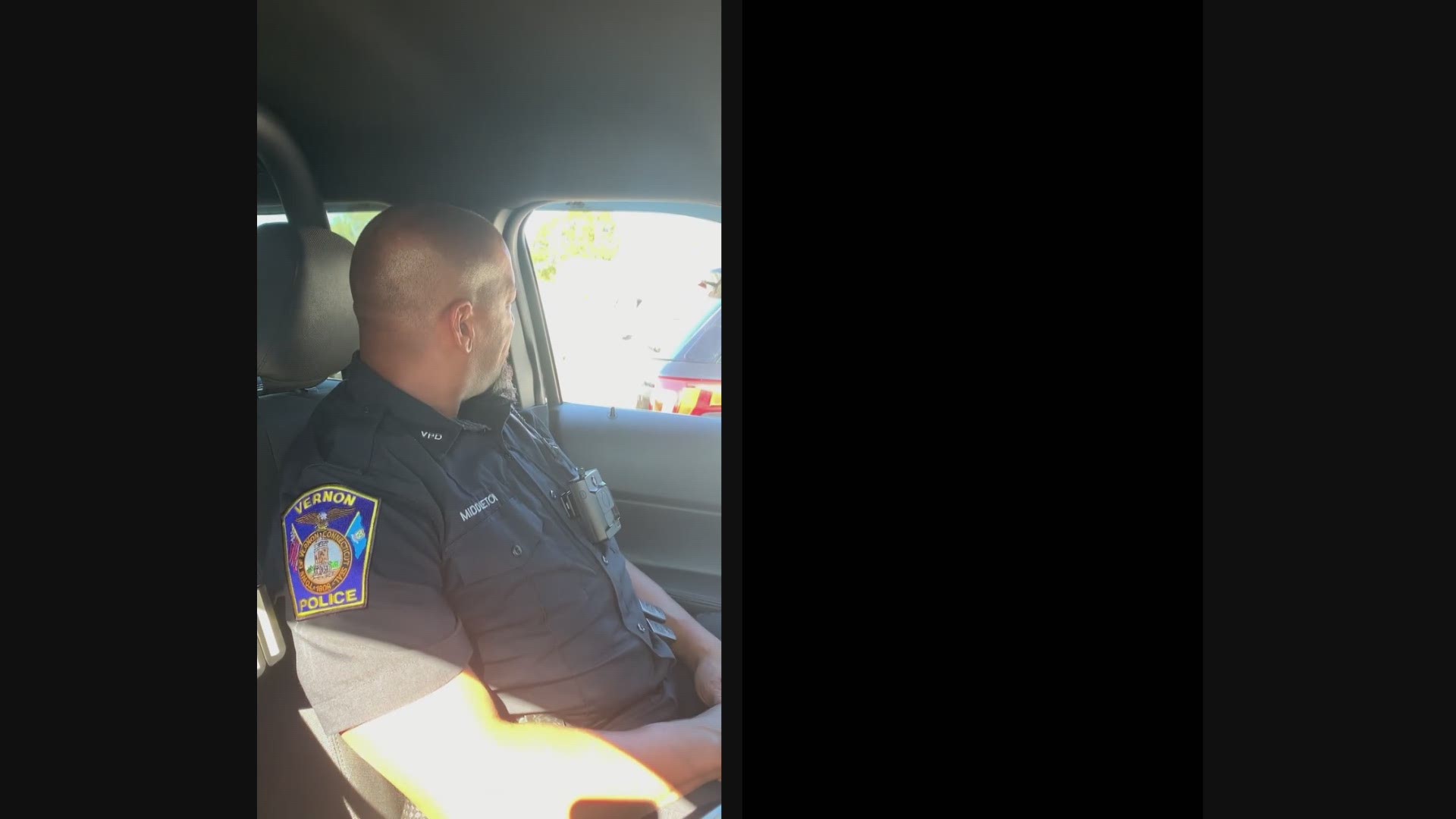 VERNON, Conn. — After 23 years on the Vernon Police Department, Officer Earl Middleton signed off on October 17.

In typical first responder procedure, the dispatcher announced it would be Middleton's last sign off with Vernon. The dispatch praised Middleton for his commitment to justice and the badge which made him a stellar police officer.

The sign-off was recorded and showed Middleton, who was visibly emotional during the radio transmission. Once the dispatcher ended her brief but powerful speech, Middleton took a moment to express his thoughts.

"First of all, I would like to thank both past and present police officers and dispatch for working hard to keep me safe for the last 23 years," said Middleton.

He continued by saying he made it an effort to meet with every member of the Vernon Police Department's family because he wanted to know who was waiting at home for them.

"That was my motivation to make sure I kept (fellow law enforcement) safe on the streets because your family members were counting on me to do so," Middleton said.

He finished his endearing speech by saying he loved his fellow colleagues in Vernon. Middleton will continue serving the public by working for the town of Stafford.

Watch the video below: