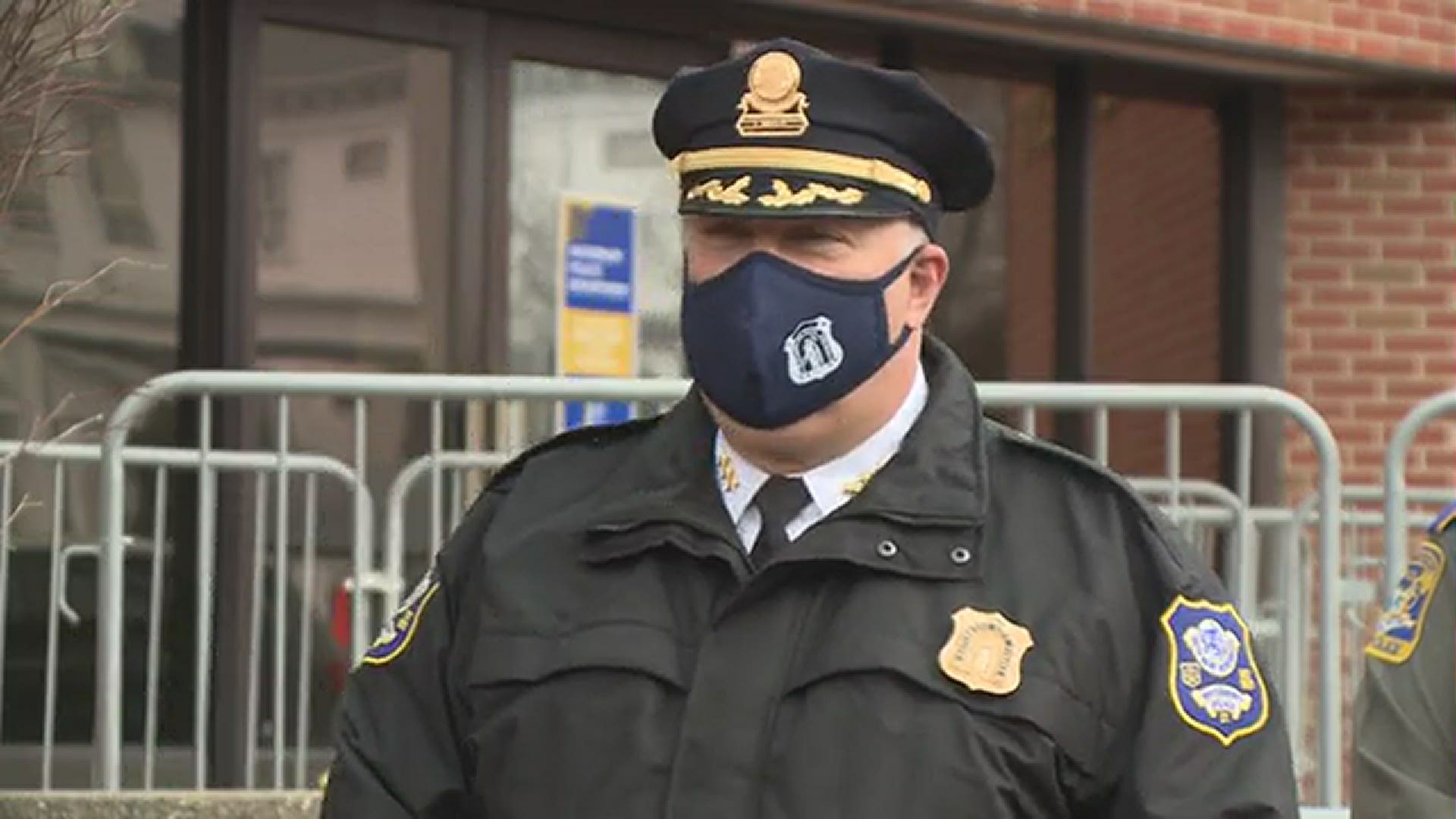 WATERBURY, Conn — Waterbury PD and State Police held a joint press conference Wednesday afternoon to provide an update on the investigation into the shooting of an officer yesterday.

Officials say the officer was shot during the stolen car investigation in the area of Marley Place and was taken to Saint Mary's Hospital.

On Thursday, it was announced that per policy, the Litchfield State's Attorney will investigate this use of force in the case. There was no bodycam or dashcam footage of the incident.

Officials reported that at the time of the incident, they were looking for 19-year-old Robert Harrison, who was wanted for kidnapping with a firearm that occurred in New Britain on December 7.

Police set up a surveillance of a stolen car on Marley Place that was reported to have been used in the kidnapping.

Harrison was seen on the street and taken into custody.

He was turned over to New Britain Police Tuesday and arraigned Wednesday on kidnapping with a firearm, conspiracy to commit kidnapping and reckless endangerment charges.

In Waterbury, he faces a interfering with an officer charge.

Police believe Harrison has been involved in multiple shootings in Waterbury over the last two weeks.

At that time, officers also noticed two SUVs, later identified as stolen vehicles, revving their engines and speeding toward the officers.

During the incident, Officer Garrett Pagel, who has been on the force for five years, discharged his firearm and one of those rounds struck Officer Charles Mauriello in the chest.

Other officers on the scene immediately rendered aid and Mauriello is expected to survive his injuries.

Waterbury PD Chief Fred Spagnolo said Wednesday morning that the officer has been released from the hospital and is 'doing well'.

Another officer who was in a cruiser when it was struck by the suspect's vehicle, suffered from a concussion. He was treated and later released.

Connecticut State Police have four suspects in custody in connection with the incident. They were found in the area of Oxford Airport.

Police have not yet identified the suspects but reported one driver was a juvenile who has been charged.

HAPPENING NOW: @CT_STATE_POLICE and @WaterburyPD are investigating an incident where an officer was shot at 9 Marley Place around 2pm. The shooting happened during a stolen vehicle investigation. State police are holding a news conference shortly with more info. @FOX61News 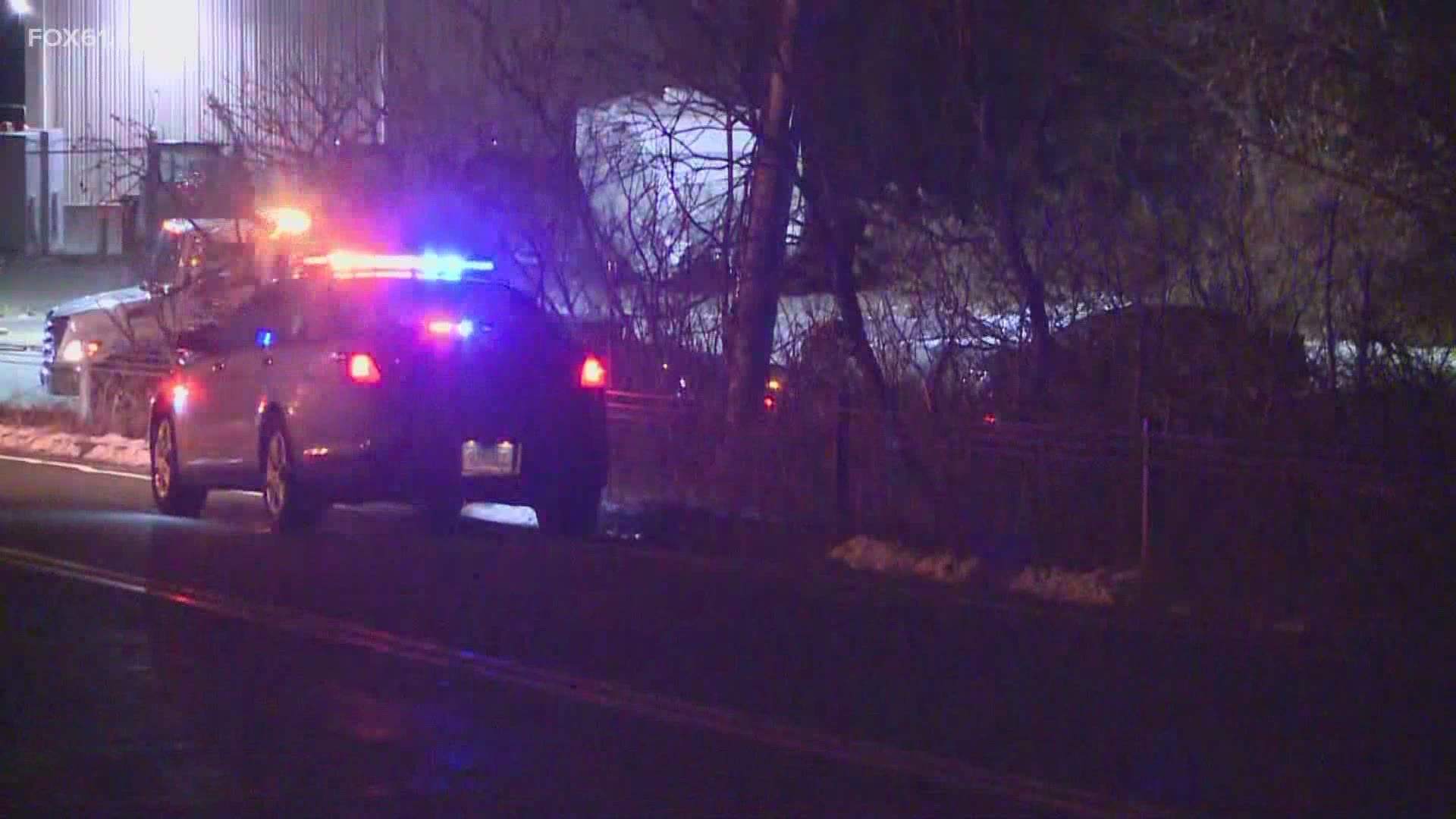 “I am heartbroken by the shooting of a Waterbury Police officer while responding to an emergency investigation. My thoughts are with him and his family during this incredibly difficult time. I have been in contact with Police Chief, Fernando Spagnolo, to offer any assistance my office can provide during such a difficult time. As the wife of a police officer, I fully understand the risk that comes with the job, however, these cowardly acts put our entire community at risk and further highlight the need to protect our officers. I pray for a speedy recovery for the officer.”

“Every day, our police officers put on their uniforms knowing they are risking their lives. I am saddened by the shooting of a Waterbury police officer yesterday and humbled by his sacrifice and service to the community.

“I am relieved to hear that the police officer is in stable condition and has been released from the hospital. I continue to pray for his full and speedy recovery and for his family and friends as they heal from this trauma.”