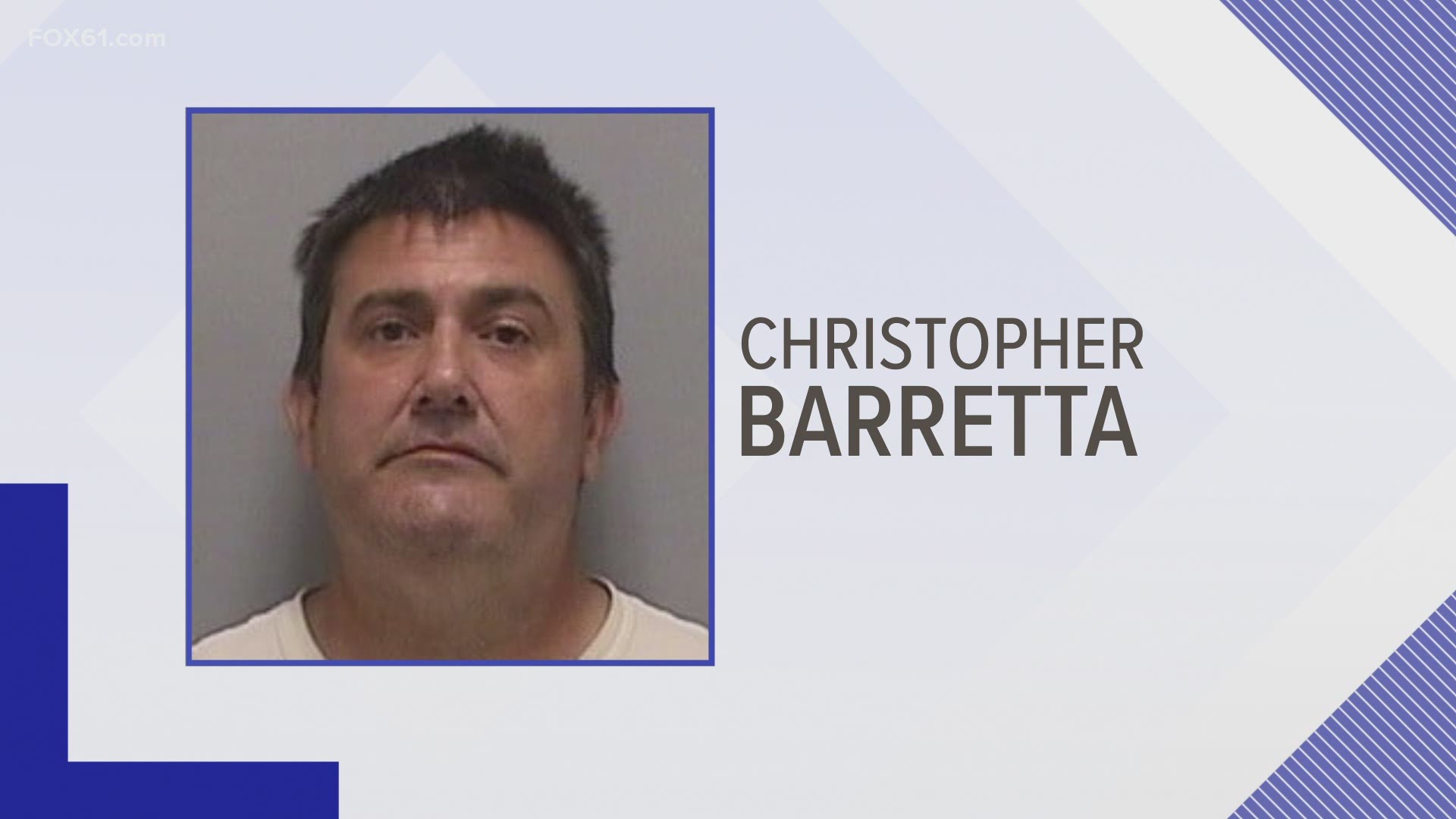 A 47-year-old Orange man is behind bars after he was arrested in connection with a shooting on June 3.

The police department announced Friday the arrest of Christopher Barretta Sr., a week after they responded to a report of multiple gunshots fired from a vehicle toward a residence on Old Tavern Road.

Police said the incident happened on June 3 around 11:30 p.m. and officers were dispatched to investigate on June 4. Officers met with the homeowner, who said he, his wife, and their young children were all home when he heard multiple "pops" outside his house.

He told police he saw a vehicle driving away but thought nothing of it. The next day at work, he and a coworker noticed a mark on his truck consistent with being struck by a bullet.

Upon further investigation and footage from the homeowner's RING camera, police said about 10 to 12 shots were fired from a 2004 Hummer H2 registered to Barretta, of Alling Farm Road in Orange.

Police said officers also located damage consistent with being struck by bullets at the residence and vehicles that were in the driveway at the time of the shooting.

Police said they were able to make contact with a neighbor of Barretta's whose security footage showed a vehicle consistent with Barretta's Hummer passed his house and parked outside Barretta's residence at 11:43 p.m. the night of the incident. Police then used Google Maps to confirm the time taken to travel from the victim's residence to Baretta's home to be approximately seven minutes, which gave probable cause to warrant arrest.

Police said the homeowner is also the complaining witness in a 2020 theft where Barretta was charged with Larceny in the 1st Degree and Criminal Mischief in the 3rd Degree.

A West Haven Police report said Barretta is alleged to have stolen landscaping equipment valued at more than $35,000 from the victim's business. The suspect vehicles reported in that incident match the description of Baretta's Hummer and red Ford F-550.

That case and five other criminal cases involving Barretta are still pending in Milford Superior Court.

Officers conducted a felony stop of Baretta's vehicle during which police said shell casings and a handgun were recovered.

Similarly stamped shell casings were found on Barreta's person, under the driver's side floor mat of his vehicle, and in front of the victim's residence.

Police then obtained an arrest warrant charging Barretta with one violation of Witness Intimidation. Police reported that he was arrested on June 10 and held on a $750,000 bond, which he was unable to post. He was arraigned the morning of June 11 at Connecticut Superior Court, Derby.

Police said while speaking to the victim, he indicated he is scared for his family's life and that his wife and children were home and could have been shot during the incident.