Breonna Taylor’s case had New Orleans take a look at its own system. 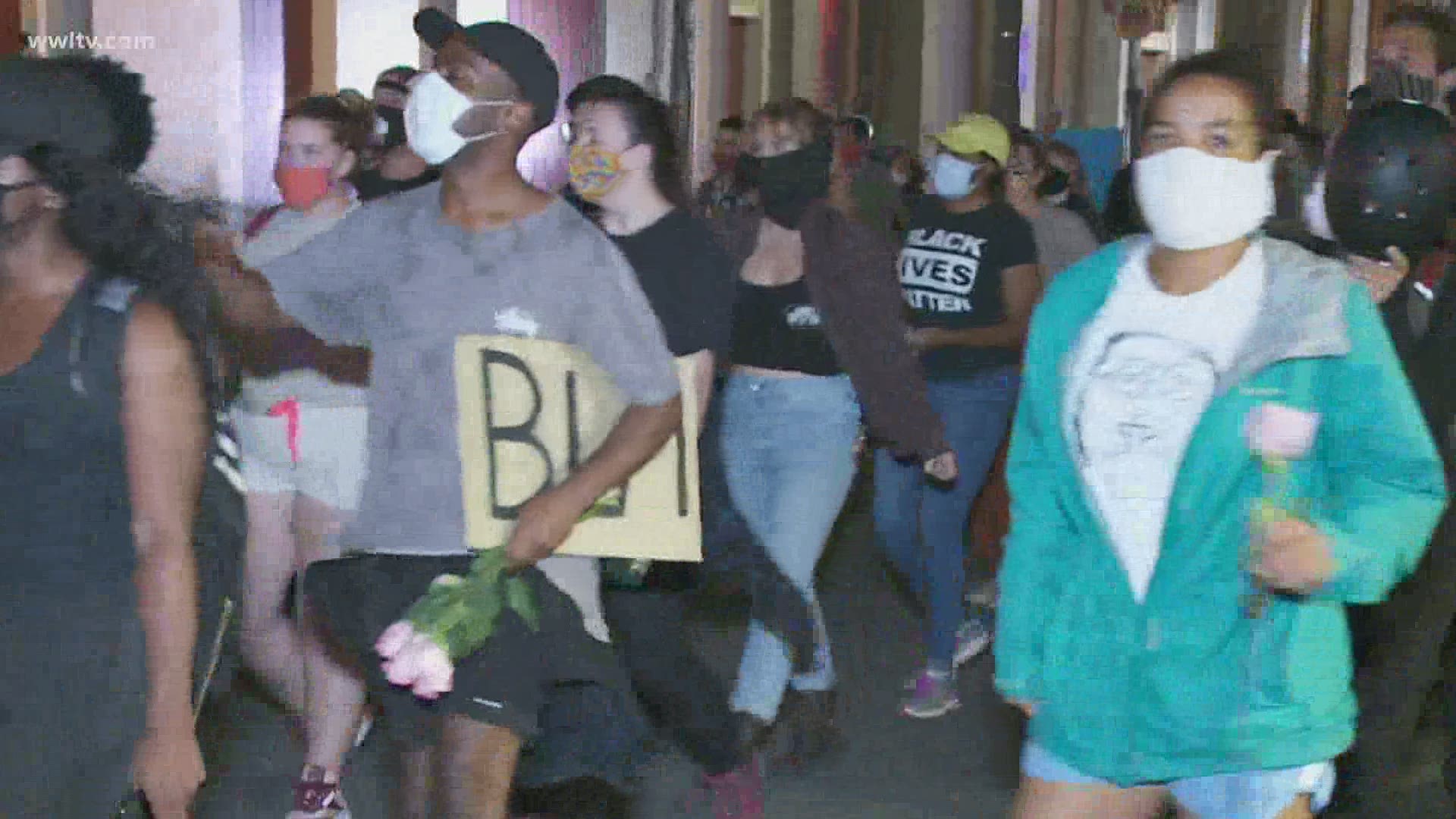 NEW ORLEANS — The news of Breonna Taylor’s death has already served as a catalyst for real change in Louisiana. But as the State of Kentucky announced Wednesday that it would not seek any charges against officers for Taylor’s killing, New Orleans is taking a tougher look at its own systems.

Wednesday evening, a few dozen people gathered near Jackson Square in protest of the lack of charges in Taylor’s death.

They eventually marched toward Canal Street, some chanting.

Louisiana ACLU’s Nora Ahmed said many are feeling as though justice was not served for Taylor, and that at minimum, most wanted to see a trial and evidence play out in front of a jury.

“When we do not see those incidents or events enter into our legal system, what it tells everyone is that the criminal legal system only stands generally speaking to put people of color on trial,” Ahmed said.

Breonna Taylor’s case had New Orleans take a look at its own system.

Councilman Jason Williams, Judge Arthur Hunter and Judge Keva Landrum all answered dozens of questions on a moderated Zoom call. Citizens could ask questions and comment on social media and on Zoom.

The questions varied, but race and policing were at the forefront of many questions and many answers.

RELATED: Grand jury indicts Brett Hankison in Breonna Taylor case, but no charges in her death

“It is not enough just to say I’m going to be fair now, but in order to end racial profiling and end police brutality, we have to hold police accountable in court,” said Jason Williams.

Judge Arthur Hunter, when asked how he would make his expectations of police officers known, answered, “Being a former police officer, I won’t be swayed and they won’t even try to say, ‘Look, you don’t know what it is to be a police officer, our lives are on the line out here’. Yes I do.”

“I believe that we need to address every issue that addresses fairness, that addresses racial bias, and how it affects our community. And as our district attorney I will take the lead on that,” she said.

But many of those who feel justice was not served in Louisville, also feel there’s a long way to go in New Orleans.

“We can get our legal systems right, but we’re going to have to start talking to people and believing people and giving them a seat at the table,” Ahmed said.