LAWRENCE, Mass.  — Authorities say an 18-year-old man has died after a house exploded amid gas explosions north of Boston, sending a chimney crashing into his c... 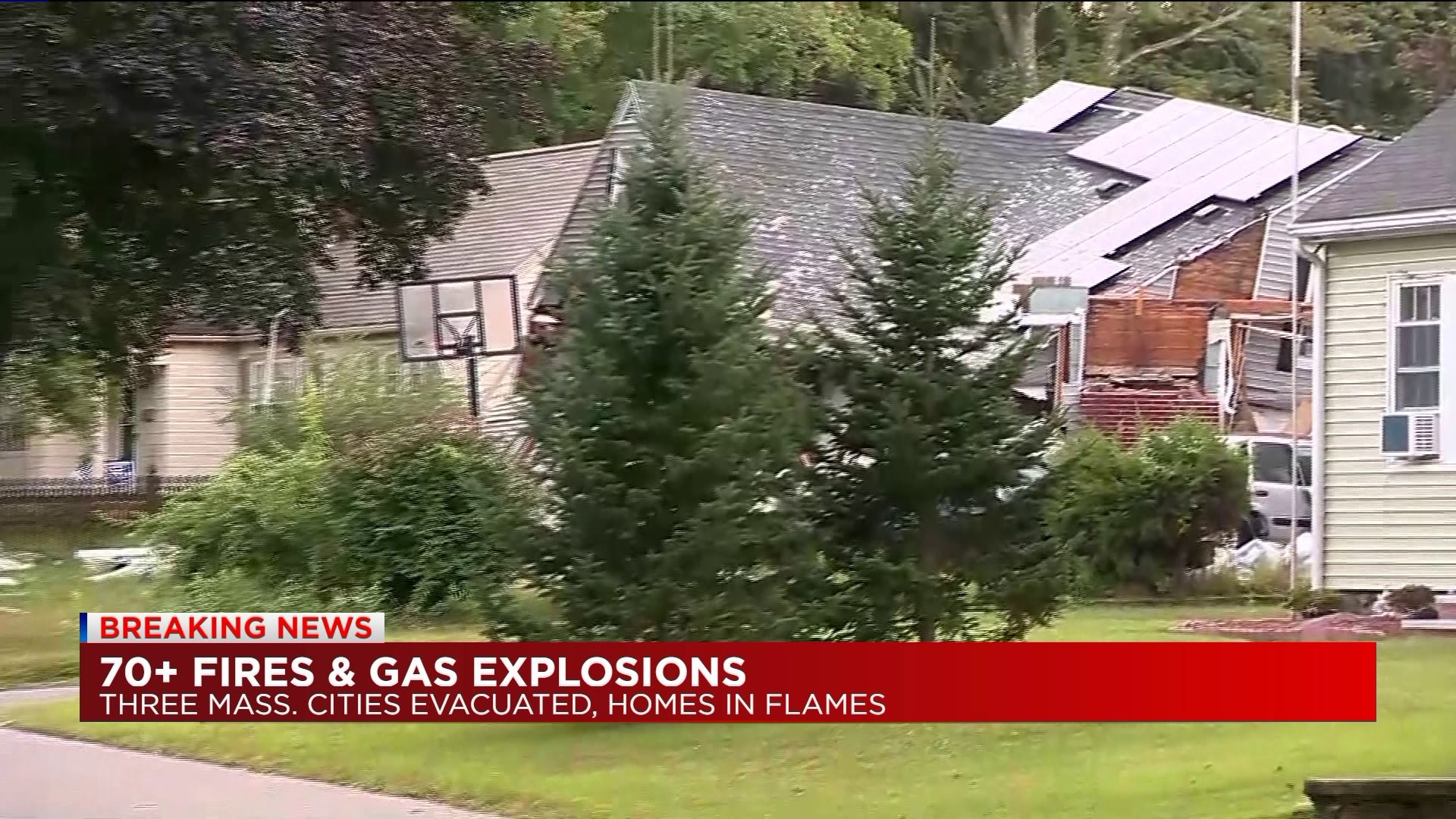 LAWRENCE, Mass.  — Authorities say an 18-year-old man has died after a house exploded amid gas explosions north of Boston, sending a chimney crashing into his car.

Officials have identified the victim as Leonel Rondon, of Lawrence. They say he was rushed to Massachusetts General Hospital in Boston, where he died around 8:30 p.m. EDT of his injuries.

Gov. Charlie Baker says 10 other people were injured Thursday in a series of fires and explosions that authorities blame on over-pressurized natural gas lines.

This is Leonel Rondon, the 18-year-old killed when a chimney fell on his car following a house explosion. A friend describes him as "a brave, humorous and caring person." #RIP #merrimackexplosions #wcvb pic.twitter.com/sWy75jxvR0

A series of gas explosions one official described as "Armageddon" left at least 10 other people injured and ignited fires in at least 39 homes in three communities north of Boston on Thursday, forcing entire neighborhoods to evacuate as crews scrambled to fight the flames and turn off gas and electric lines to prevent further damage.

Massachusetts State Police urged all residents with homes serviced by Columbia Gas in Lawrence, Andover and North Andover to evacuate, snarling traffic and causing widespread confusion as residents and local officials struggled to understand what was happening.

"It looked like Armageddon, it really did," Andover Fire Chief Michael Mansfield told reporters. "There were billows of smoke coming from Lawrence behind me. I could see pillars of smoke in front of me from the town of Andover."

Gov. Charlie Baker said state and local authorities are investigating but that it could take days or weeks before they turn up answers.

"This is still very much an active scene," he said. "There will be plenty of time later tonight, tomorrow morning and into the next day to do some of the work around determining exactly what happened and why."

Hours after the explosions, the utility's parent company issued a brief statement saying its crews were still performing safety checks in the area.

"Our thoughts are with everyone affected by today's incident," Indiana-based NiSource said in a statement. "The first priority for our crews at the scene is to ensure the safety of our customers and the community."

By late Thursday, all of the fires had been doused but many areas remained silent and dark after residents fled and after power companies cut electricity to prevent further fires. Schools in all three communities were canceled for Friday, and some schools were being used as shelters for residents.

Lawrence resident Bruce Razin was among the evacuees standing outside the Colonial Heights neighborhood near the city's high school trying to decide what to do next late Thursday.

Officials had cut power in the area and the streets were pitch black, save for emergency vehicle lights. Razin said he arrived just as residents were being evacuated, and immediately saw the house two doors down was leveled from an explosion.

"I couldn't imagine if that was my house," said Razin, who purchased his home nearly two years ago. "It's total destruction. I'd be completely devastated."

With a backpack filled with personal items he had hastily grabbed, he said he'd head to his mother's home a few towns over for the night.

In Lawrence, a man whose neighborhood was among dozens that erupted in fire says he ran into his basement to find that the room was glowing. Resident Ra Nam says he was in his yard when the smoke detector in his basement went off around 4:30 p.m. EDT Thursday.

When he ran downstairs and saw the boiler on fire, he quickly grabbed a fire extinguisher and put it out. Minutes later, Nam said he heard a loud boom from his neighbor's house and the ground shook. Nam said a woman and two kids had made it out of the house but the basement was on fire.

Lawrence General Hospital said it was treating 10 victims, including at least one in critical condition.

The Massachusetts Emergency Management Agency blamed the fires on gas lines that had become over-pressurized but said investigators were still examining what happened.

Columbia had announced earlier Thursday that it would be upgrading gas lines in neighborhoods across the state, including the area where the explosions happened. It was not clear whether work was happening there Thursday, and a spokeswoman did not return calls.

Reached by phone, some local officials described scenes of panic as residents rushed to evacuate, many wondering if their homes would be next to erupt in flames. In North Andover, town selectman Phil Decologero said his entire neighborhood had gathered in the street, afraid to enter their homes. Just a few streets down, he said, homes were burning.

"It's definitely a scary situation at the moment," he said. "It's pretty severe."

Aerial footage of the area showed some homes that appeared to be torn apart by blasts. At one, the upper portion of a brick chimney crushed an SUV parked in the driveway.

Soon after the first fires, Lawrence City Councilor Marc Laplante was warning residents in the Colonial Heights neighborhood to evacuate but said traffic had become a problem.

"People need to get out of this area safely," he said at the time. "It's really difficult because the traffic right now is horrendous."

Joseph Solomon, the police chief in nearby Methuen, said 20 to 25 homes were on fire in Lawrence when he responded to help. He said there are so many fires "you can't even see the sky."

The three communities house more than 146,000 residents about 26 miles (40 kilometers) north of Boston, near the New Hampshire border. Lawrence, the largest of them, is a majority Latino city with a population of about 80,000.

"Lawrence is a very resilient community. We're going to get through this together," Mayor Dan Rivera told reporters as emergency lights illuminated smoke in the night sky nearby.

Gas explosions have claimed lives and destroyed property around the U.S. in recent years.

A buildup of natural gas triggered an explosion and fire that killed seven people in apartments in Silver Spring, Maryland, in 2016.