NEW HAVEN —  Notices were handed out to 1,100 New Haven public school employees Friday. It was to inform them their job has come to an end. The New Haven ... 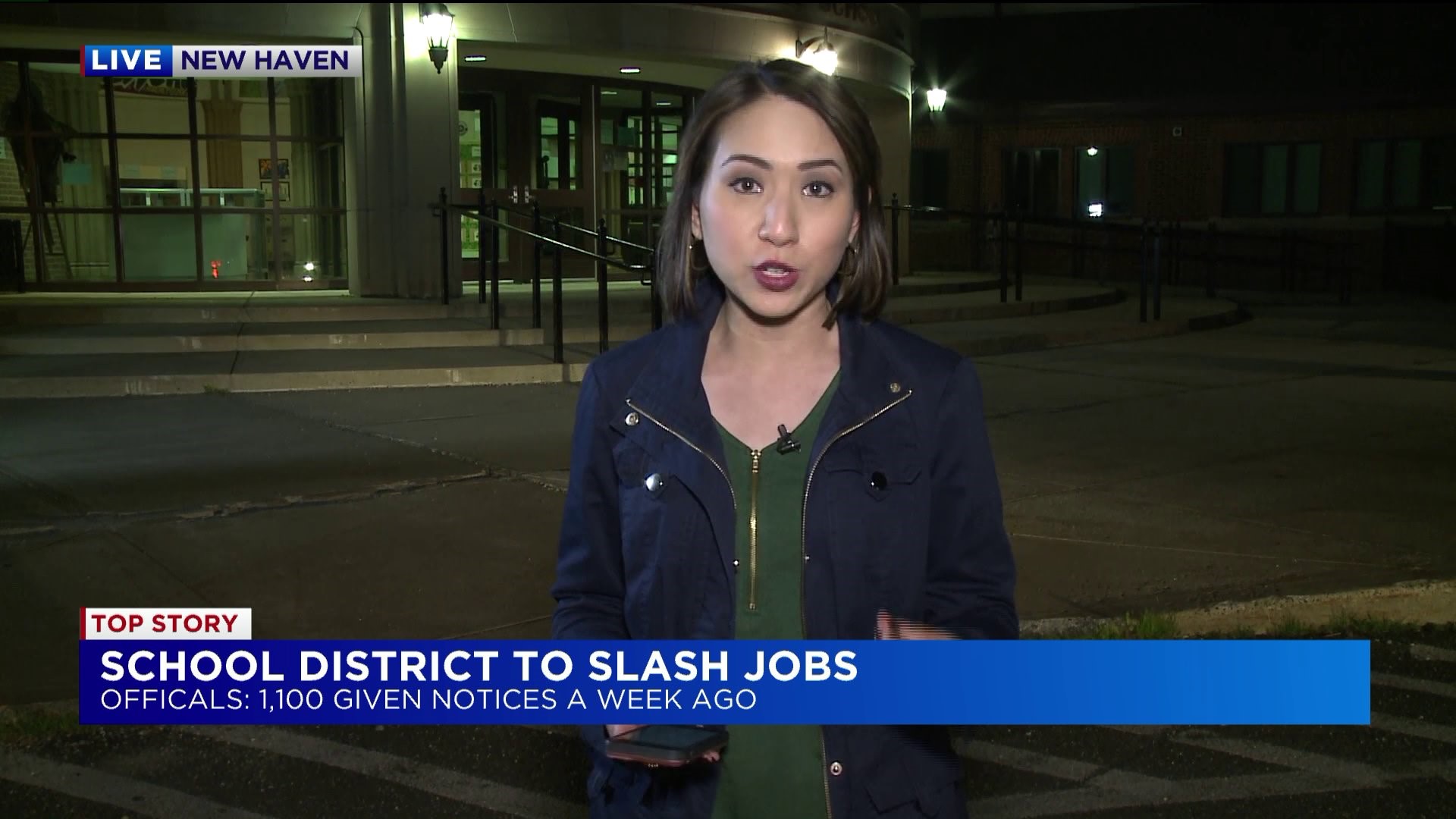 It was to inform them their job has come to an end.

The New Haven Board of Education held a public meeting Monday night to explain the meaning behind the notices. Members went into executive session for close to two hours which led to some people leaving.

Superintendent Dr. Carol Birks wanted to clarify the notices were distributed to part-time employees. She said they should have known from the beginning their term of employment would eventually end, but Birks did admit there should have been better communication from the board of education's end.

Dr. Birks added there will be an analysis conducted where they will identify which positions were being used and which were not. That will help them decide which jobs to keep which means employees can potentially be re-hired.
During the meeting, a powerpoint slide showed that there was a $20 million deficit and Dr. Birks told FOX 61 approximately $12 million was being spent on the 1,100 employees.
To adjust to the deficit, the board has closed some schools, consolidated some programs and looked at costs in terms of efficiency.
The part-time jobs included: teachers, tutors, lunch aides or bus monitors.

"One person didn’t hear it then we missed communicating it with someone so we can sharpen up our communication streams throughout the district. However, when you’re given a part-time job, it’s a part-time job. We should have as a system previously when they were hired Day one back in August we should’ve informed people," said Dr. Carol Birks, superintendent of New Haven Public Schools.

"We have a lot of people that’s probably in places that should not be in place. They’re just here. They have already retired, they’re still collecting money. We’re talking about a deficit then we really have to look really closely where we’re spending our money at," said Nijija-Ife Waters, a parent whose son attends an elementary school in New Haven.

Dr. Birks said a job fair will be held in August and only certain positions will be offered depending on the results of the analysis.
The conversation will continue at the next board of education meeting held on July 9th at 5:30 p.m.