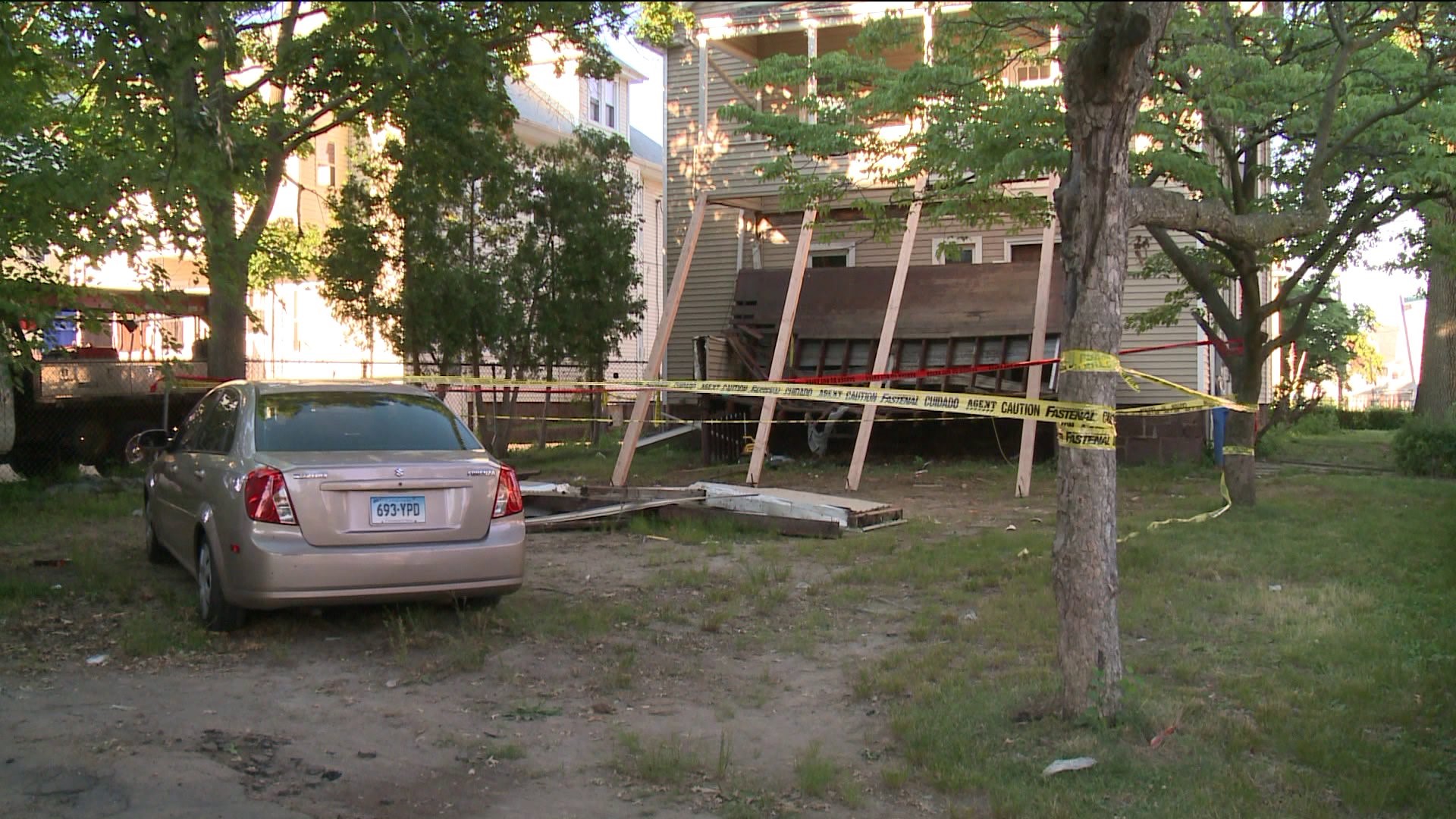 Officials responded to  91 Campfield Avenue around 8:30 p.m. after receiving 911 calls regarding a porch collapse.  Firefighters said that possibly more than 20 people were on the porch at the time.

A dozen people were injured in the collapse. The victims suffered a variety of injuries ranging from cuts, head wounds, and abdominal pain. All the injuries were non-life threatening.

“I see the, the porch it was completely destroyed. Everything came down. When I’m heading out the door I see an old woman on the floor. I see kids here a seizure over here so it’s like what’s going on," said resident Carlos DeJesus who saw the collapse.

No one is being allowed in the building at this time. Fire officials said licensing and building officials will inspect the structure to determine if it’s safe.

Here are closer shots of the 2nd floor porch of a multifamily home in #Hartford that collapsed this evening, sending possibly 20 or more people crashing to the first floor below. You can see the entire bottom of the porch just fell out from underneath. pic.twitter.com/8LOZu1C69H