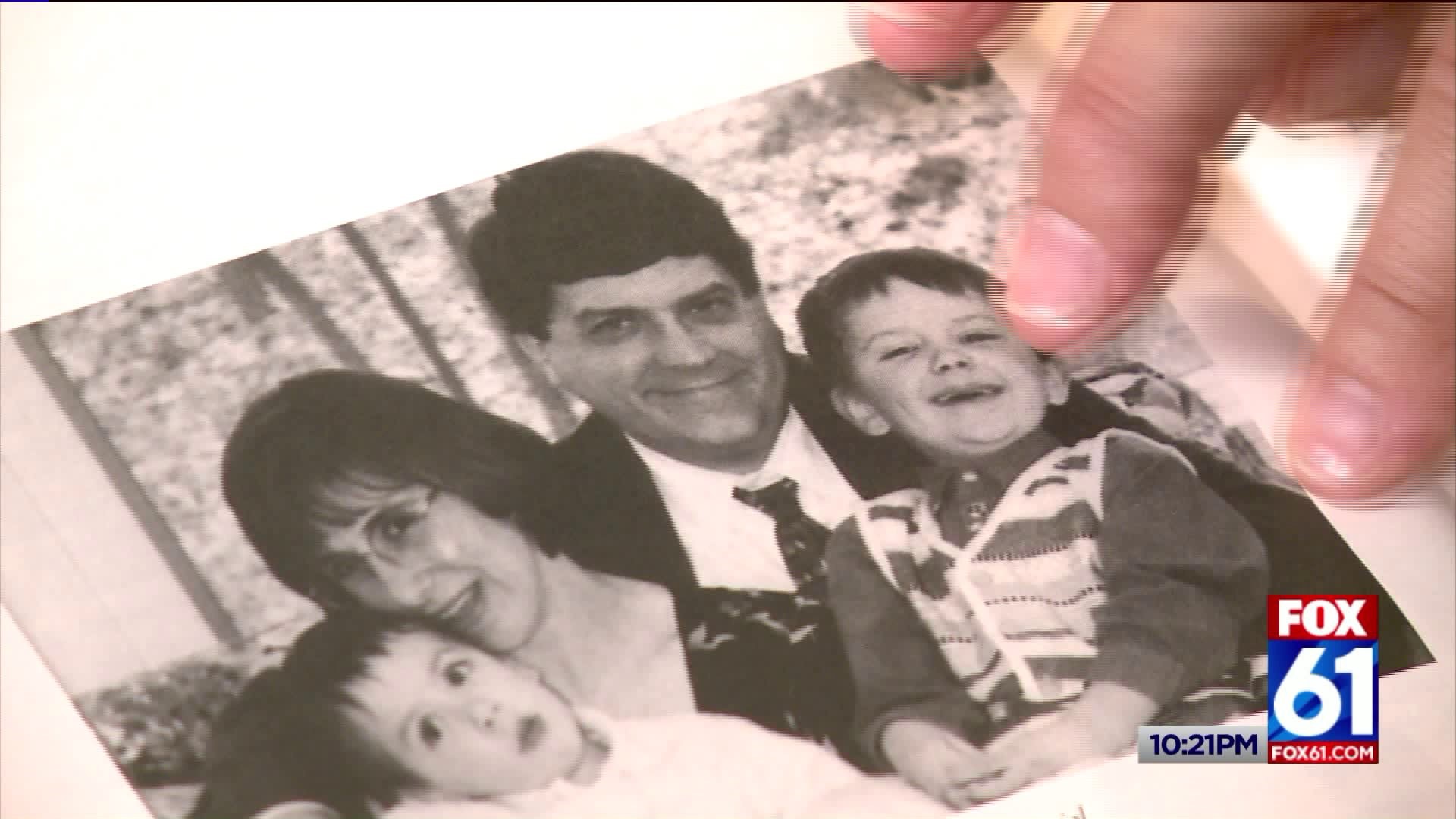 BLOOMFIELD - September 11th, 2001, or as it’s come to be known, 9/11. It’s a day where you remember where you were and what you were doing. It’s the day freedom fell under attacked.

For Bloomfield’s Cindy McGinty, it was also an attack on her family. She lost her husband Michael. “It was a bright and gorgeous morning,” said Cindy.

8:45AM. Cindy was at church while her two kids were at school. She wasn’t aware that their lives were about to change. One minute later at 8:46AM in Lower Manhattan, the bustling center of the free economy was thrust into chaos.

The first plane hit the North Tower. A smoking skyline told the tale. “So we went and got a TV and turned it on and I thought oh my gosh,” said Cindy.

Cindy’s husband Michael McGinty was sitting in a business meeting on the 99th floor of the North tower. It was the first tower to get hit and the second to fall. “He would have been one of the last ones out,” recalled Cindy about her husband. Michael was a Navy Veteran.

Fearing the worst, Cindy went to search ground zero. “I took one look at it and I looked at my sister and I said, were going home. He’s not alive.”

Then, out of unspeakable tragedy...a minor miracle. “There were people who picked through rubble to find remains of my husband. I got Mike’s ring back because somebody found it.”

Michael was 41. They met on a blind date where it was love at first sight. They had two children. David and Daniel. David was 7.

In the days that followed, grief turned to gratitude. The kindness of strangers kept the McGinty family afloat.

A local landscaper showed up at their home to mow the lawn. “He cut my grass for 8 years and never took a dime.” It was the day Cindy knew hate couldn’t win.

“We cannot let the terrorists own the day,” she said “Yeah it was a terrible day. It was. But you think about what happened in the minutes after 9/11. We all came together. We weren’t red we weren’t blue. We were the United States of America.”

Now, 18 years later, Cindy is keeping Mikes memory alive by giving back through the Military Heroes and the 9/11 Fund and through the National Day of Service where everyone is encouraged to spread small seeds of kindness.