NORTHAMPTON, Mass. — More than 1,000 people lined the streets of Northampton, Mass. Tuesday to make their first legal purchase of marijuana at New England... 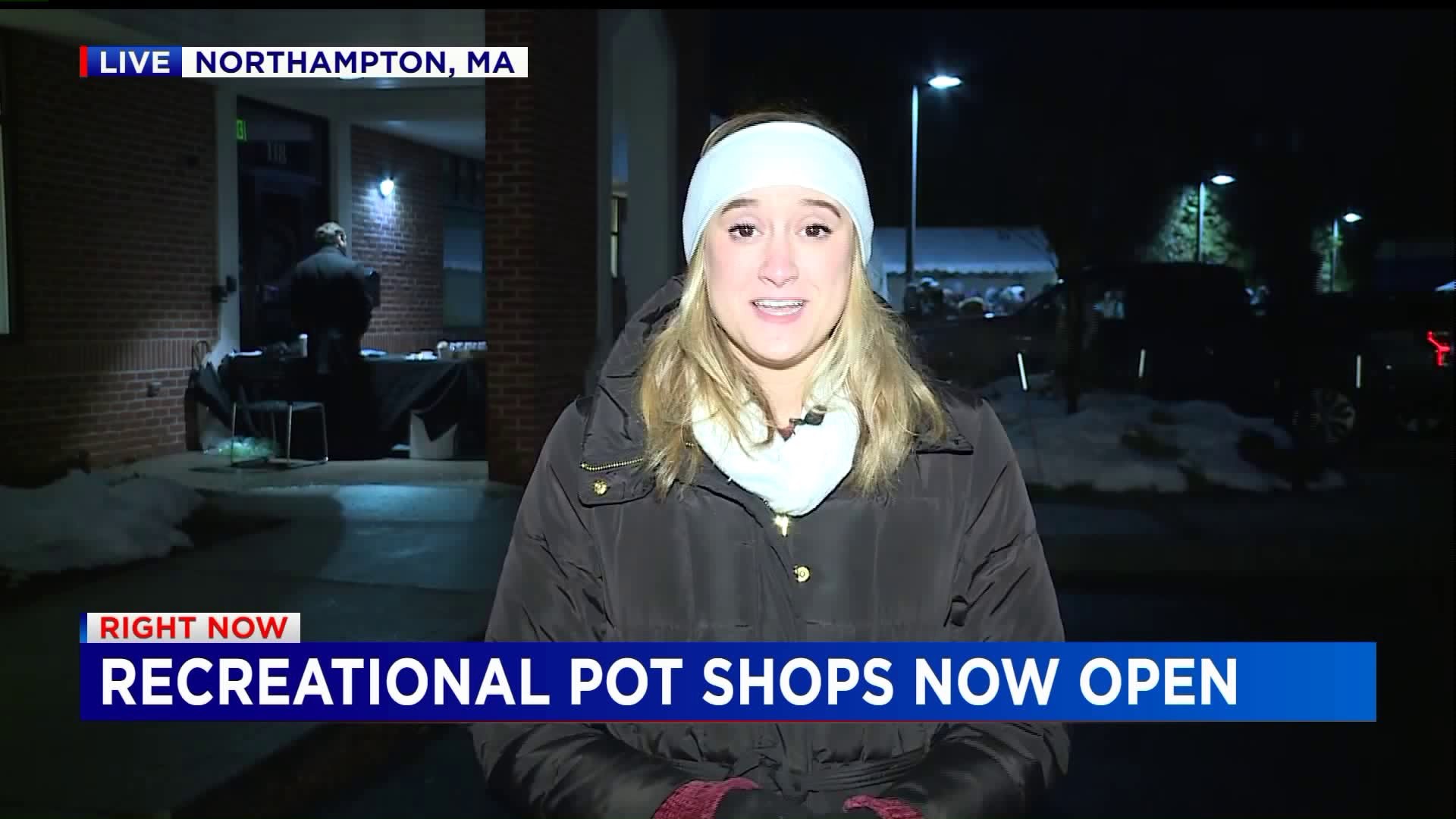 People from all walks of life waited in line for hours just to be a part of the history.

"I’ve been smoking for a lot of years, now I don’t gotta hide it," said Dennis Deforge of Northampton.

"I got a vape pen and some edibles," said Daquaan Hamilton of Northampton, who made one of the first purchases.

NETA is the first recreational marijuana dispensary to open its doors east of Colorado. People from all over Massachusetts, Connecticut, Vermont, New York and New Hampshire braved the snow, sleet, rain and frigid temperatures just to get inside.

"I think it’s a critical political turning point that people in other countries and other states should really consider," said CD Lefebvre of Northampton.

Salaam waited in line for three hours Tuesday morning to make his purchase.

Connecticut State Police are reminding people who drive back to Connecticut with marijuana: it's illegal. Marijuana has been decriminalized but you could still get a ticket or even jail time, depending on the amount you have.

"I live a worry-free life in a police state," said Salaam. "It's about time the government get out of our business and start letting us relax."

"I’m gonna lock it in my trunk and hope for the best," said Bethany Faulkner of East Hartford. "I am a little nervous because I’m sure they are on high alert for out-of-state drivers."

The line of hopeful customers snaked the building and surrounding neighborhoods for hours but the crowds slowed down in the early afternoon.

At Cultivate, another shop that opened Tuesday in Leicester, Mass., they started turning people away when the line got too long. But NETA was ready to keep welcoming customers until their closing time at 10 p.m.

"It’s just nice to see people come out," said Braulio Sotomayor, who made the trip from New York City. "There’s no confusion here. It is what it is and it feels good."