NEW HAVEN — New Haven Police spent hours overnight and into Monday morning piecing together what led to a deadly crash and carjacking on Whalley Avenue. T... 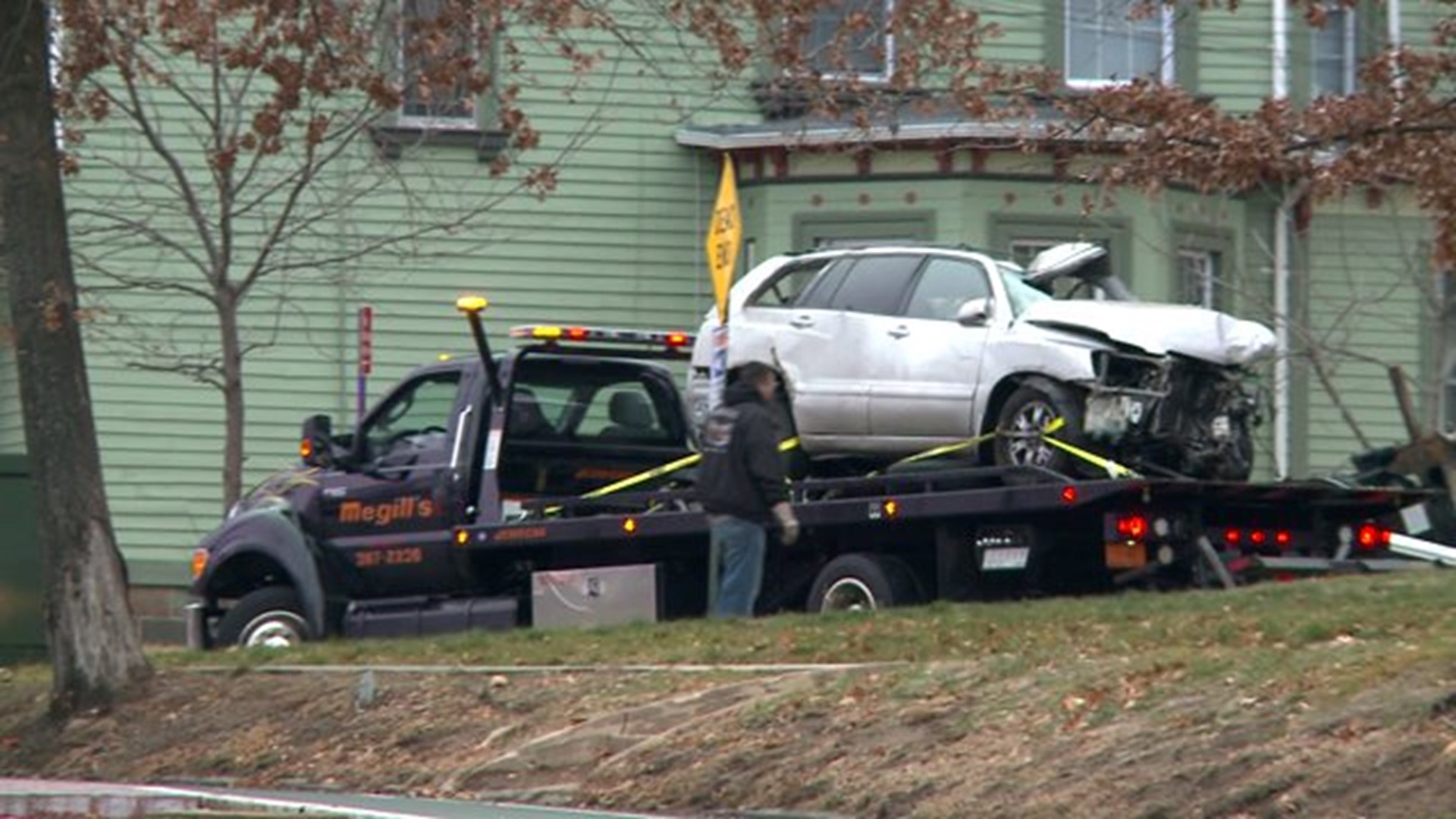 NEW HAVEN -- New Haven Police spent hours overnight and into Monday morning piecing together what led to a deadly crash and carjacking on Whalley Avenue.

The situation ended with a reportedly stolen SUV crashing into the side of the Congregation Beth El Keser Israel Synagogue.

Police said it all started at about 12:15 a.m. in the area if Fitch and Blake streets.  That's where a man, the SUV's owner, told police he was approached by two men, later identified as Tommy Clayton Brown, 23, of New Haven, and Andrew Bolden-Velez, 20, of West Haven, and one of them acted as if he had a gun.

The SUV owner handed over his wallet and cell phone, and the carjackers took off in his 2005 Toyota Highlander, according to police. The owner of the SUV wasn't hurt.

The synagogue was empty at the time of the crash and members said they held morning services in a different wing of the building.   Former president and member Jay Sokolow said they are saddened to think two young men lost their lives right on their front lawn, but are relieved this was not a targeted situation.

"There's no way to be completely protected from people who have ill intentions, so whenever something in the neighborhood happens we are concerned and think of that first," Sokolow said.

The synagogue's current president spent the morning with the fire department and insurance company to assess the damage and said it is impacting both their upper level and lower level social halls.  They plan to move forward with all services and events the best they can.

The Congregation Beth El Keser Israel Synagogue serves more than 250 member families and another 200 non-member families call it their place of worship.  According to their website, they welcome people of all ages,  secular backgrounds, and sexual  and gender orientations.

This investigation into the crash is now in the hands of hands of the Connecticut State Police and State’s Attorney’s Office.