NEW YORK CITY — A helicopter crashed into New York City’s East River around sundown Sunday and flipped on its side, killing at least two people. A s... 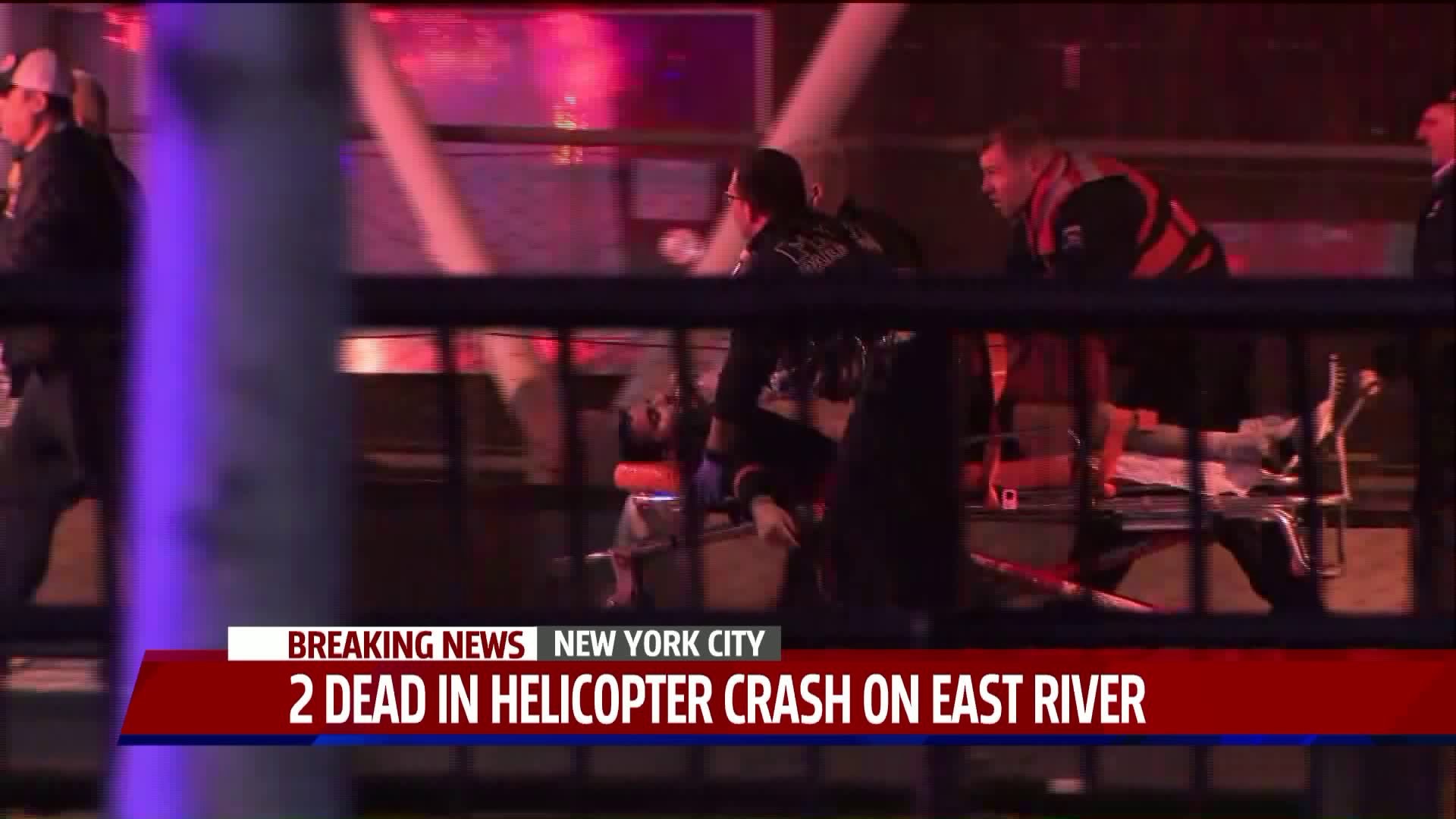 NEW YORK CITY -- A helicopter crashed into New York City's East River around sundown Sunday and flipped on its side, killing at least two people.

A spokesman for the mayor's office, Eric Phillips, confirmed the fatalities on Twitter. At least one person was rescued from the water, he said.

Coast Guard officials said there were six people on board. Five were recovered by police and fire department divers. The pilot was able to free himself. Three were taken to the hospital in critical condition.

The helicopter was a private charter for a photo shoot.

Video taken by a bystander and posted on Twitter shows a red helicopter land hard in the water and then tip over as its rotors slap at the water.

The helicopter, a model used by tourist companies, went down near Gracie Mansion, the mayoral residence. A small armada of rescue boats searched for survivors.

Witnesses told local media that the helicopter appeared to fill with water quickly.

"Its' cold water. It was sinking really fast," Mary Lee, 66, told the New York Post. "By the time we got out here, we couldn't see it. It was under water."

@cnn @FoxNews just witnessed a helicopter crash into the East River .. hope everyone’s ok. Caught it all on tape! pic.twitter.com/saHOMTLR69

Witnesses described seeing at least one person emerge from the helicopter and wave his or her hands for help.

A Federal Aviation Administration spokeswoman said the Eurocopter AS350 went down just after 7 p.m.

The skies over New York constantly buzz with helicopters carrying tourists, businesspeople, traffic reporters, medical teams and others. Crashes are not uncommon.

A crash in October 2011 in the East River killed a British woman visiting the city for her 40th birthday. Three other passengers were injured.

A helicopter on a sightseeing tour of Manhattan crashed into the Hudson River in July 2007, shaking up the eight people aboard but injuring no one. In June 2005, two helicopters crashed into the East River in the same week. One injured eight people including some banking executives. The other hit the water shortly after takeoff on a sightseeing flight, injuring six tourists and the pilot.

Our @NYPDspecialOps and @FDNY personnel are responding to reports of a helicopter in the East River near East 90th Street. Expect to see emergency personnel in the area. More information to follow when available. pic.twitter.com/CzImayuTae

FDNY members are on scene with @nypdnews for a confirmed helicopter in the East River, 8611 E 91 St. Manhattan pic.twitter.com/zojrGp2Ay0

Helicopter down in east river pic.twitter.com/VRm1n9Hc7J

Check back for the latest developments.