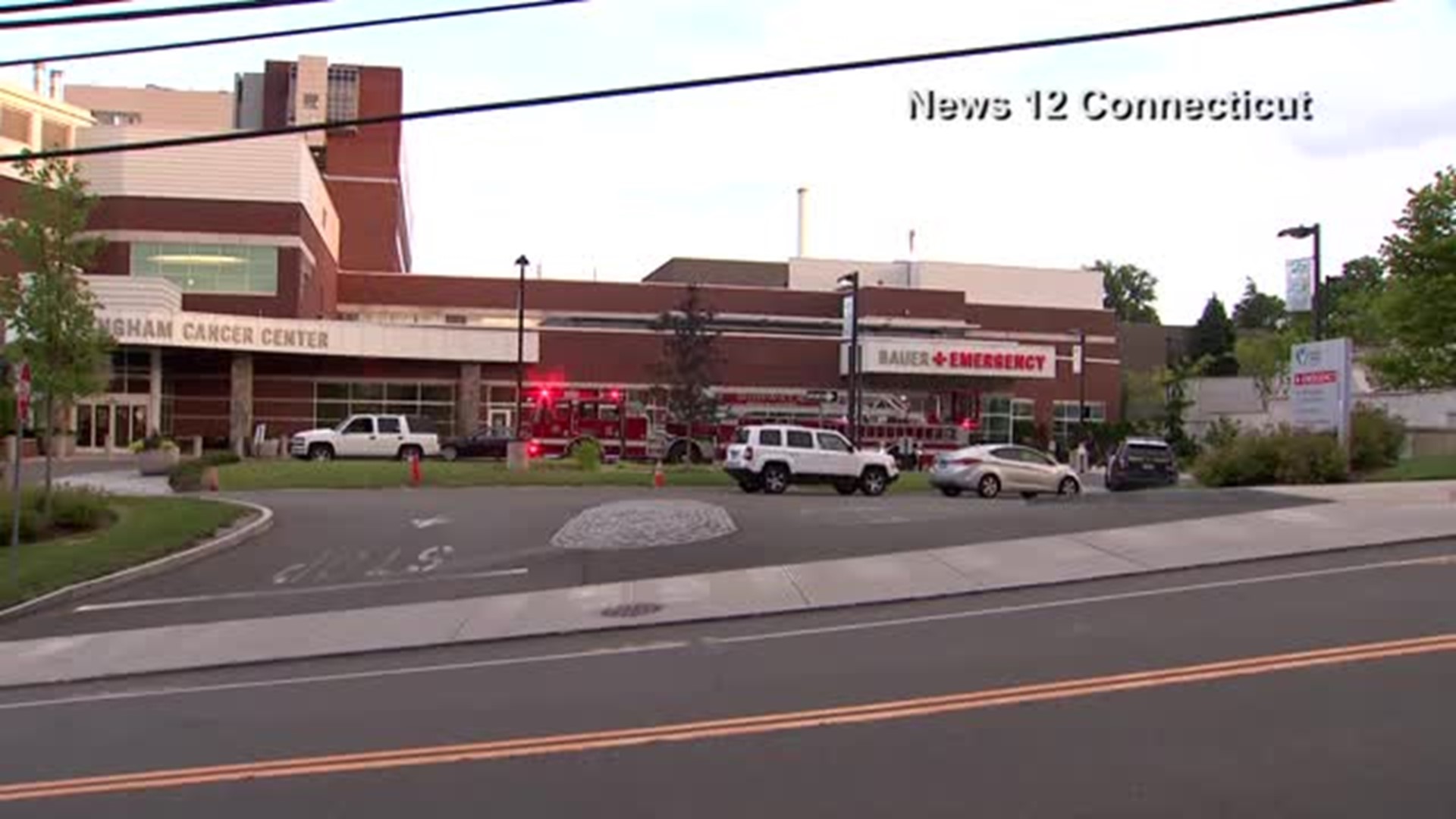 The Norwalk Fire Department said they were called to the scene at 7:30pm, for a reported fire in the Emergency Room. "Upon arrival, firefighters were directed to POD 2 of the emergency department, where an oxygen cylinder/regulator exploded on a transport gurney. The gurney was transporting a patient into the ER and had 2 attendants. Firefighters found a moderate dust condition from a discharged of a dry-chemical extinguisher, but no smoke or fire. Burn marks on the wall and ceiling were the result of the explosion.

One of the EMT attendant, from an out of town ambulance service was treated and release, the other EMT and patient were uninjured. The Hospital had made arrangements to have the area cleaned and resume normal operations."

For a time, Maple Street was closed to all traffic and officers were assisting anyone needing to get into the hospital. The street has since reopened.