HAMDEN — A Hamden landmark has been destroyed and town leaders have no idea when it happened or why. It’s known as “The Door Tree”, for its unique s... 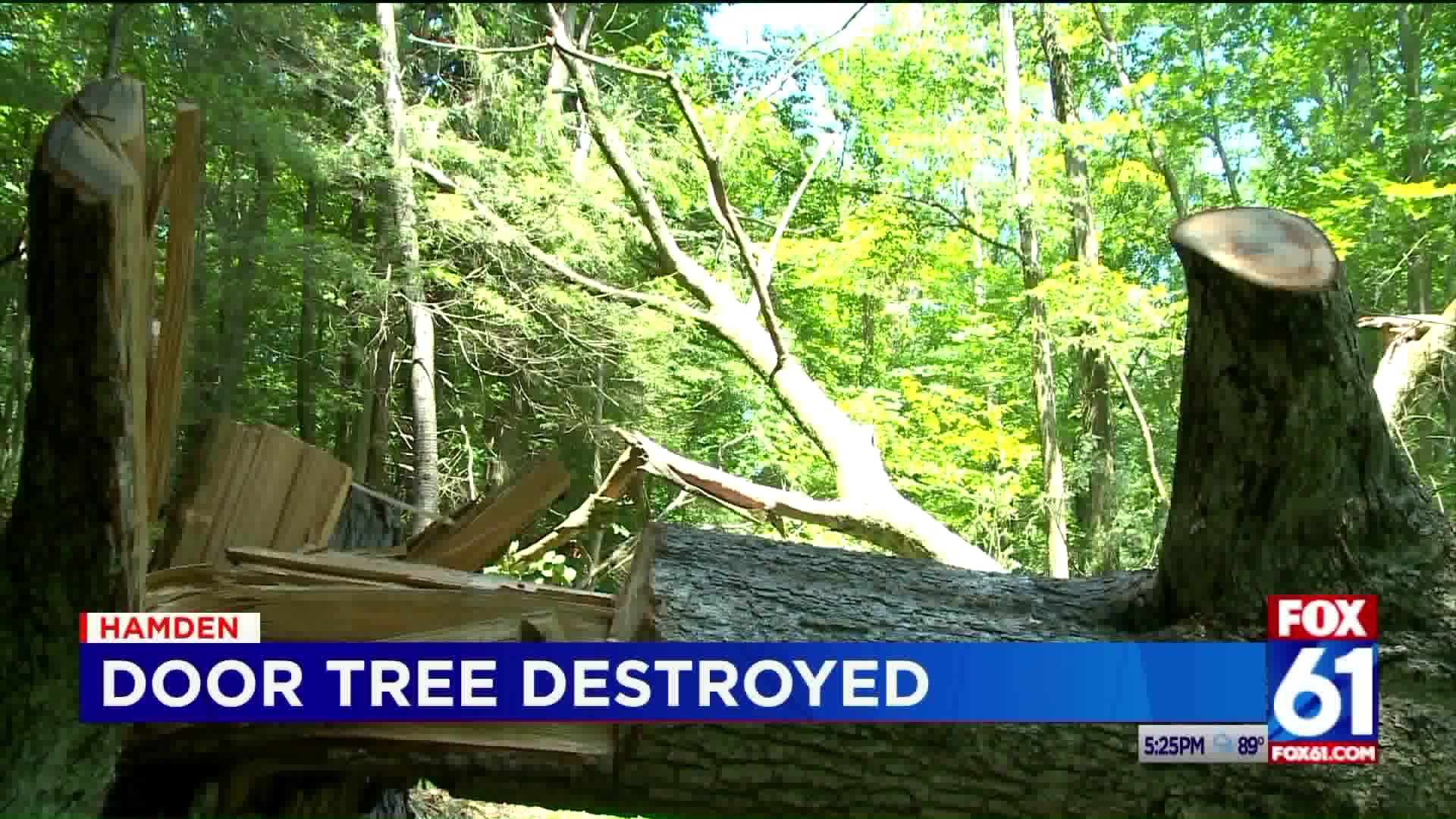 HAMDEN -- A Hamden landmark has been destroyed and town leaders have no idea when it happened or why.

It’s known as “The Door Tree", for its unique shape, and stood proudly in some woods not far from Quinnipiac University on Regional Water Authority property.

“It got its name because there were two trees that for some reason came together forming an archway or doorway like arch,” said Hamden Town Historian David Johnson.

There are pictures of this tree, which now lays in pieces, dating back to the late 1800’s. The Regional Water Authority, which owns this land, says their forester believes this tree could date back to the Revolutionary War era, in the 1770’s.

One photo, with two men in it, dates back to 1898. And, this tree had even been featured on the television show “Ripleys Believe It or Not.”

“Within the last generation, those of us, who knew of its location, kind of kept it an open secret,” Johnson said. “We didn’t really want to publicize its location because we feared that it would be vandalized.”

The tree stood roughly 50 feet into the woods, off of Hamden‘s New Rd., on property owned by the Regional Water Authority, which is among the agencies investigating.

“They work hand and a glove with the Hamden police, who investigated this, found some possible evidence,” said Johnson.

Trash strewn about the base of the tree could prove to be helpful. A $2,000 reward, including $1,000 from the Water Authority, is being offered for information leading to an arrest and conviction.

And, many are already stepping forward to help preserve whatever can be salvaged from this piece of Hamden’s history.

“One gentleman offered, he does woodworking and offered to make some pens out of the tree, wood pens,” said Mayor Curt Leng (D-Hamden).

And let’s not forget, there are video cameras everywhere in today’s world.

“People that drove up that night, couple of days before, you know, and somebody got out of there with a chainsaw,” said Leng.

The Regional Water Authority says they do not have surveillance cameras in this area or at their building, which is located across the street.

The Hamden Police Department and RWA are currently investigating in hope of learning more information leading to the arrest of the person or persons responsible.