LAS VEGAS, NV (KVVU) — Experts said a second blast will likely be needed to complete the demolition of the Clarion Hotel and Casino, which was imploded Tu... 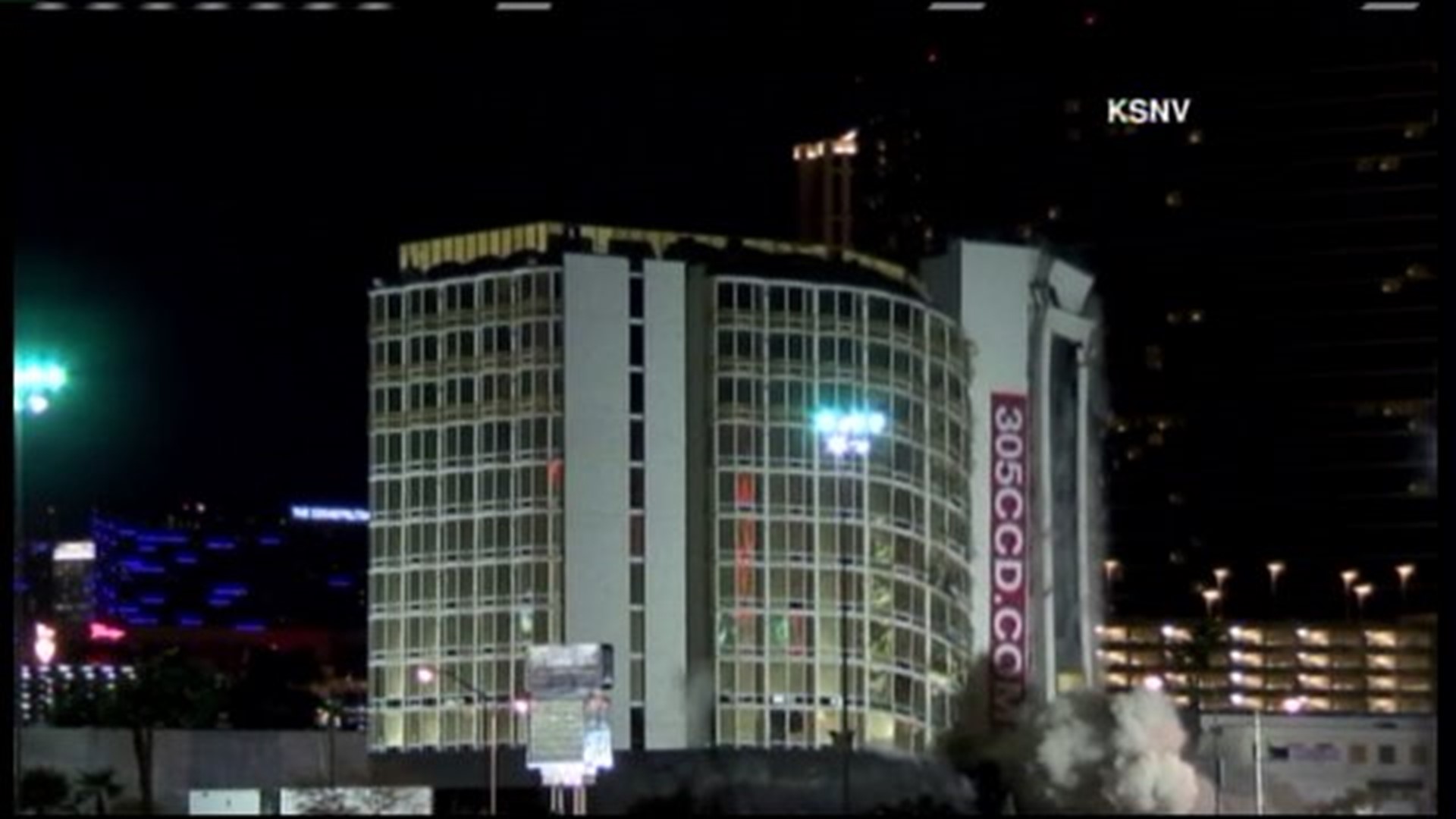 LAS VEGAS, NV (
KVVU
) -- Experts said a second blast will likely be needed to complete the demolition of the Clarion Hotel and Casino, which was imploded Tuesday morning.

Originally slated for 2:30 a.m., the big bang was delayed for about a half-hour as police were called in to clear out five people who found themselves inside the blast zone. Eventually, a series of explosions leveled much of the building as onlookers packed nearby parking garages to witness the spectacle.

When the dust cleared, a tower of the building was left standing. Crews at the scene said they were trying to determine why that section didn't collapse along with the rest of the building. However, they said a second round of explosions would likely be needed to finish the demolition.

Once the demolition is complete, crews will spend about a month cleaning up the rubble.

Planners said an expansion of the nearby Las Vegas Convention Center and a billion-dollar mixed-use resort are in the works for the area where the Clarion once stood.

Opened in 1970 as a Royal Inn, the hotel and casino was also operated as The Paddlewheel Hotel Casino.

Reynolds sold the property in 1999, and it was owned for a time by the World Wrestling Federation before again being sold, remodeled and transformed into Greek Isles Hotel & Casino.

The last notable implosion in Las Vegas was the O'Sheas Casino parking lot, which was demolished in order to make room for The LINQ.

The New Frontier hotel and casino was imploded in November 2007.