3 injured after plane crashes during take off at Danbury Airport 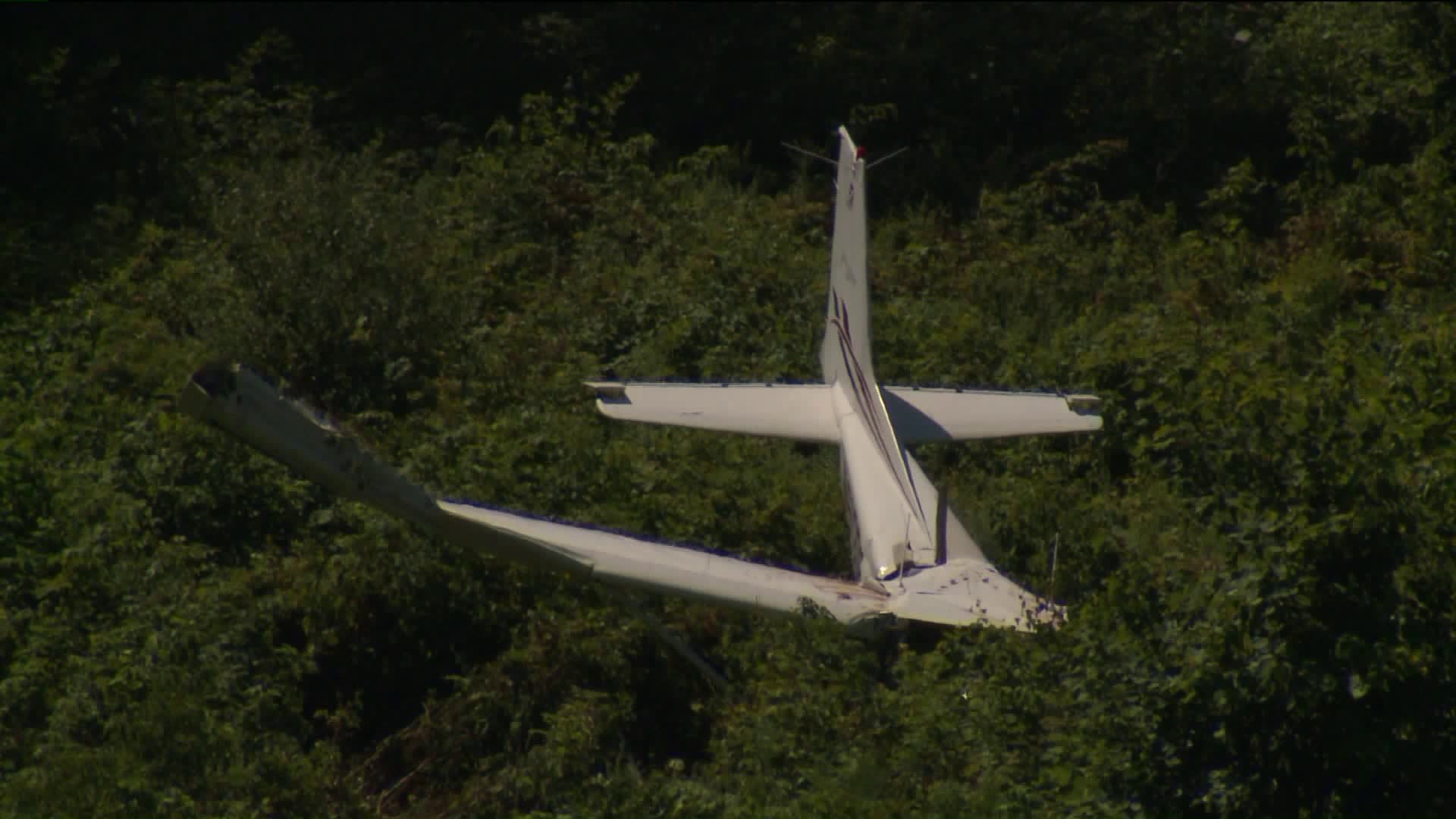 James Gagliardo, public information officer for the Danbury Fire Department, said emergency crews were called to the area of the Danbury Dog Park at the intersection of Miry Brook Road and Backus Avenue for a plane crash. The plane, a Cessna SkyHawk, had just taken off from the Danbury Airport around 10: 30 a.m. with three men on board  when the tower saw the plane crash.

The Skyhawk can carry four people and is a  single-engine, high wing aircraft.

When firefighters arrived, they found the the plane in the field just behind the dog park in heavy brush. The three people were removed and taken to Danbury Hospital. One patient was in critical condition with life-threatening injuries with plans of being transferred to Westchester Medical Center via medivac.

One of the passengers was in severe condition and the third was stable with minor injuries according to officials. Fire officials said the plane was reportedly rented at Danbury Airport.

One man who was walking his dog in the area at the time says the three passengers are lucky to be alive.

"The guy did a pretty incredible job being able to land it right side up," says Nikolaus Lentner, a former pilot."

Lentner has over 3,200 hours of flight experience dating back to 1968. Several of those hours were spent flying a plane similar to the Cessna SkyHawk that crash landed. He says it's extremely difficult to recover safely once a plane like the Cessna SkyHawk experiences any kind of issue during takeoff.

Lentner says if the plane landed upside down, survival would be unlikely.

"It's like a guy that spun his car around on a snowy road and he saved it from flipping over and going through the guard rail," says Lentner.

Airport officials are  working with the FAA and NTSB to conduct the investigation on the cause of the accident.