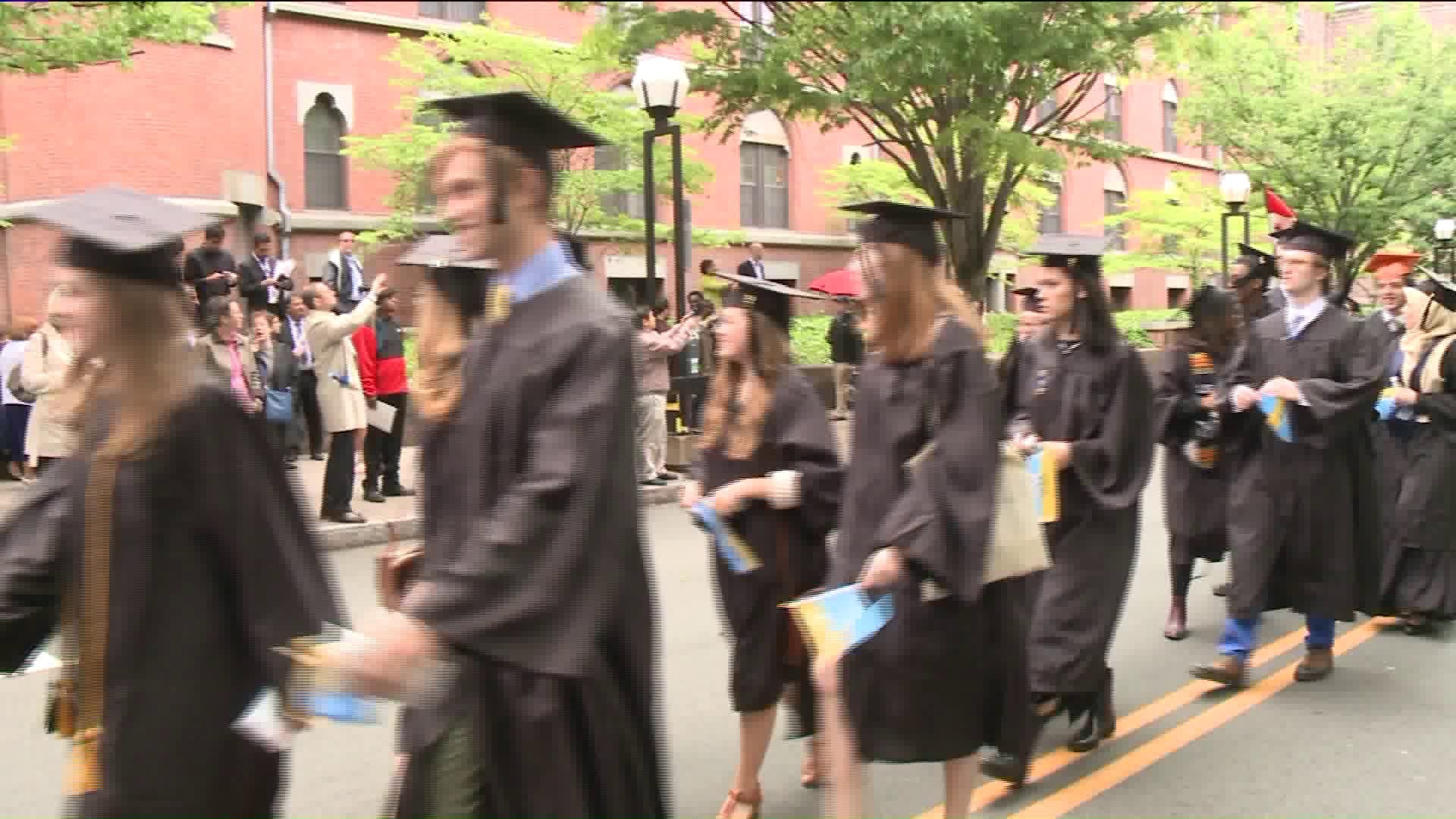 NEW HAVEN -- It all comes down to this.

Yale University commencement the result of thousands of hours of studying and hundreds of thousands of dollars in bills. Ain’t nothing gonna stop these students from entering the world, even the threat of rain?

The students of Pierson College brought their own sunshine, and lots of it, on  their caps. According to graduate Steven Roets of Wisconsin, “The sun is always shining in Pierson College.”

But amidst all the pomp and circumstance – the reality that these young men and women are about to enter the real world, armed only with their intelligence, and some wise wisdom they learned along the way.

For Chelsea Clark of Atlanta,“Believe in your self, don’t get down on yourself, keep pushing forward , there’s so much more to come”.

And Lindsey Efflandt of Chicago, “Never give up."