NEW HAVEN – In 2016, the City of New Haven launched the “New Long Wharf” initiative. Monday morning, Mayor Toni Harp presided over the grand opening of a ... 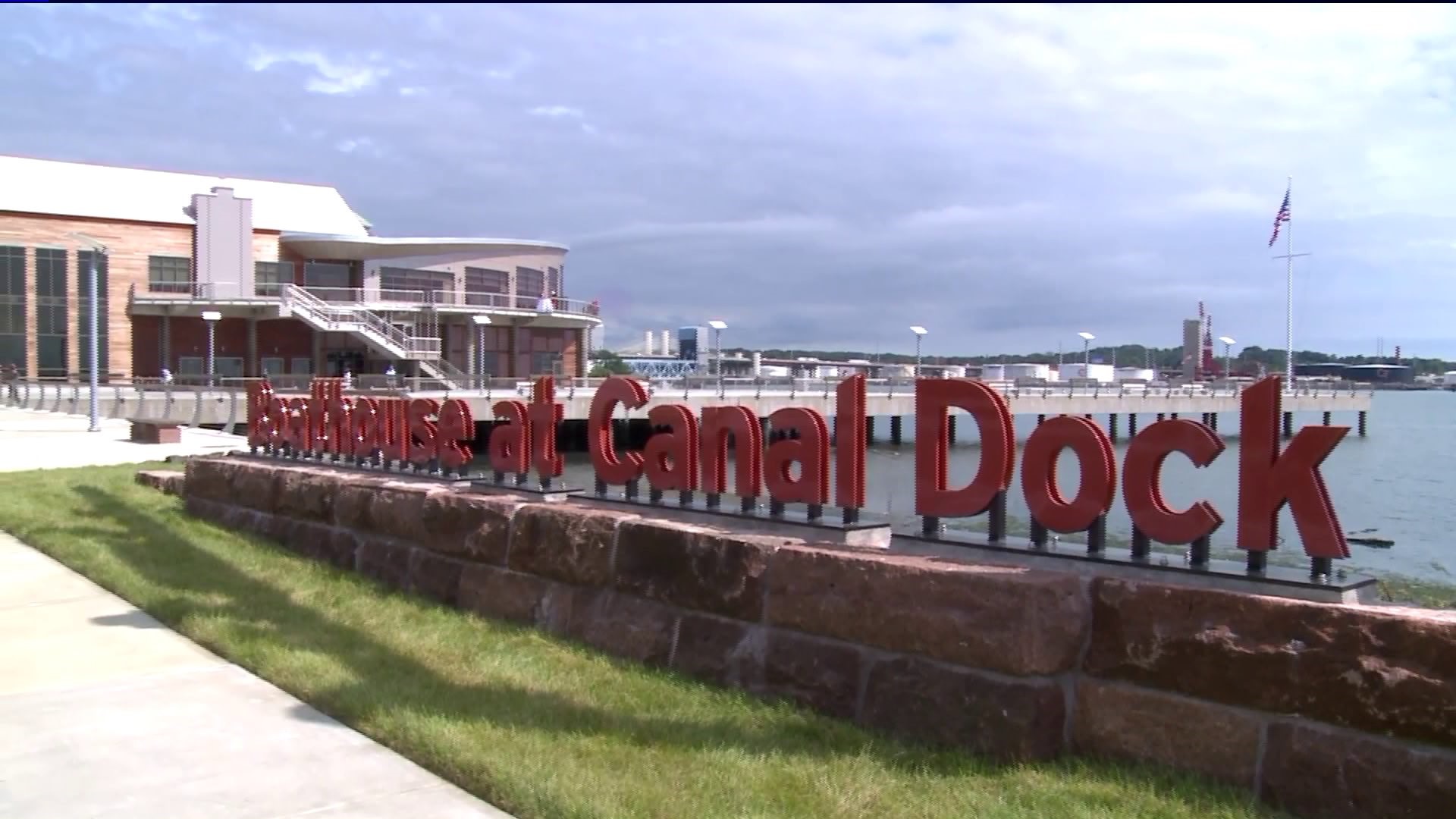 Monday morning, Mayor Toni Harp presided over the grand opening of a brand new boat house, which is being called a “Lighthouse” by some, because the hope is it will be a beacon for continued development to reconnect the city with the waterfront.

The Canal Dock Boathouse, on Long Wharf Drive, was 20 years in the making.

The history includes the Adee Memorial Boathouse, which sat on the opposite side of New Haven Harbor, at the beginning of the Quinnipiac River.

But, that boat house was demolished in 2007 to make way for the new Pearl Harbor Memorial Bridge. So, the city worked with federal and state partners on a mitigation program, which included $30 million of federal money to build a $40 million multi-purpose boathouse.

One of the tenants of the building will be the University of New Haven, whose President, Steven H. Kaplan, calls the facility the "perfect home for our cutting edge Marine Sciences program, which is already considered one of the best in the nation."

The two-story boat house is 30,000 square feet. It includes event space and pieces of the previous boat house showcased throughout.

Nearly 100 New Haven students, who were part of a rowing club, will now train out of this facility, which is open to anyone.

"If you don’t know how to row, you can take rowing lessons and then become a member (of the club)," said Pescatore. "You can also pay to store your canoe, your kayak or your rowing shell or your paddle board here at the boathouse."

If you’d like to learn more about the Boathouse at Canal Dock, you can visit Saturday for the community open house. For more information, click here.