NEW BRITAIN- Five days a week for the past 30 weeks, 42 police recruits spent more than 15,00 hours on the grueling, but necessary training to become a CT State... 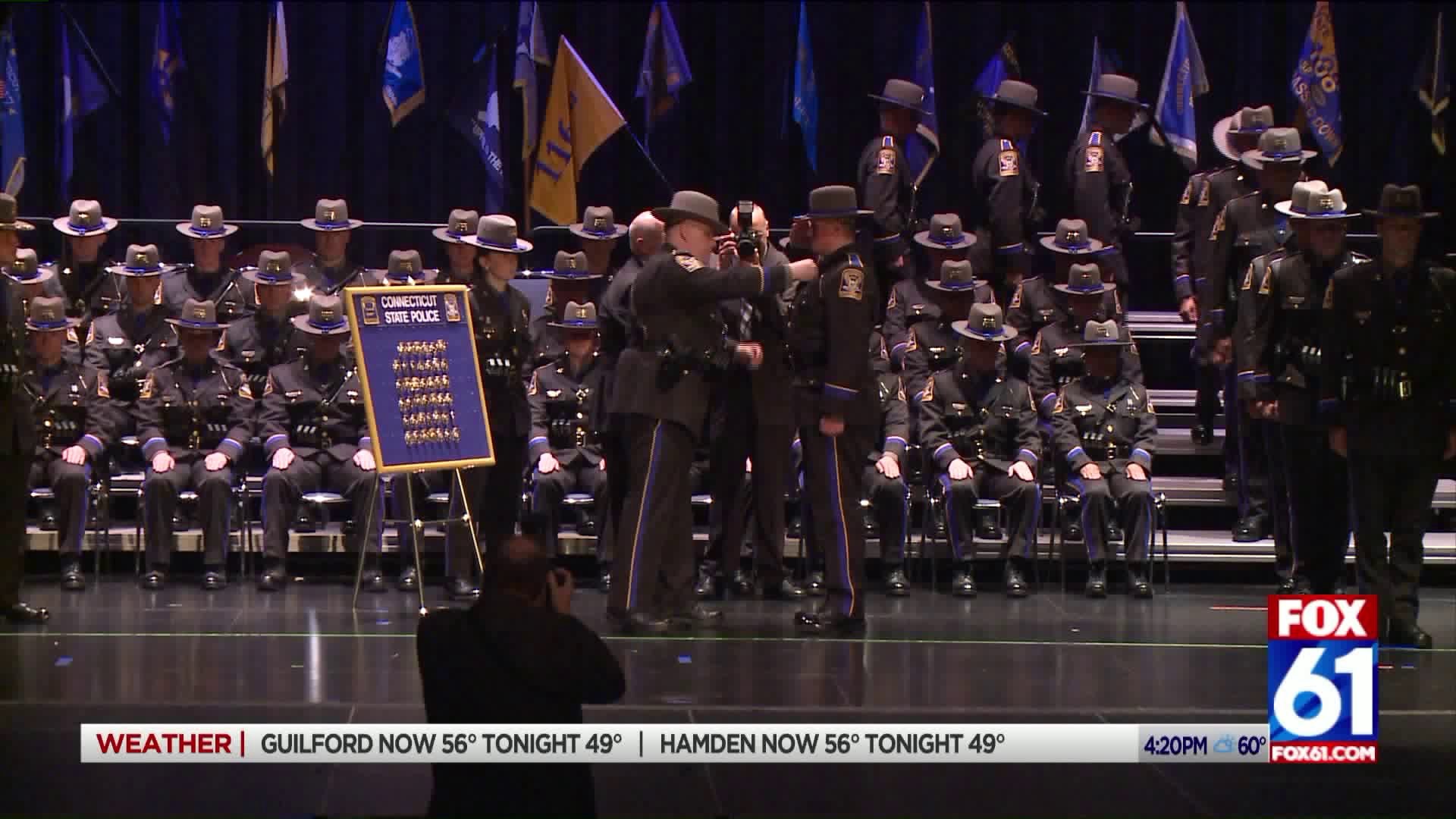 NEW BRITAIN- Five days a week for the past 30 weeks, 42 police recruits spent more than 15,00 hours on the grueling, but necessary training to become a CT State Police Trooper.

"You're there on a day-to-day basis," says Rochette. "Dad goes to work every day, comes home and you ask him what happened and it was just something he was very interested in from the beginning."

Salvatore Nesci is a retired officer from Meriden and adjunct professor at Post University. His son is currently a UCONN police officer. His other son, Sebastian, graduated from the State Police Academy Thursday afternoon.

"Being able to be on the stage and watching them graduate, being here to pin my son with a badge today is incredibly rewarding for me personally and professionally," says Nesci, whose wife and daughter are also graduating with their bachelor's and master's degrees this weekend.

As the 127th graduating class heads to their respective troops, the State Police is recruiting for the 128th class.

The trainees turned troopers will tell you it wasn't easy.

"If and when we graduate. We've heard it plenty of times, even just yesterday," says Samantha Hayes, who is heading to Troop H in Hartford. "These grueling seven months have definitely been an eye opener to our strengths and our weaknesses."

Yet, they say the academy is tough because the job is tough.  Those who have made it through the academy, and a full career, say every minute is worth it.

"It's one of the best jobs you can have," says Rochette.

The state police are recruiting through the end of May. You can get in touch with a recruiter here.