HARTFORD — Six activists are facing misdemeanor charges after police say they attempted to disrupt the state Legislature to voice their concerns about the state... 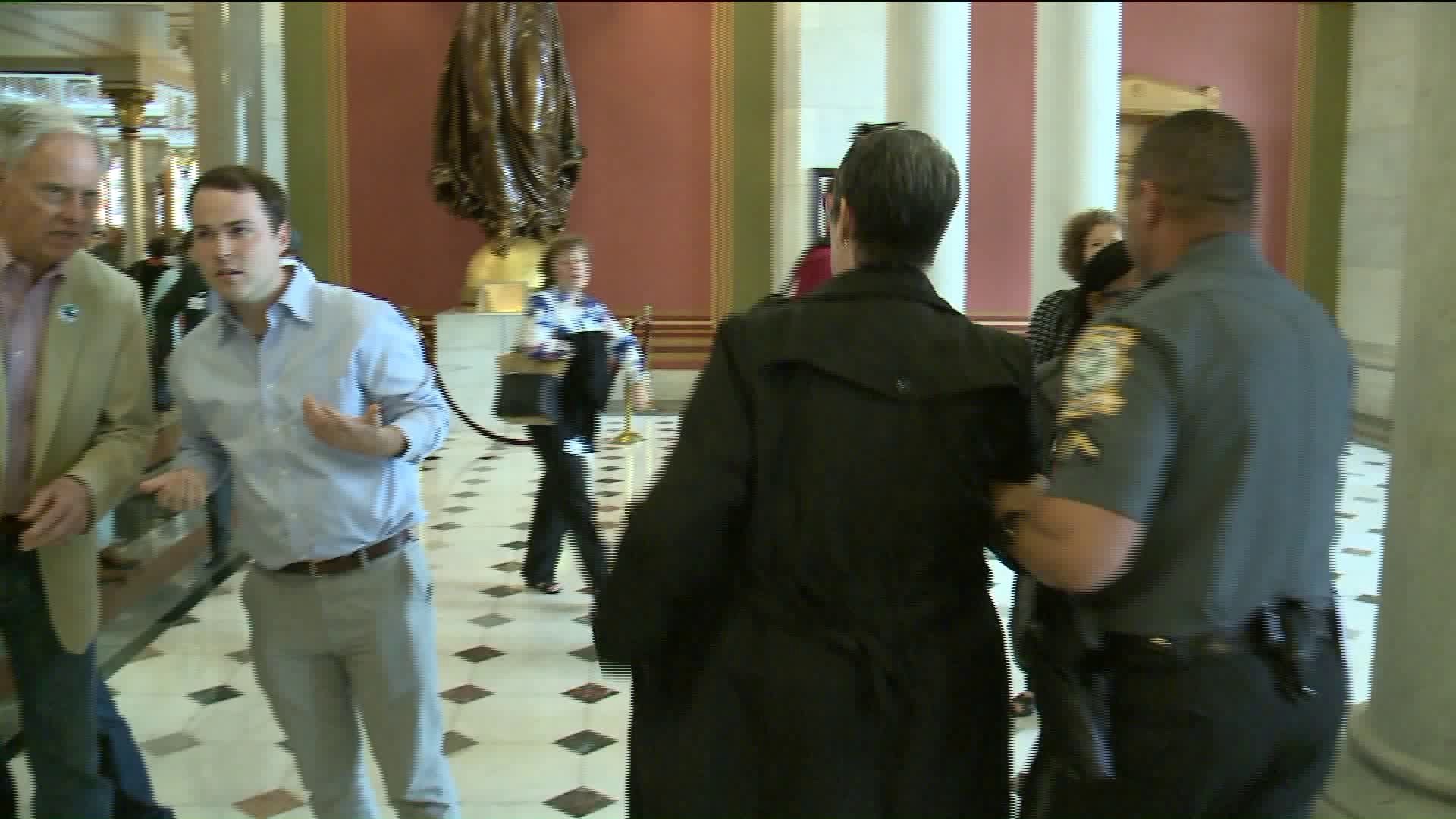 HARTFORD — Six activists are facing misdemeanor charges after police say they attempted to disrupt the state Legislature to voice their concerns about the state budget.

State Capitol Police on Monday charged the protesters with interference with the General Assembly. Five of the six were also charged with disorderly conduct.

"What is right, what is fair, what is just ought to be very clear. At the end of these policies that are created and legislated here, there are real people," said Bishop John Selders, Co-founder of Moral Monday CT and one of the 6 who were arrested.

The group began the afternoon by delivering a letter to state leaders signed by 114 clergy from around Connecticut.

The letter read in part, "The crafting of our state's fiscal policies to meet the interests of the economically privileged, specifically the top 1%, is myopic and immoral. An austerity budget as it is being crafted will benefit the few, who by no means live on an austerity budget, and will deprive the many, who do. It is not too late to reverse course."

"It's really ironic that in a state as wealthy as Connecticut that our lawmakers would be considering making cuts against those that are the most vulnerable and poor among us," said Rev. Kent Siladi, Conference Minister of the Connecticut Conference of the United Church of Christ and among those who were arrested.

He said, "We're here as a people of faith to stand up for them."

During their demonstration, the clergy members, advocates and activists prayed as a group in the Capitol's north rotunda. Police moved in when they began to sing.

Police say they began singing loudly and chanting, causing a disturbance. When they refused to stop, police say the group was asked to exit the building. While some people left, others refused to go. Those who refused were arrested.

The group is calling on lawmakers to reject drastic cuts to human services and instead "embrace revenue options" such as higher taxes on the wealthy and a tax on sugary beverages.