WETHERSFIELD —  Since January, Alan Dornan of Wethersfield has walked two miles every day around his neighborhood, carrying a sign that says, “I Walk For ... 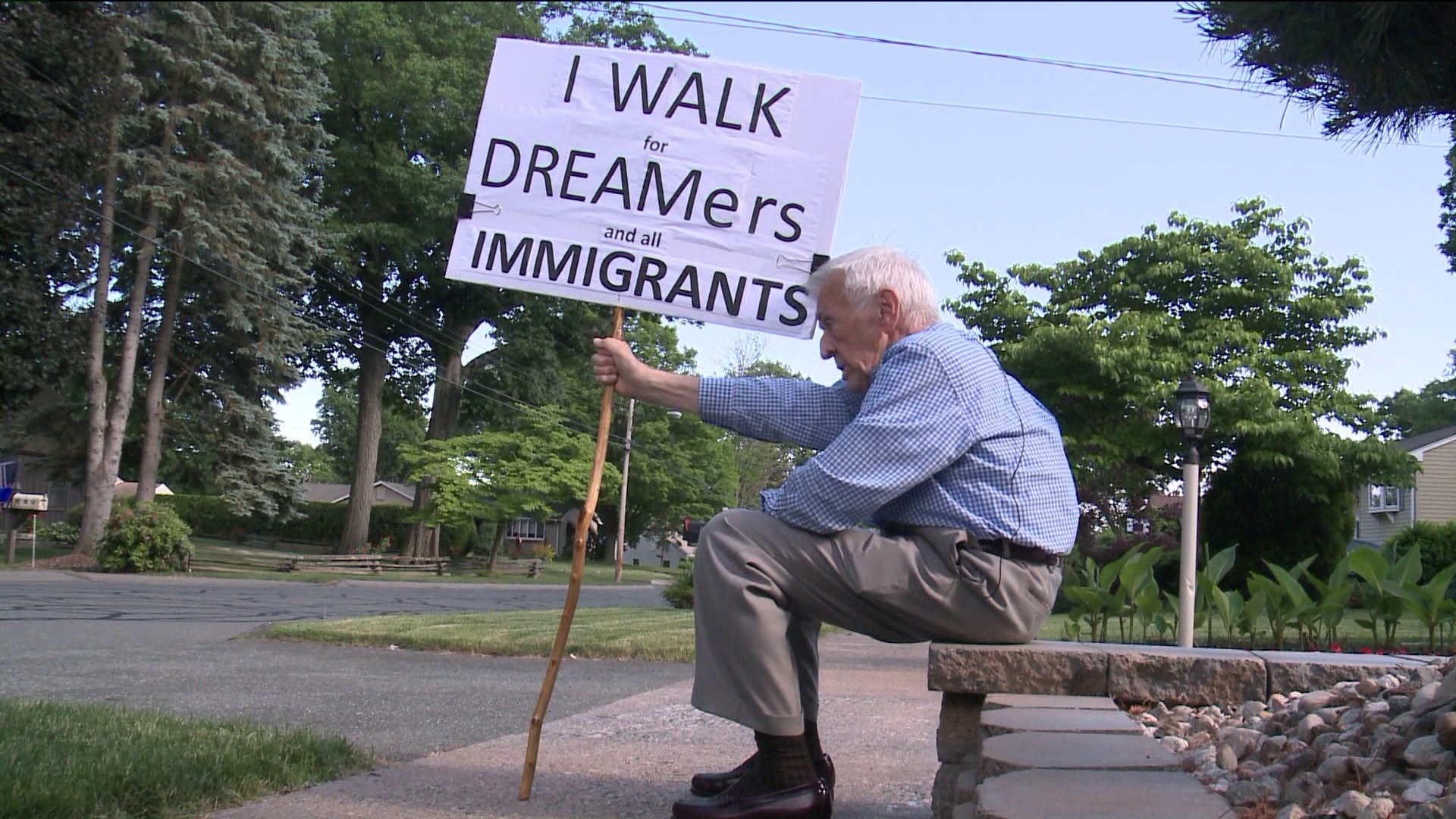 WETHERSFIELD --  Since January, Alan Dornan of Wethersfield has walked two miles every day around his neighborhood, carrying a sign that says, “I Walk For Dreamers and all Immigrants.”

The 78-year-old makes his daily walk despite scoliosis and severe stenosis. He said it's part of a new life calling.

“There is a full-scale attack that is taking place to eliminate these immigrants from America,” said Dornan.

His walks recently caught Chelsea Clinton’s attention. Clinton tweeted her support of Dornan on June 11th, thanking him for his walks and saying he inspires her.

Dornan is now receiving hundreds of notes from immigrants, expressing everything from gratitude to their fears of deportation.

He said his dedication stems from his own childhood, as the son of immigrants.

Dornan said he was able to realize his dreams and see tomorrow as a brighter day. Now, he said, the narrative is darker.

His goal moving forward is to educate and inform.

“Most Americans, I’ve found out are good people,” said Dornan. “But they don’t understand the issue.”

Dornan said he will continue to walk with his sign for as long as he can.

“I will never stop walking until I’m physically unable to walk,” said Dornan. “And then I’ll buy a wheelchair and I’ll use my own wheelchair.”