VERNON – Graduation season is upon us and in the sea of graduates at Rockville High School, one person, stood out from the rest. 90-year-old United States Navy ... 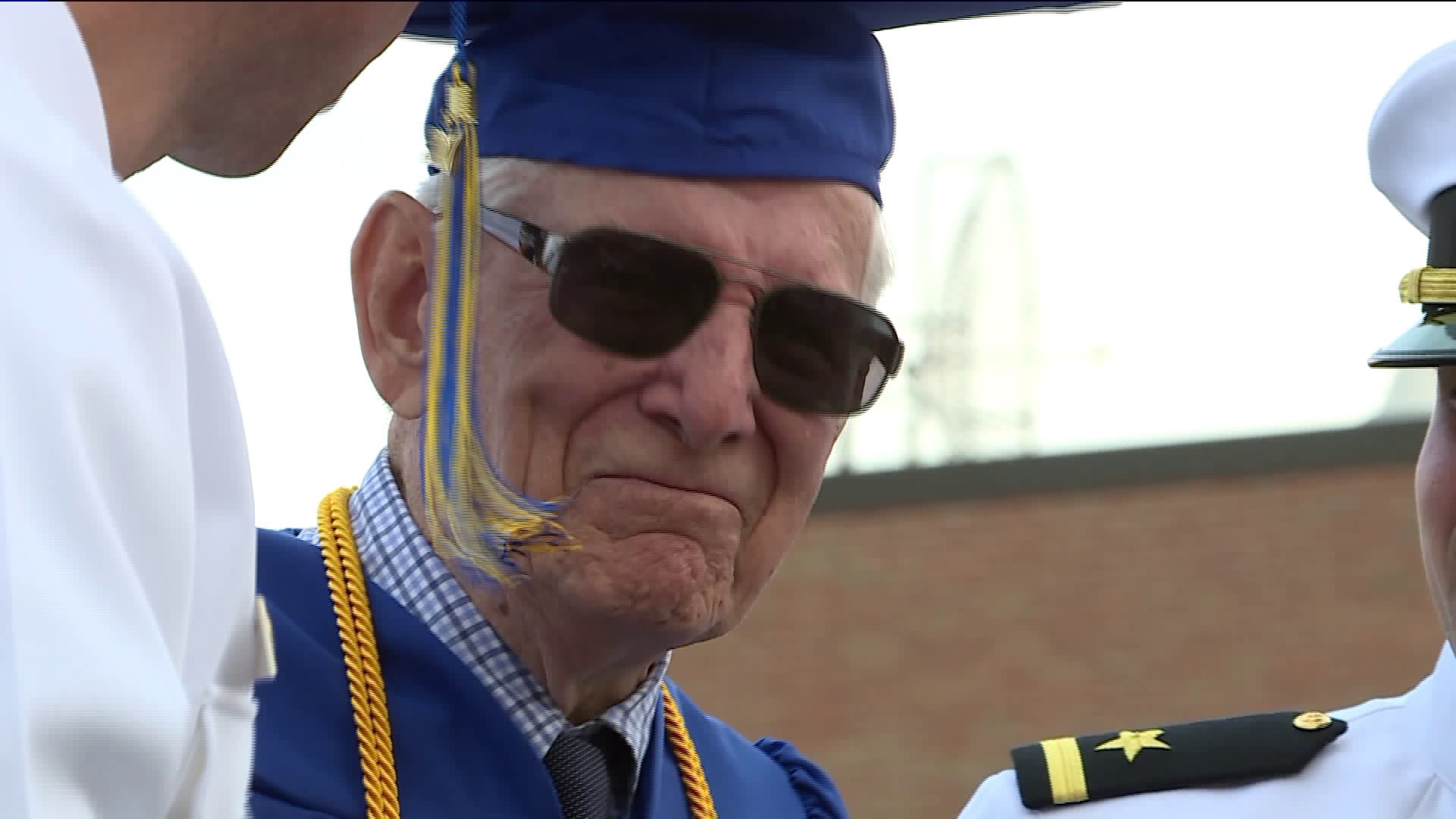 VERNON – Graduation season is upon us and in the sea of graduates at Rockville High School, one person, stood out from the rest.

90-year-old United States Navy Veteran William Tobin was among the nearly 180 students that received diplomas, Thursday. Tobin left Connecticut to serve in World War II when he was in high school so he was never able to get his degree.

The veteran said he was in for eight years, four years active duty, where he went to Saipan, Guam and several other islands on Higgins boats.

“There were some good times but there were a lot of bad times. I’ve seen a guy with his arm blown off, leg blown off,” Tobin said. “The greatest thing was coming home from the service, I never thought I would.”

When he returned back to Connecticut he built a family and a 50 year career as an electrician.

“I wanted to learn how to fly, I learned,” he said. “I wanted to build a house, I did it, I wanted three daughters and I got them.”

He always wanted to get his high school degree, so a few months ago he reached out to Rockville High School to see how it could be possible.

Principal Andy Rockett said as authorized by the state, Tobin could get his diploma because was removed from high school to serve, which he did so honorably. He said the Vernon resident met the requirements needed.

Tobin also told FOX61, while serving, there was a teacher on board of the boats that would instruct the men in different courses for credit.

At Thursday’s graduation ceremony, Rockett who is also a veteran, took time to honor all the other veterans in the audience, and students joining the military.

Tobin walked with the students and received his diploma, greeted by several members of the Navy and a standing ovation.

"When I got my diploma, they shook my hand, they all cheered for me,” he said. "I cried."

After graduation, Tobin said he was going to celebrate with his family and hang his diploma on his wall.