HARTFORD – If you looked up in the sky in Hartford on Friday, the birds and planes were visible, and, by Connecticut Children’s Medical Center you’d see Superma... 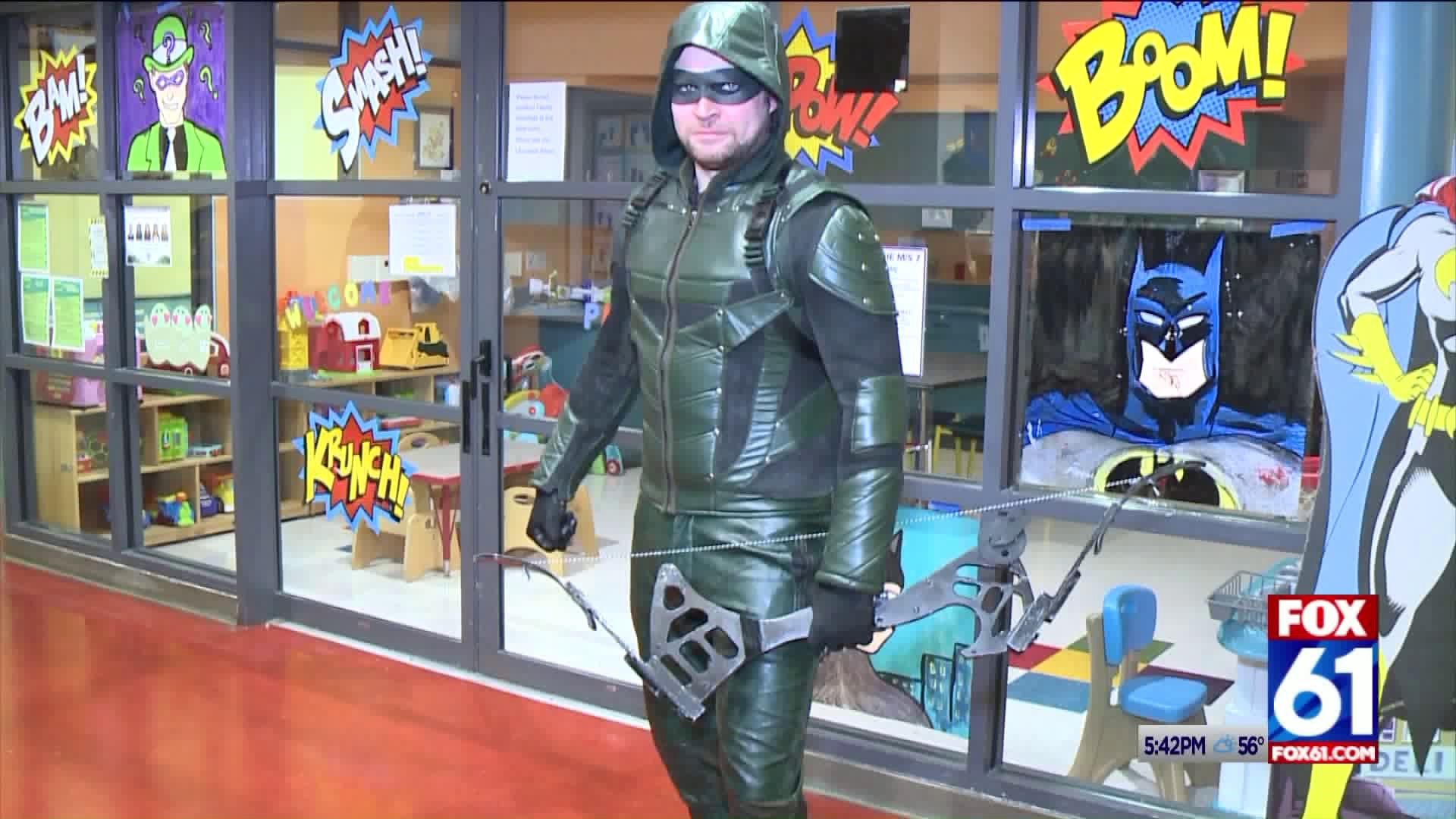 HARTFORD – If you looked up in the sky in Hartford on Friday, the birds and planes were visible, and, by Connecticut Children’s Medical Center you’d see Superman as well.

In celebration of National Superheroes Day, Connecticut Children’s always holds a celebration where doctors, nurses, and hospital staffers dress for success in their favorite superhero garb. Katie Robbins, who works with patients and families at Connecticut Children’s said, “it’s an awesome way for patients and their families to take off some stress of any of the medical things going on.”

Back for another year, the team from Tri-State Building Services who don superhero costumes and head over the edge of the hospital. They are window washers turned crime fighters and descend down the building to the delight of the kids in the hospital watching. This year, Captain America and Superman were joined by a special guest – Dr. Jon Martin, a pediatric neurosurgeon on staff who changed into his Dr. Strange outfit and headed downward. “Kids need something to smile about,” Martin said.  “This institution is all about making sure that happens and I’m just a part of that plan.”

From the ground level, Hartford Police Motorcycle officers showed up revving their engines and in costume. This was the sixth year that Connecticut Children’s held the Superhero event.