CHESHIRE — The family of Alyssa Naeher, the goalie for the U.S. women’s national team, held a watch party as they looked at the screen thousands of miles ... 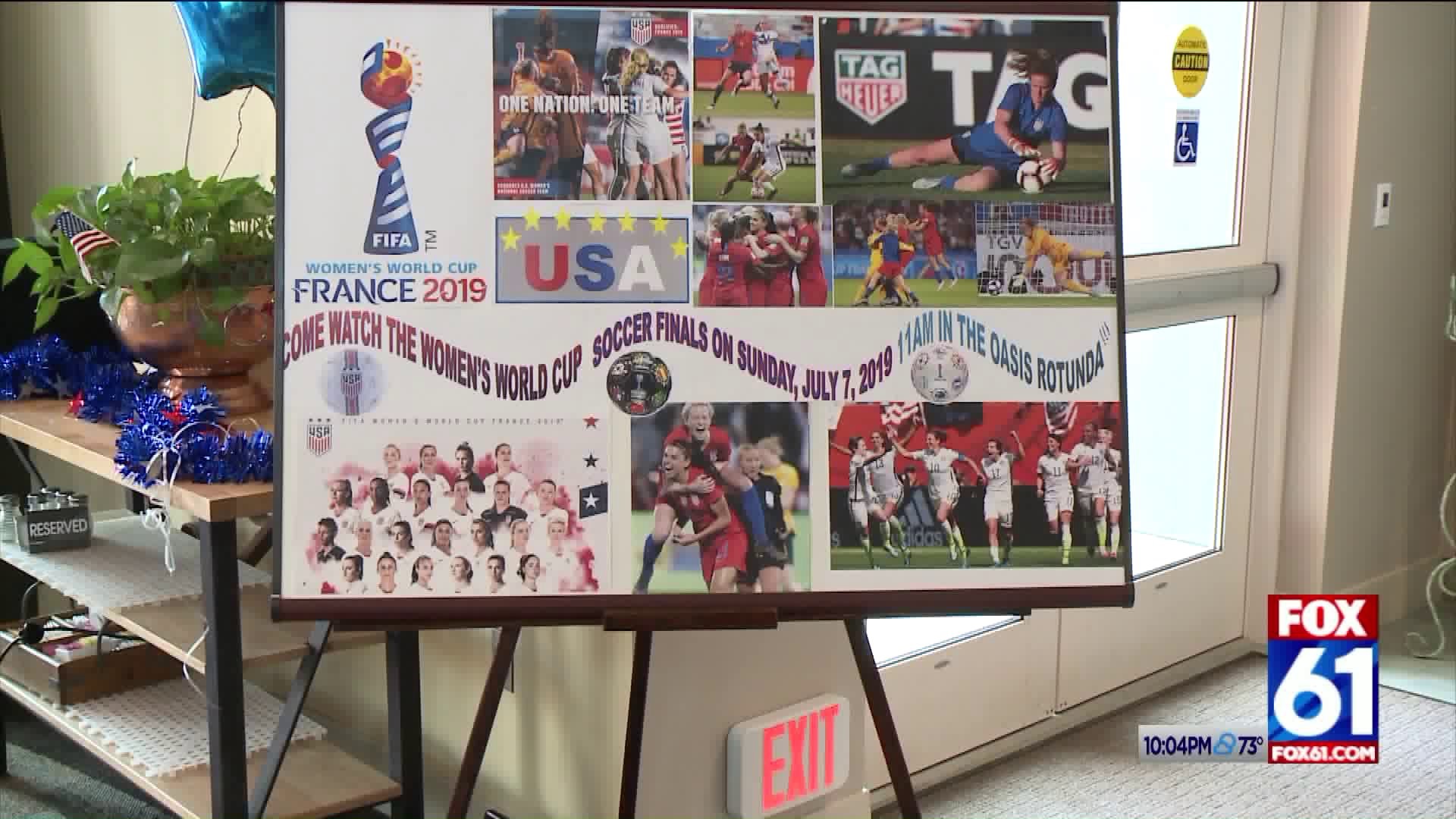 CHESHIRE -- The family of Alyssa Naeher, the goalie for the U.S. women’s national team, held a watch party as they looked at the screen thousands of miles away from the World Cup to show their support.

Lorna Tyrrell, Naeher’s cousin was elected the spokesperson for the family. Tyrrell said, “It’s really surreal, we’ve been talking about this for the past 25 years you know waiting for it to happen and we are so excited that it’s happening.”

Naeher represented not only the USA, but Connecticut as well and her family says she is humbled by the experience.

Tyrrell said, “She is giving a lot of the glory to god, you know we’ve been praying that she get here and she has and she is not taking it all on herself.”

Alyssa’s grandmother, 100-year-old Helen Taylor, says she didn’t care if her granddaughter won or loss, just that she was safe and had a good time. The event was held at  Elim Park Retirement Community in Cheshire.

Taylor said, “ I just hope that everything will be alright… that she won’t get hurt and I just pray for the whole team.”

Taylor says even when Alyssa was small her family always supported her achieving her dreams in the world of sports.

Taylor said, “When their little sister was in school… some of the girls they asked, they told her your girls, your sisters are tomboys and she said oh no they are not. She said they are athletes.”

Alyssa hamily say they hope she felt their thoughts and prayers as she competed in the World Cup.

Tyrrell said,: “We love that she is getting her moment in the sun.”

Kyle Taylor, Alyssa’s In-Law said,  “ That’s what family does, we support and think they are the best, but no she truly has worked so hard just going to tournaments during holidays and just being away in all of her practices and just really preparing herself for where she is today.”