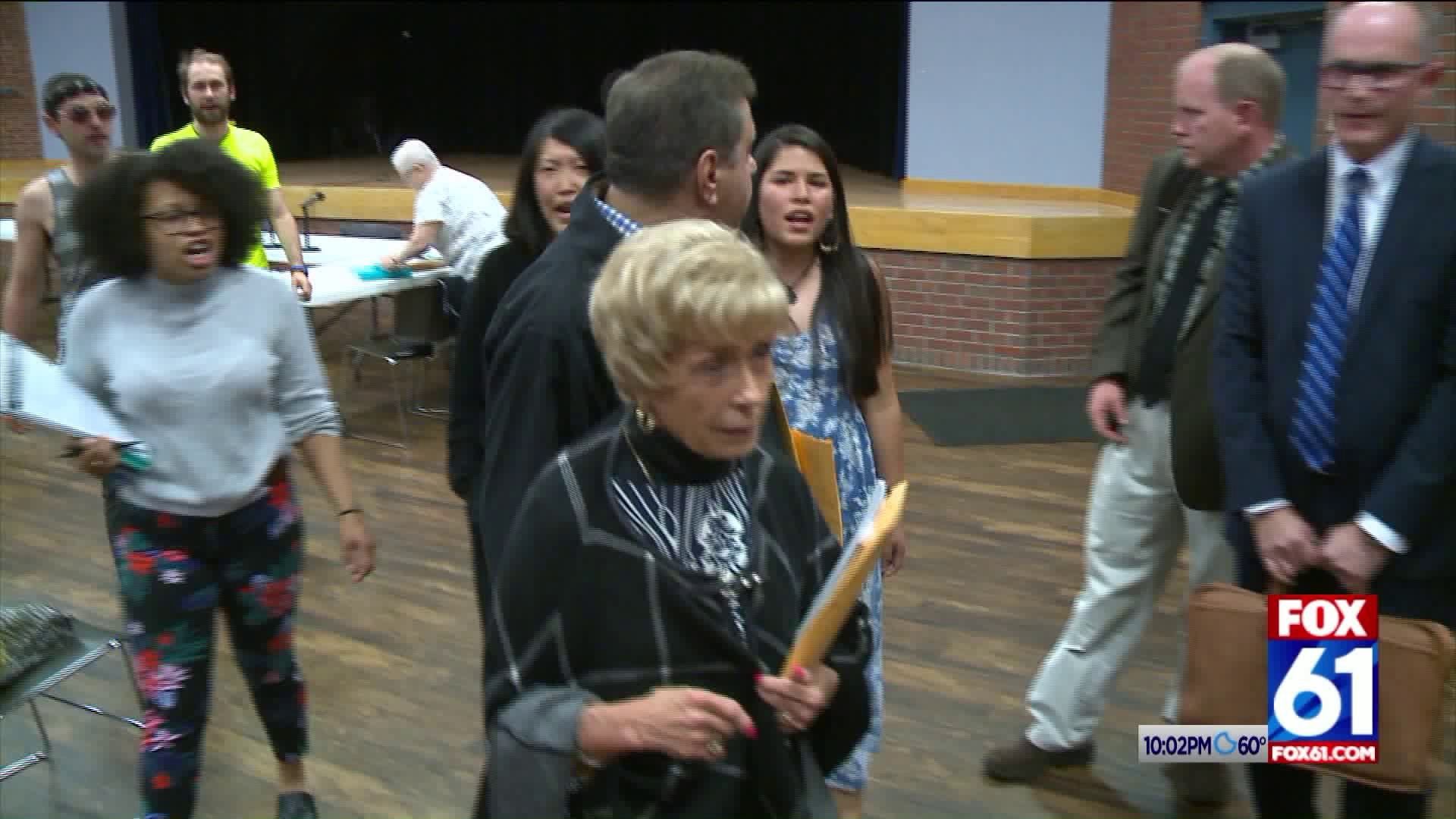 On Wednesday night, activists interrupted a Hamden Police Commission meeting, shouting and demanding justice and the immediate firing of Eaton. One protester took the microphone from Michael Iezzi, the chairman of the commission, and began chanting, “If we don’t get it, shut it down!”

The Hamden Police Commission oversees the police department and fields complaints people have against the department as a whole or against specific officers.

But Iezzi said he does not have the authority to fire Officer Eaton.

“That is not within the responsibility of the police commission,” said Iezzi. “It has to be presented to them after it’s investigated.”

As the commission meeting ended in chaos, protesters followed members out of the building, chanting, “Justice for Stephanie!”

“I don’t think anybody’s taking us seriously,” said Hamden resident Rhonda Caldwell. “We are really serious. We really, really are not going to go away.”

A Quinnipiac poll released Wednesday found that a majority of Hamden residents believe the shooting was not justified.

The officers are both on paid leave as multiple investigations are underway, including one by Connecticut State Police and the State’s Attorney, as well as an internal investigation.