HARTFORD — A group of bikers, doctors, law enforcement and lawmakers spoke out on Tuesday in support of a “Universal Helmet” law in Connecticut. “When you look ... 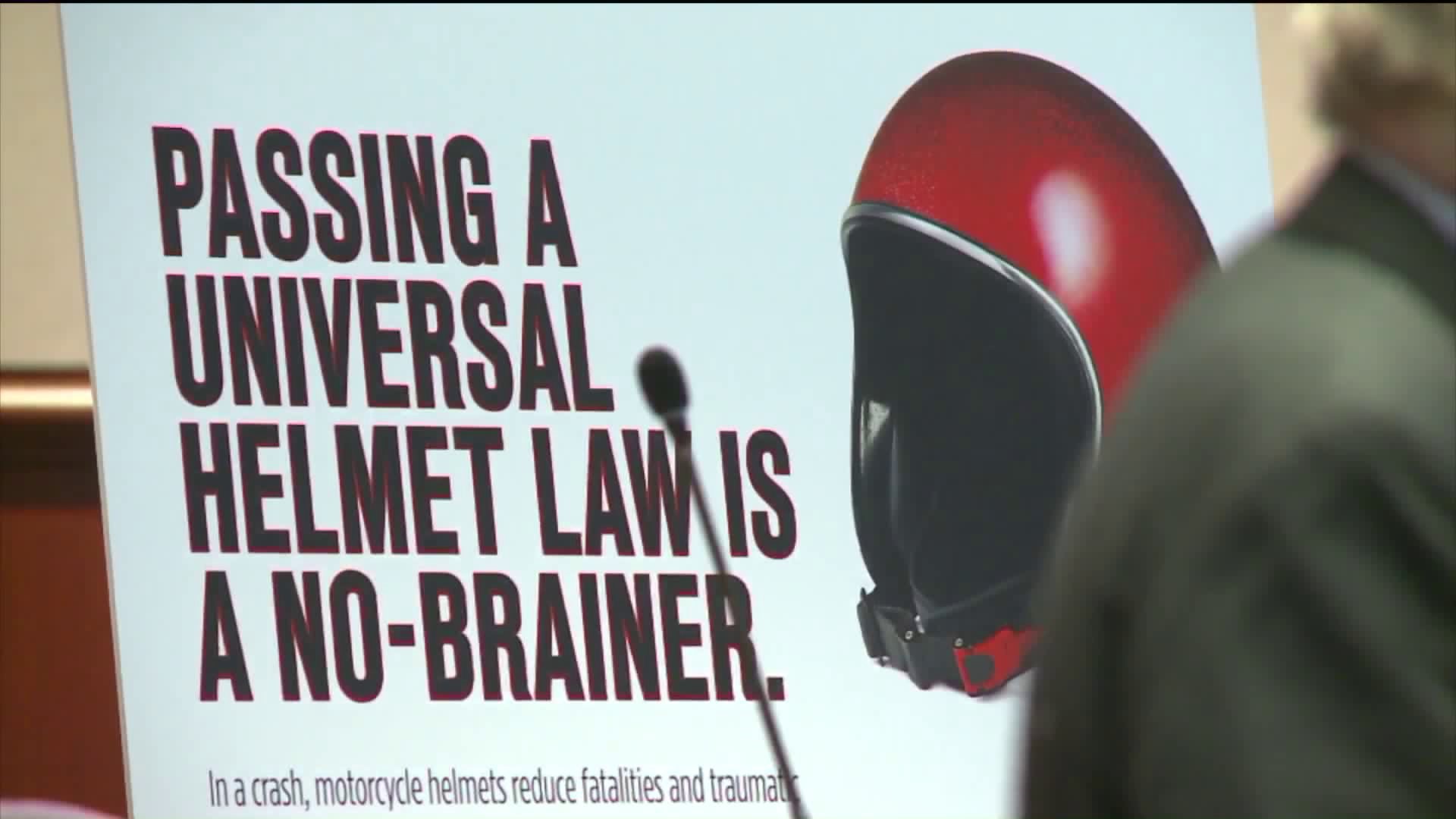 HARTFORD — A group of bikers, doctors, law enforcement and lawmakers spoke out on Tuesday in support of a “Universal Helmet” law in Connecticut.

“When you look at all causes and preventable causes of death, traffic causes are a leading cause,” Dr. Gary Lapitus said.

Lapitus is the director of the Injury Prevention Center at Hartford Hospital. He said motorcycle crash related deaths are a leading part of that.

The proposed bill would require people of all ages to wear protective head gear while operating a motorcycle.

“It is common sense public health that is going to keep them and others safe and even if they don’t want it’s going to protect other people,” Representative Jillian Gilchrest said.

Those who are against the bill say it comes down to choice.

“We have no problem wearing helmets we have a problem with mandatory of using of helmets saying you have to do this or else you get fined or god knows what else,” lobbyist for the Connecticut Motorcycle Riders Association James Duffy said.

Lawmakers recently held a public hearing for the bill, up next is a committee vote.