After a decade and a half, CT Roller Derby League keeps spinning

It’s a little bit hockey, a little rugby and some football all in one, but it’s on skates. It is the Connecticut Roller Derby League, a premier program where do... 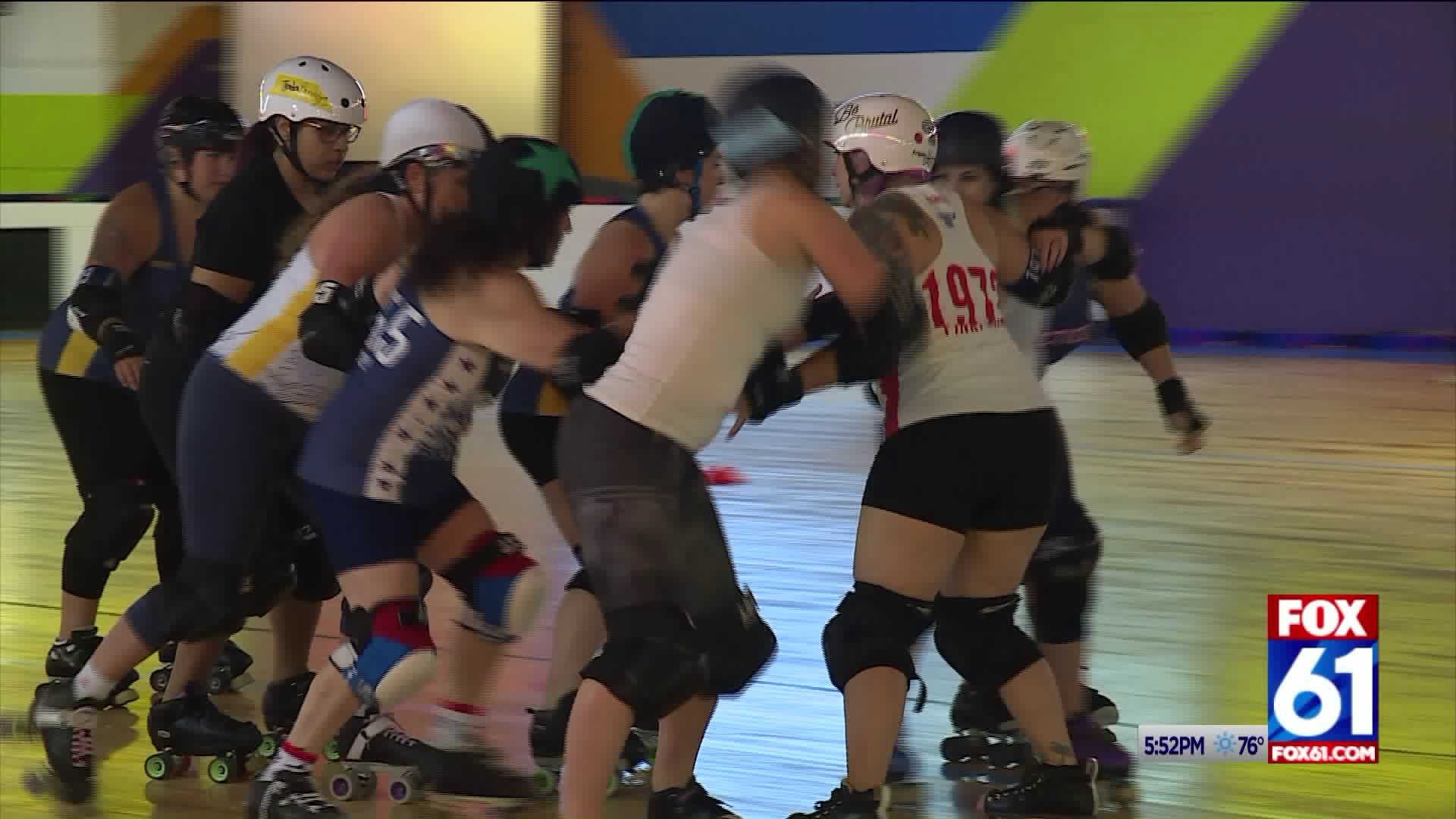 It’s a little bit hockey, a little rugby and some football all in one, but it’s on skates.

It is the Connecticut Roller Derby League, a premier program where dozens of woman compete every week.

Whether it’s “Pickle” or “Roc Petty” or “Rampage”, there are roughly 70 skaters spread across three Connecticut teams (All Stars, Yankee Brutals & Cutthroats) that compete locally and beyond.

And these athletes work tirelessly on their craft, practicing three times a week preparing for the physical toll of the fast game.

“Our jams are two minutes sometimes and you have to be able to have endurance,” quipped Pinky Nails of the Yankee Brutals.

By day these skaters work typical jobs, some in offices, but by night, it’s all about the fun of battling other teams.

“I’m the oldest here in Connecticut Roller Derby,” said Legz Zeppelin of the Cutthroats. “I was 49 when I started three years ago and it’s been an amazing roller coaster journey, it’s been awesome.”

And, in its 14th year, the league is going strong.

“There’s a lot of passion and we’re set up to be athletes, to be role models and to have a great time,” said the leagues Bout Director, SmacaDameUNut CookE.

The season is in full swing and the next big bout is June 22nd in Trumbull where teams from New York and New Hampshire will compete against Connecticut’s finest skaters and hardest hitters.

To learn more on the league, including schedule and rules, visit ctrollerderby.com.