After Texas church shooting, ‘most of our church family is gone’

SUTHERLAND SPRINGS, TX — The gunman who killed 26 people inside a small Texas church on Sunday was armed with an assault rifle, 15 loaded magazines and an...

SUTHERLAND SPRINGS, TX — The gunman who killed 26 people inside a small Texas church on Sunday was armed with an assault rifle, 15 loaded magazines and an obsession with a family dispute.

As investigators start to piece together a picture of Devin Patrick Kelley, more clues have emerged over the deadliest shooting in Texas history, in which the gunman massacred parishioners ranging in age from 17 months to 77 years old.

The gunman, who had a record of violence, was obsessed with a domestic dispute, officials said. He sent threatening text messages to his mother-in-law and texted her as recently as Sunday morning — not long before he carried out the mass shooting, authorities said.

“There are many ways that he could have taken care of the mother-in-law without coming with 15 loaded magazines and an assault rifle to a church,” Freeman Martin of the Texas Department of Public Safety said. “I think he came here with a purpose and a mission.” 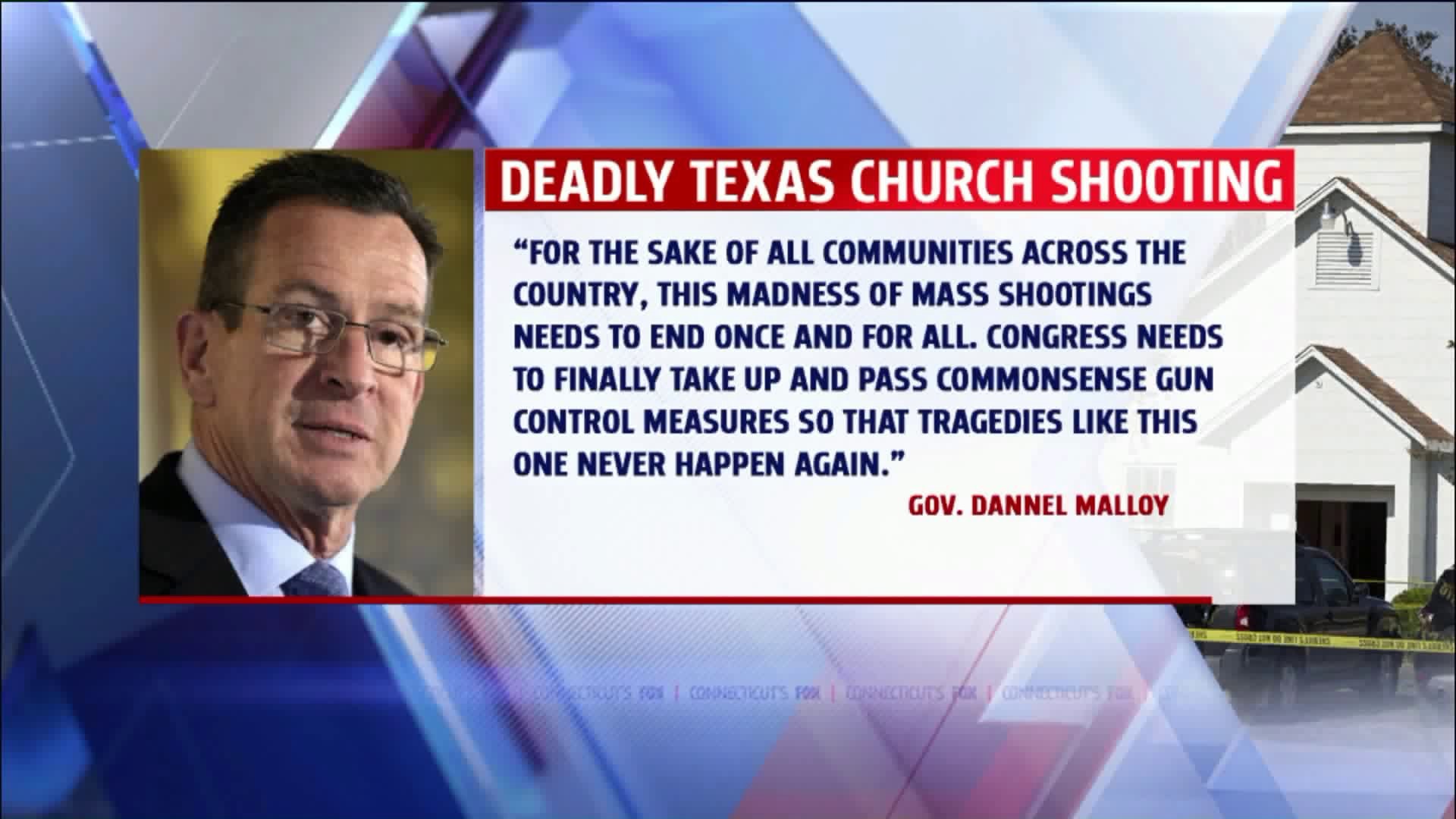 Learning more about the shooter

Officials had said there was a domestic situation involving Kelley, but didn't go into any details.

"This was not racially motivated. It wasn't over religious beliefs. There was a domestic situation going on with the family and in-laws," said Christopher Combs, the special agent in charge of the FBI's San Antonio division.

Kelley had also expressed anger toward his mother-in-law, who attended the church, Martin said. She was not inside the First Baptist Church in Sutherland Springs when Kelley sprayed the congregation with gunfire.

But his grandmother-in-law was killed during the attack, multiple friends of the woman told CNN. Lula White, was the grandmother of Kelley's wife and often volunteered at the church, according to friends and her Facebook profile.

Public records and those who knew Kelley describe a troubling history.

Christopher Leo Longoria who went to high school with him said Kelley would focus on women's reactions and that it would "creep out the ladies." Longoria said he had recently unfriended him on Facebook because Kelley was launching into online personal attacks against his friends.

"He was also posting a lot of non-God beliefs, atheism, a lot of gun violence and a lot of weapons that he was into," Longoria told CNN's Don Lemon.

Kelley had served at the Holloman Air Force Base in New Mexico from 2010, but was discharged in 2014. He had been court-martialed in 2012 for assault on his spouse and child, according to Air Force spokeswoman Ann Stefanek. He served a year in military prison and received a bad conduct discharge after several incidents involving his ex-wife and stepson.

Kelley was involved in "multiple occasions of domestic abuse" against his wife and stepson, said Don Christensen, the former Air Force chief prosecutor when Kelley was sentenced.

He said Kelley "violently" shook his son and the child "suffered fractures, had a subdural hematoma." A subdural hematoma is a severe head injury in which there's bleeding between the skull and the brain.

Kelley "admitted to, out of anger, pushing his son down and injuring him," Christensen said.

In August, 2014, Kelley was arrested on an animal cruelty charge in El Paso County, Colorado, after a witness said he had punched a dog, grabbed it by the neck and dragged the animal. Kelley denied the account and was issued a summons but didn't spend any time in jail.

'Most of our church family is gone'

Authorities said 4% of the small town's population was killed in the shooting.

In all, eight members of the Holcombe family spanning three generations, including a pregnant woman and three of her children, were killed, said Ron Scott, the visiting pastor's first cousin said.

Standing outside the family farm in Floresville, Texas, Scott Holcombe tearfully spoke about his deceased parents, Bryan and Karla Holcombe, and the rest of the family members lost in the shooting.

He said he had met the gunman and was confident Kelley would have known and spoken to every single person in that church community.

Kelley had emptied 15 magazines -- about 450 rounds -- at First Baptist Church, leaving such extensive destruction that the pastor's wife, Sherri Pomeroy said: "Most of our church family is gone, our building is probably beyond repair."

As Kelley left the church, he was confronted by a local resident, Stephen Willeford who had run out of his house with his gun. He was shot twice by Willeford, law enforcement said. Then Kelley fled in a car, chased by Willeford and a witness, Johnnie Langendorff.

After Kelley was shot, he called his father, telling him he didn't think he was going to make it, Martin said. That's when Kelley shot himself.

The chase ended with his car in a ditch and the gunman found dead.

The pastor, Frank Pomeroy and his wife had been out of state when the shooting occurred, but their 14-year-old daughter, Annabelle Pomeroy, was killed in the attack.

In an emotional press conference on Monday, the pastor said: "I don't understand, but I know my God does."